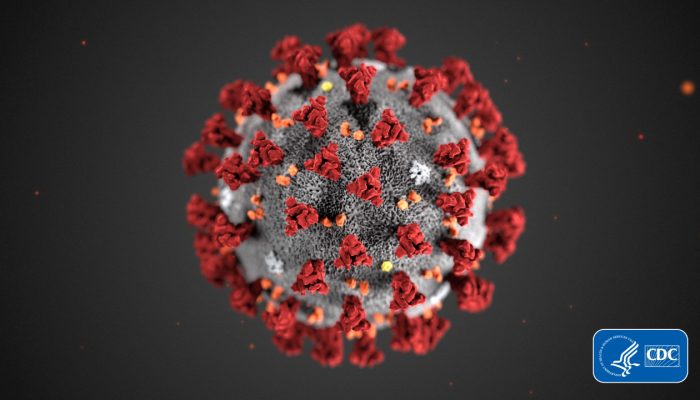 AUSTIN (KXAN) — While Austin-Travis County’s Interim Health Authority Dr. Mark Escott says COVID-19 testing in Texas will be more “plentiful” in the next sixty days, he’s also concerned that fraudulent and deceptive COVID-19 testing is being carried out in the region.

“I think the community should be very wary regarding the antibody testing that’s currently being successfully marketed across the state of Texas,” Escott said.

The CDC is also evaluating commercially manufactured serologic tests along with other federal agencies, which is expected to be complete in late April.

“Serologic test results have limitations that make them less than ideal tools for diagnosing people who are sick,” the CDC notes adding that while these tests are increasingly available, the test may not find antibodies in someone with a current COVID-19 infection or someone who hasn’t developed antibodies.

“These antibody tests are not FDA approved and they are not accurate.”

“Many of these tests are being shipped from China in bulk, these companies are only accepting cash for these test kits and they are virtually useless at this stage,” Escott said.

While he acknowledged these antibody tests could be useful in academic settings and research purposes, he advised that they are not useful for determining if people are sick right now. He also acknowledged that better versions of these tests may be available in the future and that these tests may be useful in certain settings down the road, such as in emergency departments.

But for people who are looking to find out whether they have COVID-19 right now, Escott encourages them to rely on the nasal swab tests that have already been approved.

He noted that these tests are marketed as testing for IgM and IgG antibodies and are trying to meet the demand for people who are worried and looking for a test.

He noted that many of these tests can react to other common coronaviruses which are not COVID-19. Escott said from a public health perspective, his department wants results specifically for COVID-19.

During the session, Mayor Pro Tem Delia Garza cited Texas Tribune reporting that a Laredo ER spent $500,000 on coronavirus tests which city health workers later determined to be unreliable and unusable. She also had concerns about private testing options in the surrounding counties which can cost hundreds of dollars.

“So right now the antibody testing, particularly those that are not FDA approved, are useless and people should not spend the money,” Escott advised.

He added that he has elevated these concerns to the level of Texas’ Department of State Health Services and believes this is an issue the Texas Attorney General’s Office needs to aggressively address “to ensure people aren’t scammed out of significant money.”

The office of Texas Attorney General Ken Paxton tells KXAN that its Consumer Protection Division reports having received two complaints regarding COVID-19 testing: one allgeging a test was advertised as taking then minutes and actually took five hours, the other alleging the promotion of an at-home test kit for $39. The officer cannot confirm or deny any ongoing investigations.

Consumers who encounter fraudulent and/or deceptive trade practices are always welcome to file a complaint with our office either online or over the phone. Complaints can be filed online here: http://txoag.force.com/CPDOnlineForm, or through email at consumeremergency@oag.texas.gov, and our consumer protection hotline is 800-621-0508. You can learn more about the consumer complaint process here: https://www.texasattorneygeneral.gov/consumer-protection/file-consumer-complaint.

Austin is working to roll out a new tool that people can use to sign up to get screened for COVID-19 testing without having to get a referral from a doctor.

The City of Austin told KXAN on Tuesday that it is hoping to have this tool online soon and more details available about it this week. County’s COVID-19 testing relies on the results of nasal swab tests.

The tool will be faster than the current system, which requires APH to wait for results to be faxed over. The new tool will automatically notify APH and the patient of the test results, according to Escott.

The tool will let people enter their symptoms, and it will schedule them at a testing site. Currently the only site it works with is APH’s drive-through location, but the city hopes to add more sites to its system.

At a press conference Tuesday, Texas Governor Greg Abbott said that the public should be able to see a “dramatic increase” in the number of people in Texas who are tested in the days and weeks to come, adding that the private sector’s testing capabilities in Texas will see a “vast amount if increase.” Abbott noted that the National Guard will mobilize 1,200 personnel to help with testing throughout the state.

At 6.6%, Escott said Travis County has a high rate of testing per capita compared to other Texas metro areas. Between 10% and 12% of those who are tested are positive, so far.

According to state data updated last week, Travis County has a higher rate of per capita testing than the Dallas, Houston, Fort Worth, San Antonio, or El Paso areas. But Austin Public Health says a recent report from Harvard University researchers recommends getting the Travis County testing rate up to an even higher level than that.

Escott believes it’s still too early to tell how close Austin-Travis County may be to a COVID-19 peak, but hopes to have more clarity by the end of the week.

Escott’s department has also been looking to improve testing for those who are most vulnerable and for nursing home facilities. Austin Public Health issued a recent order which stated that in facilities where a “cluster” of two or more cases has been identified, all staff and contractors must be made available for testing, if requested.

Austin Public Health Director Stephanie Hayden says APH staff is working seven days a week to follow up with those who tested positive, and that the department has added people who speak Spanish to that team to better facilitate the check-ins. The epidemiology staff, meanwhile, is doing contact tracing on all positive cases to figure out and notify who those people may have come in contact with. CommUnity Care is also providing testing 5 days a week in the Eastern Crescent, as KXAN reported last week.

“We as a community will determine when that peak happens and when another peak happens in the future,” Escott said, citing the need for continued social distancing and use of healthy habits such as wearing face coverings.

“If we don’t continue to do that, we are going to back at “stay-at-home, work safe” (orders),” Escott said.

Escott explained that in order to safely begin reopening parts of the economy in Austin-Travis County, the community will need to control risk factors, and one important way to do that is to perform “testing at a much higher level” so that the virus can be located and curtailed if it is spreading again.