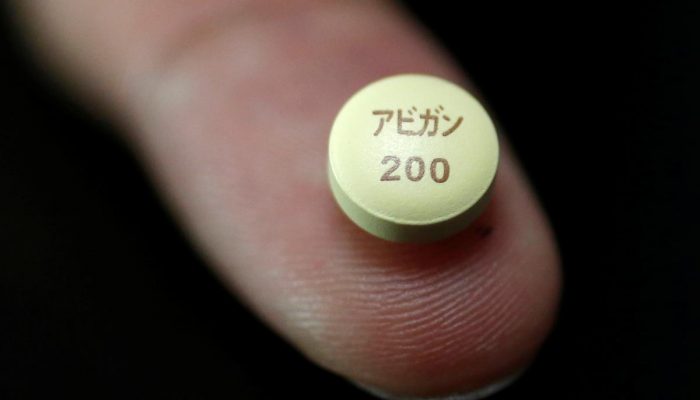 TOKYO (Reuters) – Shares of Fujifilm Holdings Corp (4901.T) fell on Wednesday after Kyodo news reported that so far there has been no clear evidence of efficacy for its drug Avigan in treating the novel coronavirus in some clinical trials.

FILE PHOTO: A tablet of Avigan (generic name: favipiravir) approved as an anti-influenza drug in Japan and developed by drug maker Toyama Chemical Co, a subsidiary of Fujifilm Holdings Co is displayed during a photo opportunity at Fujifilm’s headquarters in Tokyo October 22, 2014. REUTERS/Issei Kato/File Photo

The data reported to Japan’s health ministry by hospitals treating people showing mild or no symptoms raises doubts about whether the drug can be approved by the end of this month as sought by Japan’s government, the report said, citing unidentified sources.

The government has not changed its plans to promptly seek approval for Avigan if its efficacy and safety can be confirmed, Chief Cabinet Secretary Yoshihide Suga said on Wednesday.

Fujifilm spokeswoman Kana Matsumoto said the company was not involved in the clinical research conducted mainly at Fujita Health University or other observational studies.

“Fujifilm is not aware of, nor in a position to comment on the results,” she said, adding that the company will evaluate the anti-flu drug through the clinical trials it is currently conducting in Japan and the United States.

Its shares were down 2.1% in afternoon trade.

They hit record highs in April amid optimism about Avigan as a treatment for the disease that has killed more than 300,000 worldwide. The Japanese government called on Fujifilm to triple national stockpiles of the drug, approved in 2014 as an emergency flu treatment, and pledged to give it away to countries asking for it.

Interest in Avigan, known generically as favipiravir, soared in March after a Chinese official said it appeared to help patients recover from COVID-19. It is now the subject of at least 16 clinical trials around the world.

Concerns remain about the drug as it has been shown to cause birth defects in animal studies.

“A lot of people in the industry, myself included, were worried that there was too much hype to begin with,” Koji Wada, a member of the government’s expert panel on the coronavirus, said in a Facebook post. “It may have some effect as a placebo.”