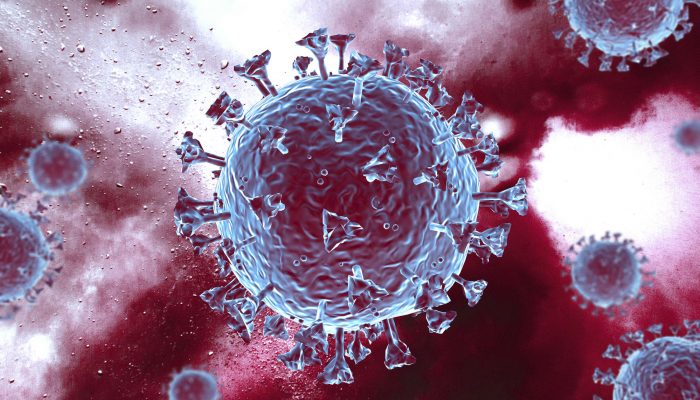 
3D illustration of coronavirus on a colored background.

Since the world might wait years for a coronavirus vaccine, drugs that can mitigate its effects are now in the spotlight. The U.S. Food and Drug Administration has approved Gilead Sciences’ antiviral drug remdesivir as an emergency treatment for Covid-19, the disease caused by the new coronavirus. While remdesivir is intended for the most severe cases, reducing recovery time, U.S. doctors are also testing an influenza drug made by a Japanese photography company amid hopes that it may help a wider range of patients.

Favipiravir works by preventing the virus from replicating in cells. It’s marketed under the brand Avigan and was developed in 2014 by Fujifilm Toyama Chemical, a unit of Fujifilm Holdings. As he extended the nationwide state of emergency until May 31, Japanese Prime Minister Shinzo Abe said Monday he wants favipiravir approved for Covid-19 in May, as Japan moves to fast-track approval for remdesivir as well.

In April the government said it will triple the country’s stockpile to enough doses for 2 million people. Fujifilm Toyama Chemical is working to increase its monthly production by July to 100,000 treatment courses, defined as doses for a 14-day period, and 300,000 courses by September. The price of the drug has not been set in Japan, where the government decides medicine prices.

Japan is expected to ship the drug to 43 countries for clinical studies on its effectiveness against Covid-19. The shipment is being sent through the United Nations Office for Project Services, and each country will receive enough to treat between 20 and 100 people, Japan Foreign Minister Toshimitsu Motegi said last week.

Fujitsu began a phase 2 clinical trial in Massachusetts in April. The trial called for about 50 patients and is taking place in collaboration with Brigham and Women’s Hospital, Massachusetts General Hospital and the University of Massachusetts Medical School.

Avigan influenza tablets, produced by Fujifilm Holdings Corp., are arranged for a photograph at the company’s headquarters in Tokyo, Japan.

“We expect the drug will enhance clearance of virus and shorten the duration of Covid-19 illness,” says Robert Finberg, chair of the school’s Department of Medicine. “Previous studies with this drug have indicated that it enhances clearance of influenza. We expect results in approximately one to two months.”

Health centers in China and Japan have been studying favipiravir as a Covid-19 treatment for months. It also has been tested in Italy, and a trial is set to begin in India. In one clinical trial in China, patients taking the drug tested negative for coronavirus after a median of four days, less than half the 11 days it took for patients in a control group, the China National Center for Biotechnology Development said in March. It also found that 8.2% of favipiravir patients needed respiratory aid compared to 17.1% of the patients in the control group. Center director Zhang Xinmin called the drug “very safe and clearly effective” and without obvious side effects, Nikkei news reported.

Japan approved favipiravir in 2014, but not for seasonal flu. It was given the OK for novel or reemerging influenza viruses when other antiviral drugs don’t work, and the government has to approve each case. There were no such cases in the past six years, but favipiravir was studied in a Japanese trial for ixodid tick-borne infectious disease and serious fever with thrombocytopenia syndrome. The government of Guinea also approved the drug as a standard treatment for patients with Ebola Virus Disease following a clinical trial in the West African country.

“Avigan is a viral RNA polymerase inhibitor, with a new mechanism of action that inhibits viral gene replication within infected cells,” says Kana Matsumoto, a spokesperson for Fujifilm. “Due to this characteristic, the drug may potentially have an antiviral effect on the viruses classified into the same type (single-stranded RNA virus) as influenza virus.”

Japanese researchers began administering favipiravir to Covid-19 patients around the end of February. Fujifilm itself began a phase 3 clinical trial in Japan in March with about 100 patients, targeting those with mild and moderate symptoms. But it’s not the only effort. More than 2,000 people in Japan had been treated with favipiravir as part of clinical trials as of April 26, according to the Ministry of Health, Labor and Welfare. An official at Fujita Health University Hospital in Aichi Prefecture, where a trial is under way, said staff would finish analyzing test data by the end of August.

We expect the drug will enhance clearance of virus and shorten the duration of Covid-19 illness.

“I’m not sure what effect Avigan had, but it gave me an added feeling of security,” says a 42-year-old Tokyo resident with Covid-19 who didn’t want his name used. He was hospitalized with mild symptoms in April and was given favipiravir for about a week. After testing positive multiple times, he finally got a negative result on Monday and was discharged.

There have been concerns about favipiravir, however, due to reports of fetal deaths and deformities, as well as transmission via semen. In a review article published earlier this year in the journal Pharmacology & Therapeutics, Japanese researchers concluded that “Favipiravir is expected to be an important therapeutic agent for severe influenza, the next pandemic influenza strain, and other severe RNA virus infections for which standard treatments are not available.”

While noting an apparent lack of drug resistance with favipiravir, the authors said it should not be given to pregnant women due to its negative effects on animal embryos. One expert in the U.S. also signaled caution, stressing that coronaviruses constitute a very different family of viruses than the orthomyxovirus family, which includes influenza viruses.

“While they both encode an RNA-dependent RNA polymerase, coronaviruses have a proofreading enzyme that can remove nucleoside analog drugs that can induce mutations and block replication in influenza, so these drugs may not work well in coronaviruses,” says Rachel Roper, associate professor of microbiology and immunology at East Carolina University. “We can try it in clinical trials, but we must remember if there is no control group for comparison, there is no data. Anecdotes do not make data, only well-designed and controlled studies can provide real data on drug efficacy.”

Still, doctors in the U.S. and Japan are hoping their studies will help patients until people can be inoculated.

“We will need drugs to treat acute disease as it occurs, and in the long-term a vaccine is the best option,” Finberg says.

About the Author: Tim Hornyak