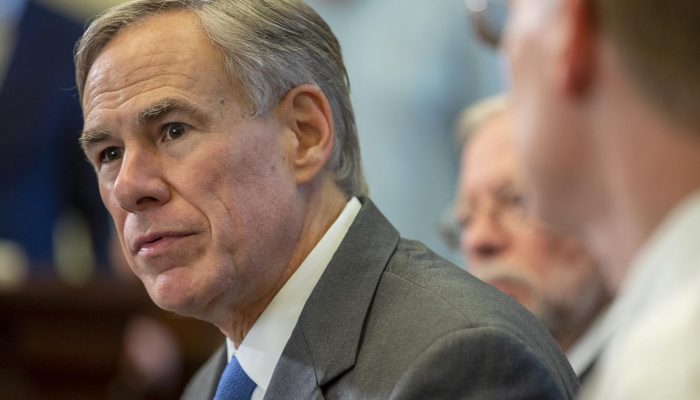 In the words of the late, great Daniel Johnston, “Everything’s big in Texas, you know that it is.”

Unfortunately, those big things include a massive hole where our health-insurance coverage should be.

Texas consistently has the highest level of uninsured residents of any state in this country. Prior to the current economic meltdown caused by the COVID-19 outbreak, that meant about 5 million Texans without insurance — a 17 percent rate that is double the national average.

With a recession knocking on the door of depression, those numbers are getting worse by the day.

With that in mind, the 12 members of the Texas Senate Democratic Caucus (including San Antonio lawmaker José Menéndez) co-signed a letter this week to Gov. Greg Abbott, urging him to expand Medicaid under the provisions of the 2010 Affordable Care Act.

“We all know the high number of persons lacking health insurance affects the insured as well as the uninsured — burdening our healthcare system, driving up costs for businesses and families, lowering productivity, and more,” the letter states.

“We are also acutely aware of the need to confront the economic and health challenges of COVID-19. Immediately expanding Medicaid offers powerful resources to address these urgent problems.”

For almost a decade, the willingness of two Texas governors — Abbott and Rick Perry — to leave massive amounts of federal money on the table and deny health insurance to the low-income residents of their state has been a display of stunning political callousness.

Basically, with a nod or a wink, either Abbott or Perry could have bestowed coverage on approximately 1 million Texans struggling to survive without a medical safety net. But both Republican governors placed greater value on snubbing Democratic President Barack Obama’s signature legislative achievement than on looking out for the people they were elected to serve.

Several Republican governors managed to rise above Obama Derangement Syndrome. In 2013, Chris Christie, then the governor of New Jersey, said, “Expanding Medicaid is the smart thing to do for our fiscal and public health.”

Christie was an unabashed critic of the Affordable Care Act, but he wasn’t going to turn down a deal that covered everyone in his state up to 138 percent of the federal poverty level, with the federal government paying 100 percent of the costs through 2016 and scaling down to 90 percent in 2020.

Fellow Republican governors such as John Kasich, Jan Brewer, Rick Snyder, Susana Martinez and Brian Sandoval came to the same conclusion. It was just a matter of common sense.

Consider this: Perry opposed Obama’s 2009 stimulus package, but didn’t hesitate to accept $12 billion in stimulus aid to get this state through a paralyzing recession. But Perry refused to show the same pragmatism when it came to Medicaid expansion.

In November 2014, the 15-member Texas Institute of Health Care Quality and Efficiency, a board of medical professionals appointed by Perry, recommended Medicaid expansion. Neither Perry nor Abbott were swayed.

COVID-19 has caused incalculable public health and economic suffering, but it also provides this state with an opportunity: a chance for Abbott to save political face by claiming that the emergency conditions of this pandemic call for extreme measures.

I don’t have much confidence that Abbott will make this move, but I hope he does. During the 2021 legislative session, this state will be short of revenue and long on the need for social services. Medicaid expansion is not simply the advisable course. It’s a necessity.

If he can put aside his own partisan pride, Abbott will guarantee this state an estimated $114 billion in federal assistance over the next decade, in exchange for a state investment of about $12 billion.

This state’s partisan obstinance on this issue looked foolish in 2012. In 2020, it looks ridiculous, considering that four early holdouts (Idaho, Nebraska, Utah and Maine) have approved Medicaid expansion through voter initiatives since 2017. Texas is the largest of the 14 remaining refusenik states.

Louise Norris, a veteran writer on healthcare issues, had this to say about Texas last year: “Because Texas has refused to accept federal funding to expand Medicaid, health outcomes in the state are lagging behind those of nearby Kentucky and Arkansas, both of which have expanded Medicaid.”

“The question,” the Senate Democratic Caucus wrote to Abbott, “is not whether we should expand Medicaid, but, rather, how. We have no time to waste and much work to do.”

Abbott the politician won’t want to concede that point. Hopefully, Abbott the governor will come around.