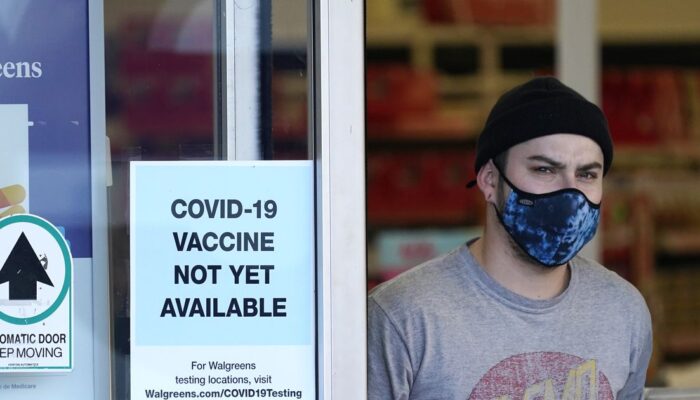 
It’s been euphoric to hear the news that vaccines to stop COVID-19 are on the way. But behind the headlines is a stark fact. Getting the vaccines into our bodies will be a complicated operation, and it’s going to take unprecedented cooperation and strong political leadership to make it work.

The problem is huge. Across the country, we’ve completed 80 million COVID-19 tests since the outbreak of the virus about eight months ago. We now need to vaccinate the country’s 328 million residents, twice: a job seven times larger. And we need to do it in half the time.

The math in Texas is a bit better. There have been 10.5 million tests for our population of 29 million people. That testing process has often been difficult, with big lines, long waits for results, and huge uncertainty about where to go. Now we need to gear up an operation three times larger in a fraction of the time, and to convince Texans to trust it.

To vaccinate the state’s population, we need to solve the who-what-where problems.

First, there’s the who: Who gets it first, and who waits until later? Texas Health and Human Services has a plan that puts health care providers and front-line workers such as teachers at the top of the list, followed by seniors and long-term care facility residents and those with high-risk health conditions. But deciding just who gets the vaccine in what order, and preventing others from jumping the line, poses an enormous political and ethical challenge.

Second, there’s the what: What vaccine gets distributed? At least four others are in the final testing stages. But in a state like Texas, the choice of vaccines is especially tricky. The Moderna vaccine needs storage like the regular flu vaccine, and we already have networks to get that around the state. But the Pfizer vaccine is much trickier. It has to be shipped and stored at temperatures nearly 100 degrees below zero, and it’s going to be shipped in boxes with 1,000 to 5,000 doses. Several companies, such as United Airlines and UPS, are stepping up to help distribute the vaccine, but logistical hurdles remain.

There are about 1,000 Texas towns with populations of fewer than 5,000. Getting the Pfizer vaccine to communities without wasting it will require extraordinary cooperation among communities in a region, since there are many towns that would not be able to use 5,000 vaccines in a short time — and meet the who-gets-it-first standards. That’s just part of the logistical mega-challenge we face.

Third, where will we line up to get our shots? For some of us, it’s going to be at health care providers. For many others, it may be CVS, Walgreens, Walmart, H-E-B and smaller clinics throughout the state. Our government officials are going to need to manage the lines so they’re not interminable, and we’re going to need to have confidence that the process is safe and fair. Otherwise, we’ll face long lines, medical chaos and political distrust.

And then we need to solve this problem twice, for everyone who receives the vaccine, because the leading candidates require a second shot a few weeks after the first injection. We’re going to need a data system to track who got which shot where the first time — and to help remind everyone about where to go for a booster of the same vaccine. And we’re likely to need a system for giving people cards to show that they’re fully immunized.

Donald F. Kettl is a professor at the LBJ School of Public Affairs at the University of Texas at Austin and the author of “The Divided States of America: Why Federalism Doesn’t Work.”

Got an opinion about this issue? Send a letter to the editor, and you just might get published.