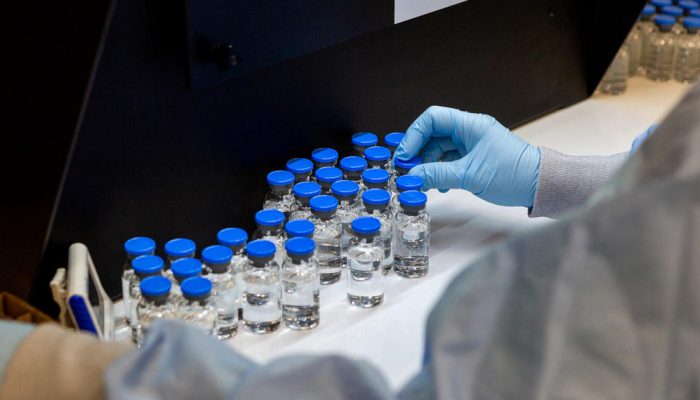 
Wall Street on Wednesday cheered another round of positive news on Gilead Sciences’ experimental drug remdesivir, which the company says helped some people recover more quickly from COVID-19 than those given regular care. Shares of Gilead jumped as much as 7% as investors embraced optimism that the antiviral treatment might prove effective in fighting the global pandemic that has killed nearly 60,000 Americans.

The much-watched drug has moved markets before, and its efficacy in early trials remains a matter of debate among experts, but is of particular interest in that there are no approved treatments or vaccines for the disease caused by the coronavirus.

Gilead on Wednesday issued a news release on a study from the U.S. National Institute of Allergy and Infectious Diseases without elaborating on the findings.The NIAID is running a trial to examine whether remdesivir helped COVID-19 patients get better more quickly with it than without it. Further details could come in the weeks ahead, Gilead said in a statement.

The market last week fell after seemingly disappointing results from a trial at hospitals in Wuhan, China, were mistakenly published on a World Health Organization web page.

In addition, the U.K. medical journal the Lancet on Wednesday issued further data on the discouraging results.

“Treatment with the antiviral drug remdesivir does not speed recovery from COVID-19 compared with placebo in hospitalised patients who are critically ill,” according to statement from the Lancet, noting that “more evidence from ongoing clinical trials is needed to better understand whether remdesivir can provide meaningful clinical benefit.”

First developed to treat other novel viruses, remdesivir has not been approved for use anywhere. Delivered through an IV, remdesivir is designed to interfere with an enzyme that is believed to reproduce viral genetic material.

Another study by Gilead looked at whether a shorter, five-day course of the drug would get similar results as a 10-day treatment regimen used in multiple ongoing studies. It found 62% of patients treated early were discharged from the hospital, versus 49% of those treated later.

Subramanian is one of the lead investigators of the study. “While additional data are still needed,” the doctor stated, “these results help to bring a clearer understanding of how treatment with remdesivir may be optimized, if proven safe and effective.”

In animal tests against SARS and MERS, diseases caused by similar coronaviruses, the drug helped prevent infection and reduced the severity of symptoms when given early enough in the course of illness. It’s farther along in testing than many other potential therapies and the current studies could lead to regulatory approval.

Known for its H.I.V.-prevention drugs, Gilead has also been the focus of accusations of price gouging. The Trump administration last year sued Gilead for earning billions from research backed by taxpayer funding without paying it back and allegedly infringing on patents owned by the U.S. Department of Health and Human Services.