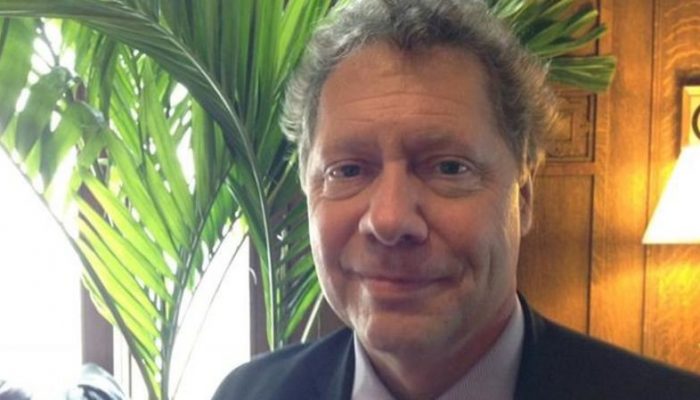 
That is because as of right now, there’s no equitable or practical way to distribute a new vaccine across the globe.

That means coming up with potentially tens of billions of dollars to outfit factories, train health workers, and focus research on a simple vaccine that might work.

“We need to put in place a massive amount of capacity to develop vaccines, so when and if we get a vaccine, that’s able to be developed or manufactured at a huge and unprecedented scale,” Joe Cerrell, the managing director of the Gates foundation said from London during a conference call Thursday that included participants from at least three continents.

GAVI, the world’s leading international immunization non-profit organization, and the One Campaign advocacy group are joining the Gates foundation in the push for a plan.

Cerrell said advance market commitments are a key financial tool that governments and companies need to adopt to ensure the smooth rollout of a vaccine.

An advance market commitment is essentially a guarantee offered by a government or financial institution to buy a certain amount of a product before it is ready for the market. That would allow factories everywhere to gear up and be ready for an unprecedented level of production.

“A large company may be able to do that if there’s a guaranteed purchase, but if you’re a developing-country vaccine manufacturer you may need some direct finance to be able to help you build these facilities,” said Cerrell.

Dr. Seth Berkley, the head of GAVI, said there are 89 vaccines in development around the world, seven of which are in clinical trials, and that number could double to 200. But the options need to be narrowed much sooner towards finding simpler vaccine that is the most effective, and easiest to mass-produce and administer.

“This is really going to be a challenge — getting billions of doses to the entire world, efficiently, is complex,” said Berkley, who pointed to the international co-operation on the Ebola virus as a model for how things could be done better.

Berkley and Cerrell were cautious about reports of promising research at Oxford University and elsewhere but stressed that a short list of promising projects needs to be developed.

“We don’t want to have a lot of inefficient money being thrown out there at dozens of things, most of which won’t work,” Cerrell said.

That also means breaking down barriers, including in national politics and in the competitive world of big pharma, to share the best, easiest solutions, said Gayle Smith, the head of the One Campaign, who previously served as an Obama-era National Security Council expert on the Ebola outbreaks in Africa during the last decade.

During the H1N1 pandemic in 2009, “there was a scramble for a vaccine as soon as it became available. Unfortunately, but not surprisingly, it was the wealthier nations that were immediately able to secure the bulk of that product,” said Smith.

The world can’t afford a repeat of that with the much broader COVID-19 crisis, she said. calling for more transparency and better sharing of information.

Cerrell said the World Health Organization will play a key role in co-ordinating much of this work, and so will GAVI, which has immunized 760 million children and prevented 13 million deaths in the world’s poorest countries since 2020.

GAVI is seeking more than $8 billion in new five-year replenishments at a conference in June, while the European Union is leading the Monday kickoff of a pledging conference to support the WHO. It aims to raise more than $11 billion.

Cerrell called both those efforts “down payments” on what will ultimately be needed to discover and distribute a vaccine.

“A lot’s going to depend on the product characteristics of the vaccine that will come. Will it be a single dose? Will it be multiple doses?” he said. “A back-of-the-envelope (estimate) would suggest it’s $20 to $25 billion that would be needed.”

This report by The Canadian Press was first published April 30, 2020.