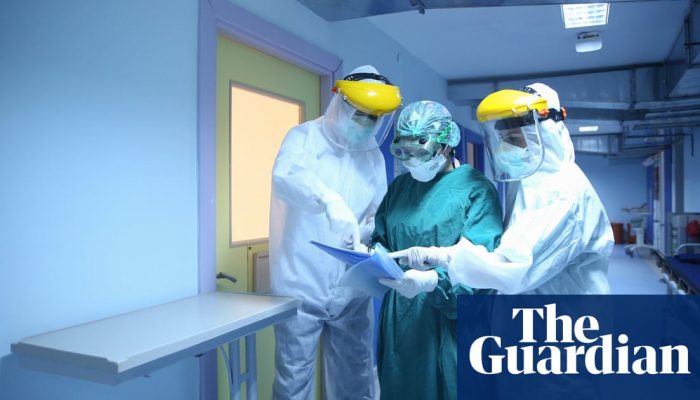 
A top US scientist has said that people should not count on a Covid-19 vaccine being developed any time soon, as global infections passed 5 million after surges in Latin America, including Brazil, which has recorded nearly 20,000 new cases.

William Haseltine, the groundbreaking cancer, HIV/AIDS and human genome projects researcher, has said the best approach to the pandemic is to manage the disease through careful tracing of infections and strict isolation measures whenever it starts spreading.

He said that while a vaccine could be developed, “I wouldn’t count on it”, and urged people to wear masks, wash hands, clean surfaces and keep a distance.

“Do not listen to the politicians who say we’re going to have one by the time my re election comes around,” he said. “Maybe we will (but) I’m just saying it’s not a slam-dunk case by any means … because every time people have tried to make a vaccine – for Sars or Mers – it hasn’t actually protected.”

Vaccines developed previously for other types of coronavirus had failed to protect mucous membranes in the nose where the virus typically enters the body, he said.

The United States and other countries has not done enough to “forcibly isolate” people exposed to the virus, Haseltine said, but praised China, South Korea and Taiwan’s efforts to curb infections.

Haseltine said the US, Russia and Brazil – which rank first, second and third for infections – have done the worst.

As global infections passed 5 million, Brazil reported a record 19,951 cases on Wednesday, according to the ministry of health, taking total infections to 291,579. If the trend continues, the country would shortly overtake Russia’s cases (308,705).

The interim health minister, Eduardo Pazuello, an army general, authorised the use after two doctors left the ministry’s top job under pressure to promote early use of chloroquine and hydroxychloroquine.

The new guidelines suggest dosage for the anti-malarials along with the antibiotic azithromycin at the onset of symptoms. Patients or family members will have to sign a waiver recognising potential side effects.

President Trump has said his hydroxycholoquine regimen, which goes against the advice of the US Food and Drug Administration, would end in two days. Trump also said if New York and New Jersey were not included in the US Covid-19 numbers, the country would be “just about in a class by ourselves”. He strongly criticised China’s reported coronavirus figures, saying: “they gave numbers that were so low … I saw more problem on television than they were reporting, just by looking at a picture.”

The Bangkok-based Mahidol Oxford Tropical Medicine Research Unit, which is supported by the University of Oxford and charity Wellcome, will conduct a clinical trial, with more than 40,000 people, including UK health workers, to assess the anti-malarial drugs with regards to Covid-19.

Doctors have warned that the use of the drugs for coronavirus could be dangerous and have very serious side effects.

Japan was lifting its state of emergency in Osaka, Kyoto and Hyogo on Thursday as the number of new coronavirus infections drops, the economy minister Yasutoshi Nishimura said. The state of emergency has been lifted in much of the country, except Tokyo and four other prefectures, including the northern island of Hokkaido.

“I believe it is safe to lift the state of emergency in Kyoto, Osaka, and Hyogo given that the number of new infections in recent days are under 0.5 cases per 100,000 people and medical services are under control,” Nishimura said.

Japan has not had the explosive surge seen in many other countries, with 16,433 confirmed cases including 784 deaths as of Wednesday, according to public broadcaster NHK.

China’s most important political event of the year, the two-day National People’s Congress begins on Thursday, in which leaders will rubber-stamp policies and indicate new policy directions, delayed for two months because of the coronavirus.

Symbolically, the meeting is intended to signal Beijing’s victory over the virus and to emphasise the government’s control and leadership as it tries to move on from the pandemic. The country reported two new cases of Covid-19 and no deaths in the 24 hours to Thursday, according to the national health commission. In other coronavirus developments:

In other coronavirus developments:

Wuhan, the Chinese city at the centre of the outbreak, has officially banned eating wild animals. A notice on the municipal government’s website said it was now prohibited to eat, hunt or breed wild animals, including terrestrial animals deemed protected, as well as those that exist in the wild or are bred. The new rules, to be in effect for five years, also bar the consumption of rare and endangered aquatic animals.

The German airline, Lufthansa, confirmed it was in talks with the government over a $10bn rescue that would see the state take a large stake in the carrier.

More than 100 people have tested positive for the coronavirus at a slaughterhouse in western France, the regional health authorities said on Wednesday.

Mexico’s health ministry on Wednesday registered 2,248 new coronavirus infections and an additional 424 fatalities, a record one-day death toll since the start of the pandemic. It brings cases to 56,594 and 6,090 deaths in total.

Californian authorities have said they will roll out guidelines for the resumption of production of Hollywood movies and TV shows on Monday, but Governor Gavin Newsom warned that Los Angeles County was likely to be excluded from the first phase. Because of the challenges of social distancing on sets, Hollywood is expected to be among the last industries to come back.

Australian state and territory leaders bickered on Thursday over whether to reopen internal borders, a major step to rejuvenating the country’s $50bn domestic tourism industry, as part of measures to ease coronavirus restrictions.

Bars and pubs in New Zealand reopen on Thursday but capacity will be more than halved to meet social distancing guidelines.

About the Author: Alison Rourke