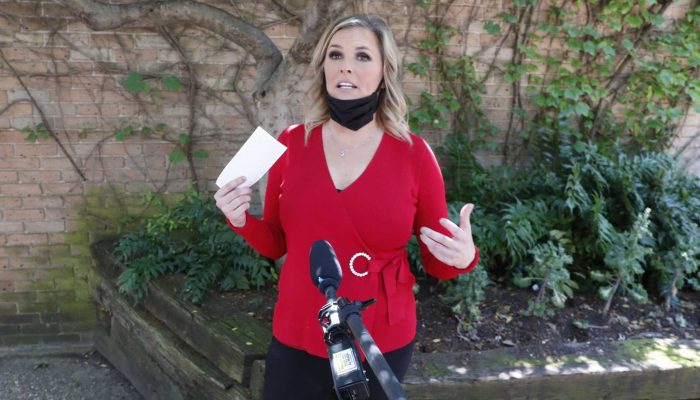 The owner, Shelley Luther, was sentenced to a week in jail and fined $7,000 on Tuesday under the ruling from Judge Eric Moye. Luther had refused to comply with a cease and desist order — publicly ripping it up — and quickly became a champion among conservatives who have been agitating for a faster statewide reopening amid the coronavirus pandemic.

“I find it outrageous and out of touch that during this national pandemic, a judge, in a county that actually released hardened criminals for fear of contracting COVID-19, would jail a mother for operating her hair salon in an attempt to put food on her family’s table,” Attorney General Ken Paxton said in a statement Wednesday.

“Compliance with executive orders during this pandemic is important to ensure public safety; however, surely there are less restrictive means to achieving that goal than jailing a Texas mother,” he said in a statement.

Moye told Luther in court Tuesday that he would consider only imposing a fine if she apologized and agreed to keep her business closed until Friday, when Abbott has said salons can partially reopen. She refused.

“I have much respect for this court and laws. I have never been in this position before and it’s not someplace that I want to be,” Luther said, according to local news reports. “But I have to disagree with you sir, when you say that I’m selfish because feeding my kids is not selfish.”

In an interview last week, Luther said she was trying to “prove the point: There’s nothing that the government can do to take away God-given rights.”

But Moye described her defiance as “selfish,” saying she had put “your own interest ahead of those in the community in which you live.”

Dallas County has released some jailed inmates since the pandemic began over concerns of infections spreading. Nearly 250 inmates at the jail had tested positive.

Luther’s attorney, Warren Norred, did not immediately respond to a request for comment Wednesday afternoon.