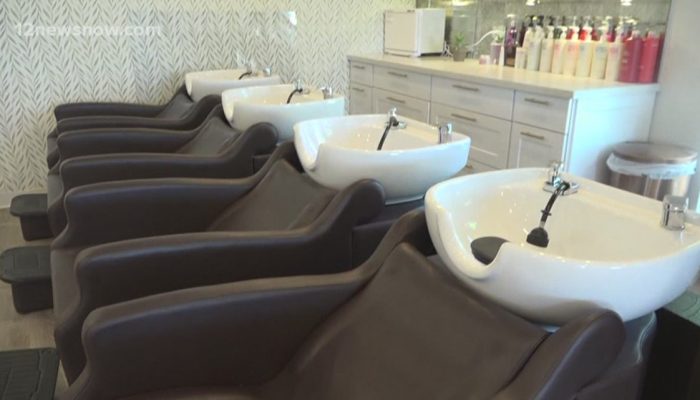 BEAUMONT, Texas — It’s been about a month since stylists across the state have been able to work. Now, hair salons may be among the first businesses to reopen.

Some hairstylists 12News spoke to said they’re concerned about opening too soon.

While the stylists are ready to get back to work, they can’t help but wonder what this new normal is going to mean for their work day.

Most are concerned there won’t be enforcement of new guidelines that may be set in place.

Ebony Jenkins said the times we’re in are unusual for sure.

“I mean yeah it’s crazy. You can’t really do anything you have a passion for,” Jenkins said.

The public may be eager to get haircuts the minute doors reopen, but they hold a fair share of concerns about how officials plan to regulate new guidelines that may be set in place.

Anna Pappa knows most people aren’t as well groomed as they typically would be.

“Because Lord help us, we look terrible,” Pappa said. “What if someone goes to some establishment that is not adhering to these rules, and then four weeks later they come back into my space and they have now been exposed.”

According to the Dallas Morning News, Gov. Abbott said Texans in many parts of the state will be able to visit hair salons in early May.

Hardin County Wayne McDaniel submitted a recommendation to the governor’s office on Tuesday. He asked that hair salons be among the first phase of businesses to reopen withe certain restrictions.

“We can’t have a hair salon open that’s full of customers, it’s gonna have to be limited. Very small shops is probably gonna have to allow only one customer at a time,” McDaniel said.

McDaniel also mentioned customers and stylists may have to wear some sort of PPE.

Allison Pierce says she’s ready to go back to work, but is hesitant when considering whether she has the gear to do it.

“Like am I ready to go to work? Or am I actually prepared with proper PPE, thermometers, etcera to go to work tomorrow?” Pierce said.

“I’m ready to go back to work day before yesterday. Am I prepared PPE wise, absolutely not,” Rider said.

Southeast Texas stylists are hoping to work with city and county officials to come up with guidelines that can be properly regulated.

Gov. Abbott is expected to announced the first businesses that can begin to reopen on Friday, but it’s still unclear if hair salons will be part of that first wave.