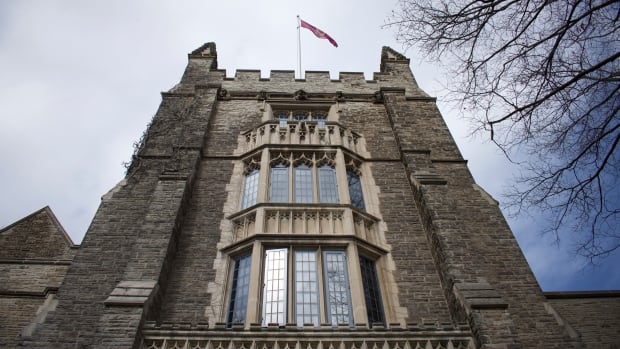 McMaster University researchers are about to find themselves in the middle of a race against time to test treatments that could save people from COVID-19’s nastiest symptoms — and results could come in just two or three months.

Dr. Richard Whitlock, a cardiac surgeon and intensive care physician at Hamilton Health Sciences who is helping lead one of two clinical trials, told CBC News they expect to get approval from Health Canada in days to start studying how effective various medications are on COVID-19 patients.

The virus, which has infected nearly two million people globally, has yet to meet a treatment that can beat it.

“Globally, the life loss is just tremendous, on top of the people that survive who get very sick, there may be life-long implications of morbidity that they’re suffering because of damaged lungs,” Whitlock said.

“I don’t think it’s going to be gone sooner than we hope. These viruses tend to work in cycles so we may see multiple waves of this, we could see a repeat in a year … there could be a new normal established in our lives for the next few years.”

A proving ground for COVID-19 treatment

U.S. President Donald Trump and others have praised a malaria medication and anti-inflammatory called chloroquine (also known as hydroxychloroquine) and the antibiotic azithromycin as potential saviours — both of which will be included in the McMaster study.

“Right now, there’s no data that they work,” Whitlock said. “There’s small studies suggesting ‘maybe, this looks good,’ there’s other studies saying ‘no way, this isn’t working,’ but they’re so small we can’t have confidence in these. What we have is the ability to do a study of several thousand patients such that we can answer the question ‘does it work’ with confidence.”

HYDROXYCHLOROQUINE &amp; AZITHROMYCIN, taken together, have a real chance to be one of the biggest game changers in the history of medicine. The FDA has moved mountains – Thank You! Hopefully they will BOTH (H works better with A, International Journal of Antimicrobial Agents)…..

The research from the Population Health Research Institute, McMaster and HHS will involve at least 500 COVID-19 patients in hospital and 1,000 patients who aren’t in hospital, but Whitlock said he expects between 4,000 and 6,000 people to be involved in the program over time.

In-hospital, patients will either get supportive care, the current method of treatment or a combination of chloroquine and azithromycin.

Outpatients will receive supportive care, the combination of chloroquine and azithromycin, and some will also have that mix with the addition of interferon-beta, which is an immune-modulating drug used in multiple sclerosis patients and can act as an antiviral.

Patients fighting off COVID-19 will have a chance to try medicine that could rid them of their symptoms. (Bobby Hristova/CBC)

While this wouldn’t be a vaccine, which stops COVID-19 before it infects people, it could be a treatment to save lives or prevent the need for intubation and respirators.

Every 50 patients in, Whitlock said, a data safety monitoring committee will review the results and see if the medication is working as expected and if patients are recovering.

If not, they may turn to other treatments such as using the antibodies within the blood plasma of recovered COVID-19 patients — another McMaster study set to start in as early as two weeks.

“It has protected antibodies which has helped them fight off the virus and so if you take that plasma from people who have recovered and give it to people who are fighting off the infection  currently in the hospital, it might be able to get them better” Dr. Arnold, the lead researcher and director of the McMaster Centre for Transfusion Research, said.

The Canada-wide study will involve roughly 1,000 COVID-19 patients. Half will get standard care and the other will try the convalescent plasma therapy, which has been used during other pandemics, including the Spanish flu of 1918.

But this test, like Whitlock’s, will be a proving ground for the treatment.

“This is certainly a promising therapy and people are excited about it but we don’t have enough information right now to say that this is going to work,” Arnold said.

The team will also track intensive care unit admissions, need for mechanical ventilation, length of stay in hospital or ICU, and side effects from the plasma treatment.

The results could be shared, ideally, in three or four months, but more realistically in six to 10 months. It will also rely on recovered COVID-19 patients to donate blood plasma for the study.

Blood plasma from recovered COVID-19 patients could be the key to treating others still at the mercy of the virus. (AFP/Getty Images)

Whitlock’s team and Arnold’s team have gone from the idea stage to the trial stage in just a few weeks — a process that normally takes half a year.

“Everything is happening at lightning speed,” Arnold said.

Both studies will also need millions of dollars of funding, though the teams are confident they won’t have an issue raising money as there have been “discussions for supporting the trial” with multiple levels of government and other industry partners.