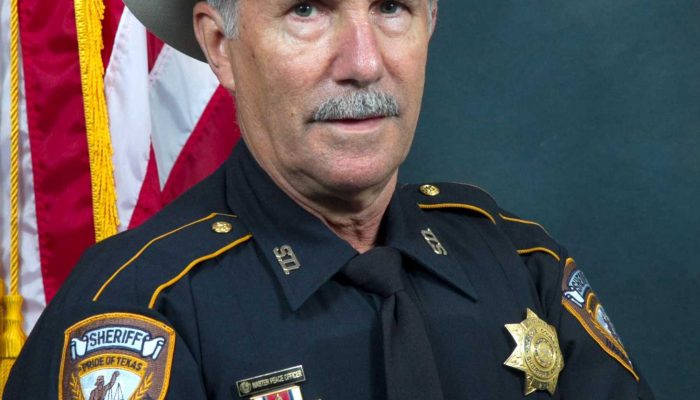 Her husband, Raymond Scholwinski, had been in the hospital two weeks, one of thousands of Harris County residents to contract the new coronavirus.

The 70-year-old sergeant at the Harris County Sheriff’s Office had already spent days on a ventilator, gravely ill. Then his blood pressure cratered. And his blood cells filled with dangerous amounts of carbon dioxide.

“We were afraid we were going to lose him,” Rynda said, on Sunday.

He fell ill in late March. Rynda drove him to the hospital on March 29, watching helplessly as doctors rushed him inside. On April 2, doctors transferred him to the ICU.

CHRONICLE EXCLUSIVE: As Harris County deputy battles coronavirus, his wife tries to save him from afar

Raymond made it through that night. And the next. And the one after that, too.

For the last five days, he has remained in critical, but stable, condition. It marks a significant improvement over when he first entered the hospital, his wife said.

“Prior to Tuesday, he was never stable for even a whole day,” she said. “We’d take one step forward and two back.”

She watched as the story of her husband’s struggle spread across the city — and then around the globe. Her family received notes of encouragement from scores of Houstonians — and others across America. A person in England even reached out. The sheriff’s office held a prayer vigil for him, and check on her constantly, she said.

“My family is blown away,” she said.

She took heart after doctors approved her husband for convalescent plasma therapy — an experimental therapy where doctors inject critically ill patients with the blood plasma of COVID-19 survivors.

He received the blood plasma on April 14.

In the days since, doctors have weaned him off some medications, she said. His fever has broken, and his blood pressure stabilized.

And hospital officials arranged for her to be able to check on him via video conferencing, to see him and his progress — a huge blessing, she said, since she hadn’t been able to see him since the day they wheeled him into the hospital. That first time, she cried with relief.

He looked healthier than she expected, though his whiskers were wild.

She’s talked to him almost every day since.

She asks Houston to continue to pray for him.

“There’s no way we can thank people for all the prayers we’ve received,” she said. “There are no words, but we are most grateful.”