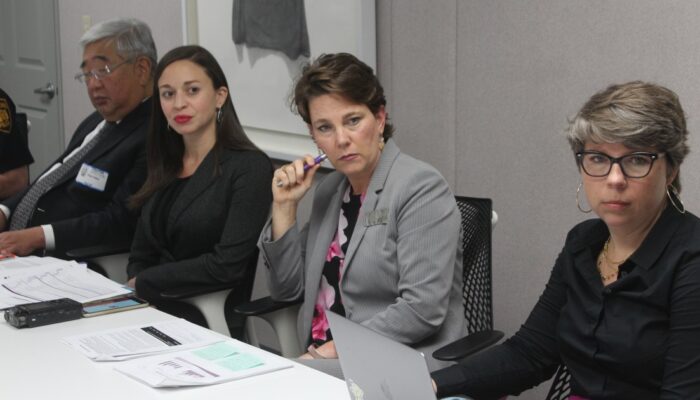 In a letter dated Oct. 21, Bridger told City Manager Erik Walsh she intends to step down on Jan. 8. Back in May she first announced her intent to leave the City on July 17 so she could open a private consulting business – but she stayed on the job when the Metro Health director suddenly resigned in June. In the following weeks, San Antonio saw a surge of COVID-19 cases.

Bridger initially started with the City of San Antonio in 2017 as Metro Health Director and was promoted to Assistant City Manager in 2019. This summer she went back to Metro Health as interim director after Dr. Dawn Emerick resigned. Her main task over the last several months has been overseeing the city’s response to the pandemic.

“Colleen has done an outstanding job while facing extraordinarily challenges. Her work on Tobacco 21, domestic violence, migrant care and, of course, COVID-19 leave a lasting legacy of which she should be very proud,” said Walsh in an emailed statement. “I am especially appreciative of her dedication to remain with the City through 2020 and continue leading the community through a critical period.”

In her October letter to Walsh, Bridger talked about the challenges she and the city faced during the summer surge of coronavirus cases.

“Putting my career plans on hold to remain in place to do so was a tough decision and the last four months proved to be extremely challenging. To be honest, had I known all that we’d face over the last four months, I don’t know if I would have agreed to stay on,” she said, adding she was grateful for the guidance and confidence of the city manager.

Appearing on Tuesday night’s COVID-19 briefing, Bridger said she took the role of incident commander at the start of that spike.

“I inherited a system I didn’t build but was asked to run it in the middle of an emergency and that’s probably one of the most challenging things I personally have ever experienced,” she said.

A replacement for Bridger has not been announced and the city hasn’t announced a formal plan yet, but Bridger talked about what qualities the next health director should have.

“The health department is filled with a tremendous number of public health professionals and what we need at the helm is somebody who is able to represent that talent well, communicate the importance of public health, manage all of the competing and growing priorities and continue to build back up the morale of the staff who have been working just exceedingly working hard for the last almost year,” she said.

It’s not immediately clear when the City of San Antonio will select a successor.

About the Author: TPR