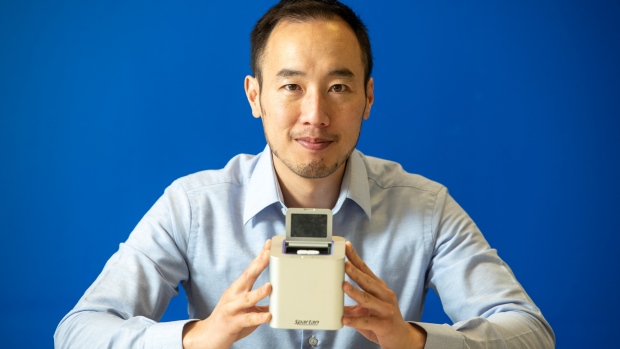 
A COVID-19 testing product that had received backing from the federal government is being shelved by Health Canada, which had approved the test last month.

Ottawa-based Spartan Bioscience will be voluntarily recalling its product, the company said in a release Sunday.

The company said it was notified by Health Canada Friday of “concerns regarding the efficacy of the proprietary swab for Spartan’s COVID-19 testing product,” and that it will be “performing additional clinical studies.”

A spokesperson for Health Canada said the product, a portable DNA analyzer intended to produce quick and accurate results, can continue to be used for research purposes only.

“In light of the clinical results, Health Canada has placed conditions on the company’s authorization to restrict the use of the product to research use only until adequate evidence of clinical performance can be provided,” the spokesperson said in an email to BNN Bloomberg Sunday.

In an interview on BNN Bloomberg in late March, the founder and CEO of Spartan expressed confidence that the product would be rolled out “within weeks.”

“We’ve been for 14 years developing these portable DNA analyzers, so our technology has regulatory approvals around the world. And the great thing is the [Centers for Disease Control and Prevention] has published the recipe for COVID-19 test. So we’re simply taking CDC’s validated test and putting it on our device,” Paul Lem said.

“The test works. It’s the CDC’s published test. So they already validated the performance of it, it’s basically 100 per cent,” he said.

Spartan noted in its release that Health Canada did not indicate concerns over “the accuracy and analytical performance of Spartan’s test reagents and portable DNA analyzer device.”

The federal government and several provinces have collectively ordered hundreds of thousands of the testing kits from Spartan.

Prime Minister Justin Trudeau also pinned his hopes on the product, having said in one of his daily addresses in April that Spartan would be supplying the country with “tens of thousands” of test kits every month and “potentially more as production increases.”

About the Author: BNN Bloomberg