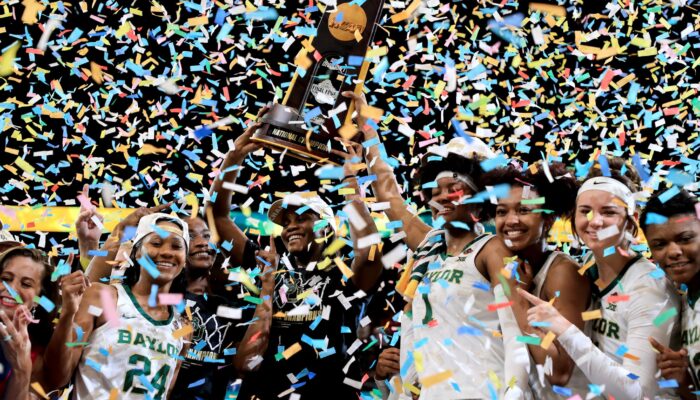 
One of the many questions left in the aftershock of Gov. Greg Abbott’s Tuesday ruling to completely reopen Texas and lift the statewide mask mandate was the future of planned events, like the NCAA Division 1 women’s basketball tournament.

The games will bring thousands of out-of-state athletes and guests to San Antonio beginning March 21. San Antonio landing the entire tournament, rather than just the Final Four games, was initially seen as a win for the pandemic-stricken local tourism and hospitality industry. After Abbott’s announcement, the sports world speculated on whether choosing San Antonio as the 2021 host city was a good idea after all.

“Maybe having the NCAA Women’s Final Four in San Antonio isn’t that great of an idea after all,” sports writer Lyndsey D’Arcangelo tweeted Tuesday shortly after Abbott stunned the state and the country, leaving businesses scrambling to draft their own in-house COVID-19 safety plan.

One of the many questions left in the aftershock of Gov. Greg Abbott’s Tuesday ruling to completely reopen Texas and lift the statewide mask mandate was the future of planned events, like the NCAA Division 1 women’s basketball tournament.

In an email sent to MySA.com Thursday, NCAA reiterated the prioritization of the health and safety of everyone involved with the games. The organization said COVID-19 developments in each state have been monitored since the onset of the pandemic. The Division 1 men and women’s basketball tournaments were cancelled last year.

“We will continue to work closely with local medical authorities, the NCAA COVID-19 Advisory Group, and CDC guidelines to determine the appropriate health and safety protocols for our events,” NCAA said in a statement.

On Wednesday, local government announced all city facilities will require masks. The Alamodome, which is hosting a chunk of the NCAA games, is a city facility. The NCAA is implementing a double layer of mask requirements — all previous COVID-19 safety plans remain in place, despite Abbott’s order. This goes for the 1,500 volunteers event organizers are recruiting from across the city as well.

“At this time, there are no changes to the NCAA’s planned health and safety protocols for the D1 women’s basketball tournament in the San Antonio region (including masking/social distancing),” the statement said.