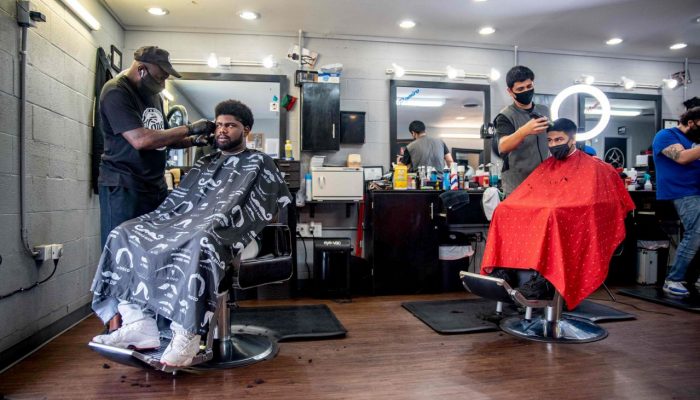 AUSTIN, Texas — As she and her staff have tried to get Latinos in underserved communities to respond to the census, Jill Ramirez, president and CEO of the Latino HealthCare Forum, has been asking them what they know about coronavirus.

“In speaking with people, many don’t really understand what an infectious disease is. They thought it was a myth,” Ramirez said in an interview Monday. “If there is a lot of misinformation on Facebook, it gets passed on in our community and becomes a fact. Consequently, we don’t see people follow the CDC guidelines” to wear masks, practice social distancing and limit time out of the home.

Ramirez is among a group of Latinos calling on Austin Mayor Steve Adler and the City Council to address the disproportionate impact the coronavirus is having on the city’s Latino community.

Austin’s population is about 34 percent Latino, according to census data. The city accounts for 75 percent of the county’s population.

The group of Latino business and community leaders, many with years working in the city, want the mayor to create a Latino action coalition or task force to come up with a culturally relevant plan to get more information on the virus, infection prevention and safety, and when and where to get treatment to the community.

The Latino leaders held a virtual call with Adler to raise their concerns and ask for the task force, but several said they didn’t feel he understood the urgency of their request, so they issued the public call Monday.

Saldaña said some city council members were supportive of the request for a task force but the council does not meet again to take action until May 21.

Saldaña said the call was meant to get the city to take a closer look at the action plan it implemented to communicate with and reach out to the public and specifically the Latino community.

Saldaña said outreach to Latinos needs to be culturally relevant and bilingual, taking into account that there are 25 Latino subcultures in the city and that many Latinos will listen only to information from a trusted source in the community.

The city’s weekly and daily media briefings aren’t in Spanish, and mayoral statements issued by the city have also been only in English, he said.

“Mayor Adler was not receptive. He pushed back. He said, ‘I don’t know if it’s something we need to do.’ It’s something he’d have to talk to the city manager about,” Saldaña said.

Austin became one of the earliest communities to respond to the coronavirus threat when it canceled the South by Southwest festival, a major revenue generator for the city, on March 6. That was followed by Adler’s shelter-in-place orders and an order for bars and restaurants to close in mid-March.

Texas Gov. Greg Abbott reopened some businesses on May 1. He announced Monday that more businesses could reopen and that more people could be seated in restaurants.

Frank Fuentes, chairman of the U.S. Hispanic Contractors Association, also was on the call. He said the city “is not listening to the folks actually on the ground working.”

“They return our phone calls, but at the end of the day, they don’t hear what we are saying,” he said.

From the start, the city should have been helping groups like his disseminate COVID-19 safety protocols to all essential workers in the construction industry, he said. “They’ve not gone far enough in educational components, and that is the virus doesn’t stay at the job site — the virus goes with you — and they need to educate folks how do you disinfect before you go home.”

Fuentes’ group created YouTube videos in English and Spanish with instructions on coronavirus safety measures on construction sites, but he said he has had trouble distributing the instructions because he doesn’t have the budget to pay TV fees.

His group, which represents about 1,000 contractors, has been giving away three-ply masks to help reduce the spread of the virus.

“If we have spent millions of dollars in trying to make sure everyone is aware and taken care of and kept safe, then why is it this particular community is greatly, disproportionately affected? What have we done wrong? Has anyone asked that question?” Fuentes asked.

Lourdes Zuniga, who serves on the Austin Hispanic/Latino Quality of Life Resource Advisory Commission, said the city needs to take advantage of the experience and institutional knowledge of the group of Latino leaders who were on the call.

“We are asking to be part of these efforts. We know our community. We know what the needs are. We all have been pressing the city to take action,” she said. What has been relied on so far has been very “bookish” and “theoretical,” Zuniga said. “It’s disappointing the mayor did not seem receptive in creating the task force. We were ready to go help him.”

Ramirez’s health group, which got a grant to help improve Latino response to the census, said her work in enrolling Latinos in the Affordable Care Act showed that people have to hear a message seven times in a lot of different ways for it to stick.

“You can’t expect people to hear it one time and expect they are going to do it. It’s not going to happen,” Ramirez said. “They are not hearing a comprehensive, coordinated campaign about what an infectious disease is and how to stay safe. Some people think it’s like when they get sick and they can take aspirin. They don’t understand it’s not like that.”

She and her workers have been going to the schools — with masks and gloves and practicing social distancing — to speak to people when they get free lunches prepared for children or to pick up books.

In addition, she and her workers are targeting apartment complexes. They talk to people about the census and advise them on the coronavirus while monitoring how much accurate information they have.

Ramirez said she’d like to see masks handed out, free sanitizer and soap made available and more information provided about rate reductions and bill payment assistance the city has made available.

“The city did something good. It looked at the economic impact and gave out funding so some people could get economic relief,” Ramirez said. “Food, rent, that’s one end. There’s nothing on the end of prevention and health and how do you get your people in your community to understand and stay healthy.”