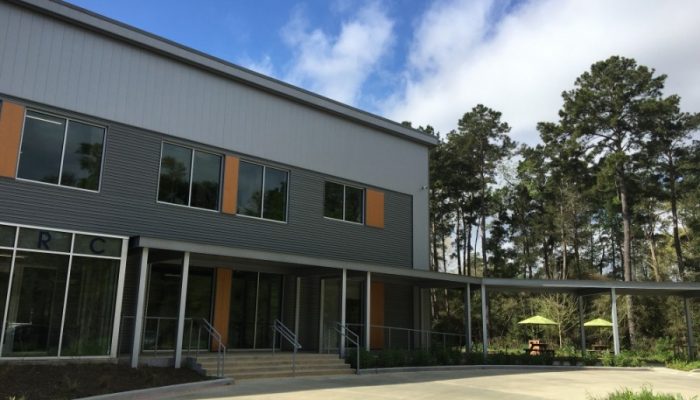 Staff at The Woodlands-based Houston Advanced Research Center is continuing to examine how mobility, air quality and electricity consumption in the Greater Houston area have changed this spring during the new coronavirus pandemic.

The HARC researchers previously identified the effect that various counties’ implementation of stay-at-home orders had on slowing regional travel in late March, which they said contributed to a similar decline in air pollutants from mid-March to mid-April. As stay-at-home orders ended and statewide reopenings began, researchers at the nonprofit have continued to track the region’s roads and air in addition to analyzing electricity use through the start of the pandemic.

Gavin Dillingham, the HARC’s program director for clean energy policy, said mobility throughout regional counties remained low and steady for much of April following a rapid drop in March. The HARC’s mobility calculations are provided by Unacast data and measured against mobility levels from January and February.

Dillingham said residents’ distance traveled in more urban areas in Harris and Fort Bend counties remained 40% to 50% lower than normal through April, while more actively traveled, rural counties including Chambers, Liberty and Waller remained 20% to 30% below typical mobility levels. The start of the state’s phased reopening in May coincided with a rise toward near-normal levels of travel in some parts of the region throughout the month, Dillingham said, while the more urban center of Harris County remained below average mobility through the end of May.

“At the end of April and into May you started seeing an overall shift upward as more people were going to work. It wasn’t until the end of May that you actually started seeing patterns of distance traveled or patterns of movement that were back to what would be pre-COVID normalcy. And that was mainly once again for the rural counties,” Dillingham said. “Fort Bend and Harris are still not as low as they were in April. … But the rest of the counties are getting to be just right at normal.”

Dillingham also said regional mobility levels in urban and rural counties was more comparable prior to the pandemic, with the wider gulf between areas’ new habits likely due to the need for more travel in rural areas and the decrease in commuting closer to Houston.

“A decent amount of workers that were working in the urban centers … went and worked in the suburbs, and they don’t necessarily have to come back anytime soon,” he said. “I think in these more urban counties, you’re going to see people being more slow getting back, and you’re going to see not as quickly a return to normalcy as you are in the rural counties.”

Mustapha Beydoun, HARC’s vice president and chief operating officer, said a slide in nitrogen oxides, or NOx, that was identified in the region’s air earlier this spring has likely resulted in a rise in local ozone levels. The decline in NOx levels can be partially attributed to the drop in daily travel and viewed as a positive for local air quality, but Beydoun said the rise in ozone is an expected side effect of such a significant decrease.

“More recently in the last few weeks, ozone has been actually above normal level,” he said. “Even though we have a 15% reduction still in NOx levels in terms of the ambient air, because of the nature of the chemistry of the ozone formation … essentially small reductions in NOx actually lead to increases in ozone, so we’re at that point where we’re seeing higher-than-normal ozone readings across the region.”

Beydoun said NOx was initially reduced by around 46% and ozone by around 17% from March 11-April 13. Over a longer period from early March through May 21, he said NOx levels were down only about 15%, while ozone returned to normal before rising even higher in recent weeks.

The association between the two pollutants was anticipated, Beydoun said, although ozone levels’ rise occurred more rapidly as travel habits picked up over the last month. As travel and nitrous oxide levels gradually increase into the summer, Beydoun said ozone formation will likely return to normal again.

“It’s nothing unexpected, but what it does show us is that in the future if we’re looking to reduce NOx emissions you have to do them to a certain point, otherwise you end up increasing ozone levels,” he said.

A year-over-year analysis of CenterPoint Energy consumption data covering March 2019 and March 2020 and released in late May showed yet another aspect of daily life that was changed due to the pandemic. Decreases in electricity use this March were found in ZIP codes throughout the region’s more business-centered or industrial zones, while suburban areas saw higher consumption through that month. Researchers attributed the location-specific shifts to mandated business closures and many downtown workers’ commute habits in March.

“When you look at the main commercial areas, from the Galleria to Westchase, Energy Corridor, downtown, those were largely commercial centers; those had a fairly significant decrease in energy consumption from 54% downtown to 30% out in Westchase,” Dillingham said. “You know based on commuting patterns that a lot of these folks live out in the suburbs, you kind of see that a lot of people left the commercial high-rises and they went to work in their home.”

Dillingham said he hopes to view more detailed tract data for analysis of future months to further determine the relationship between an area’s land use and electricity consumption changes.

Overall, the HARC researchers said their analysis this spring has pointed to a unique period in time for the Greater Houston area’s environment due to the timeline and significance of the changes observed so far.

“It’s the length of this disruption that’s really made it unique. And that’s what’s made it very interesting from an air quality perspective; it’s kind of giving you a peek into what can be if you clean up the transportation fleet significantly,” Beydoun said.

He also noted the sizable shifts between previous habits and data tracked through the pandemic demonstrate area residents’ willingness, at least initially, to abide by government orders and public health recommendations.

“It’s very interesting—especially in Texas and Houston where we have that ‘on my own’ spirit, and small government or no government is the best form of government—that we fared very well,” Beydoun said. “People for the most part, especially in our region, have abided by those requirements and requests from the different agencies and our leaders.”

About the Author: Ben Thompson