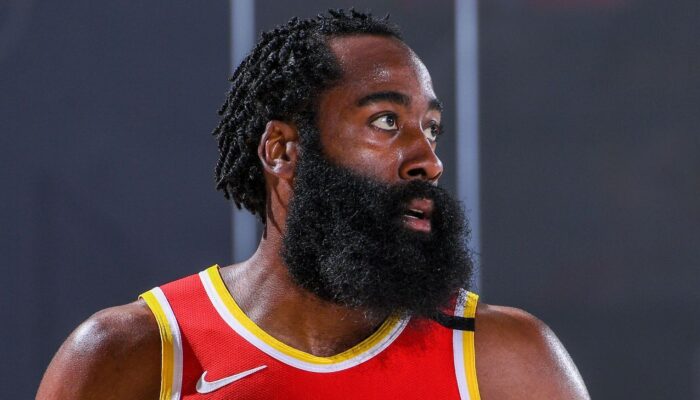 Silas said that Harden is expected to have an individual workout at the Toyota Center on Sunday evening, but the first-year coach said he has not had recent communication with the perennial All-Star guard.

Harden, who sources say has expressed a desire to be traded to the Brooklyn Nets, posted pictures on Instagram over the weekend that showed him attending rapper Lil Baby’s birthday party in Atlanta without wearing a face mask. The NBA required players to quarantine at home this week other than testing at team facilities, individual workouts and essential activities such as grocery shopping.

“I’m not exactly sure what hoops he has to jump through in order to practice with the team,” said Silas, who was hired this offseason to replace Mike D’Antoni.

“I would just say I want him here, and I want him to be a big part of what we’re doing. I’m excited to coach him and have him be a part of what we just had out there with a good practice, with a bunch of guys who are working hard on both ends of the floor and had a good vibe about them.”

Harden, who has not been available to the media since the Rockets were eliminated from the playoffs last season, posted a grimacing emoji to his Instagram story on Sunday afternoon.

Veteran Rockets forward P.J. Tucker also has not been cleared to practice with the team because of the league’s COVID-19 protocols. Silas said that Tucker was at the Toyota Center on Sunday morning and was expected to have an individual workout later in the day.

John Wall, acquired along with a future first-round pick for Russell Westbrook in a swap of maximum-salaried point guards this week, said that he has had “a great talk” with Harden since the trade and “for sure” believes Harden wants to play for the Rockets this season. Wall said that he and Harden, who has two seasons plus a player option for a third year remaining on his contract, talked before the trade and expressed that they wanted to play with each other.

“We’re going to figure out what’s the best decision [regarding] when he wants to get here and be here,” said Wall, a five-time All-Star with the Washington Wizards who has been sidelined since December 2018 because of heel and Achilles injuries. “We’ve been on the same page since I’ve been traded here.”

Silas said Thursday that he was giving Harden “space” but anticipated that the 2017-18 MVP would be “all-in” when the Rockets began practicing as a team. With Harden yet to report Sunday, Silas deferred when asked about the star’s commitment to Houston.

“That’s a question you’re going to have to ask him when he gets here,” Silas said. “We’re looking forward to having him here and getting to his individual workout. That’s the word I heard from the pipeline. Once he gets here, obviously the best communication for me would be face-to-face communication — not text, not phone, not anything else.

“I’m looking forward to him getting here, getting in the building, and then we can talk about what’s best. But you know, that’s kind of a work in progress right now.”

About the Author: ESPN.com