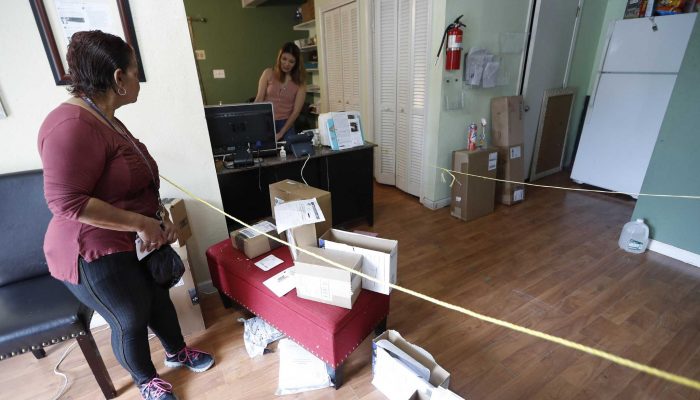 
The city plans to devote $15 million in federal pandemic relief funds to help Houston residents make up late rent payments, a contribution Mayor Sylvester Turner acknowledged will not meet demand but one he hopes will make a meaningful impact for thousands of families.

City Council will consider the proposal at its meeting Wednesday. The package, which would be administered by disaster recovery nonprofit BakerRipley, is similar to what other cities in Texas have offered but falls well short of what housing advocates have sought.

San Antonio crafted a $25 million package and Dallas devoted about $13.7 million. Harris County authorized a $15 million relief fund last week. Each of those programs extended beyond rent to help struggling residents with utilities, mortgages and other obligations.

Houston’s program would provide up to $1,056 per month to city residents who can demonstrate they are late on April or May rent payments due to the economic impact of COVID-19. They must be current on prior rent payments, and make less than 80 percent of the area median income or qualify for certain other governmental assistance programs, such as Medicaid or SNAP.

Landlords who participate in the program would register with BakerRipley. They would have to waive all late fees and interest for the payments, allow tenants to enter a payment plan for any rent above the maximum $1,056 allotment; and rescind any prior notice to vacate, which some tenants’ advocates have said landlords are using deceptively while the Texas Supreme Court has halted evictions.

The administration said it expects the program to help a minimum of 6,818 households. The funding includes $600,000 in administrative expenses.

The agenda item outlining the package was posted just before the council’s 2 p.m. public session Tuesday, leaving little time for stakeholders who signed up to speak to review the details. Turner plans to discuss the program at an afternoon news conference with representatives from BakerRipley and the Houston Apartment Association.

The Metropolitan Organization, an association of clergy and other leaders, called on the city to use about a quarter of its $404 million in federal CARES Act funding for the rent relief program, citing a large demand amid rising unemployment.

Pastors and tenants with the organization emphasized that demand at City Hall on Tuesday. TMO said the $15 million contribution would help only about 11 percent of the families in need. The group cited the Houston Apartment Association’s determination that 10 percent of tenants did not make rent in April. About 55 percent of housing units in Houston are inhabited by renters.

One affected resident, whose voice broke as she spoke through a translator, told the mayor and council Tuesday she has been without work for two months and is a victim of domestic violence. Her 11-year-old daughter asked her why they could not move back in with her spouse, she said.

“This is the assistance these families need,” the Rev. Matthew Russell said.

Zoe Middleton, Southeast Texas co-director at Texas Housers, a nonprofit housing organization, said the package amounted to a blip in the demand.

“It’s a good start, but it should only be considered a start,” Middleton said.

Turner said the $404 million Houston has received from the federal pandemic stimulus program known as the CARES Act will have to address all of the city’s needs. He said a Health Department budget request he received Tuesday for testing and contact tracing would be $200 million alone. The mayor said that would be “the No. 1 priority.”

“That’s why we cannot move forward with responding to everyone’s requests at this point until we know what the holistic needs are of the city,” Turner said.

Council member Letitia Plummer, who for weeks has been pushing for rental relief, said she would have liked to see the money disseminated to more than one firm, spread across groups that are on the ground and have direct contact with tenants.

“There are a lot of organizations out there that should have had an opportunity to be involved,” Plummer said. She submitted recommendations to the mayor but said she was not a part of the process for formulating the package announced Tuesday.

About the Author: Dylan McGuinness