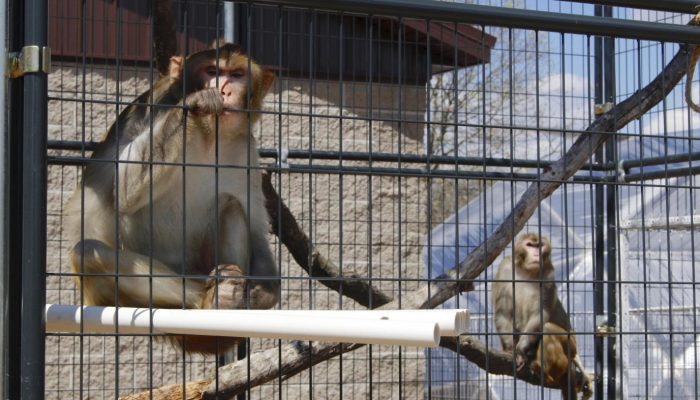 Animals are key players in the coronavirus saga. SARS-CoV-2 likely originated in bats (scientists aren’t yet sure which species) and was transferred to humans by an intermediary host. Pangolins usually get the blame, but the jury is still out.

It’s not quite true that animals got us into this mess—deforestation, climate change, and the wildlife trade all make it easier for viruses to jump from animals to humans. But it’s clear that animals are going to help get us out of it.

Since the pandemic started, a wide menagerie has been drafted into service, including mice, monkeys, cats, dogs, ferrets, chickens, and even horses. Many are being infected with SARS-CoV-2, contributing to research that can help scientists understand the body’s response, see whether various treatments are successful in easing symptoms and eliminating the virus, and eventually test vaccines.

Animal studies can also help narrow down what that intermediate host might have been, which could give us an edge in preventing future coronavirus outbreaks. And they can even provide biological raw materials for use in drug production.

“We still need to understand how the virus behaves in different species, and which questions are best answered by which species,” said Dave O’Connor, a pathologist at the University of Wisconsin-Madison who is leading some of the first research in the US on Covid-19 in monkeys. Here are a few playing a primary role in current research.

Mice are inexpensive, plentiful, and easy to work with, making them good candidates for experimentation. But they’re not vulnerable to infection from coronaviruses, a fact scientists figured out during the 2003 SARS outbreak.

So at that time, a group of researchers at the University of Iowa genetically engineered a strain of mice to have the human version of the enzyme that coronaviruses use to sneak into cells, ACE2. When that outbreak died down, they froze some of the sperm from those mice and sent it to the Jackson Laboratory in Maine, an independent research institution that specializes in producing mice for biomedical research. Now, the lab is scrambling to breed thousands of those mice and distribute them around the country.

Meanwhile, a different breed of genetically engineered mice are being used to develop drugs. Regeneron, a New York-based pharmaceutical company, is among those racing to roll out an antibody-based treatment for Covid-19. The method relies on a large supply of antibodies produced in response to a viral infection—but those from recovered humans are still in short supply. So the company is harvesting them from mice that have been engineered to produce human antibodies. The same proprietary strain of mice has been used to produce drugs for autoimmune diseases, cancer, and other infectious diseases, including Ebola.

“The mice are nice because we can get started right away,” said Christos Kyratsous, Regeneron’s lead scientist. “They’re like mini humans.”

In late February, scientists in China found that rhesus macaques were susceptible to SARS-CoV-2 infection; they even developed pneumonia-like symptoms. But none developed fevers, and the symptoms were relatively mild. In those small studies, the virus was administered to the nose and throat, the way a person might catch it.

But O’Connor and his collaborators at UW-Madison wanted to know if it was possible to provoke reactions in macaques that more closely resembled severe human symptoms. “It’s a totally new virus, and that requires us to explore a variety of different models to best recreate what we’re trying to treat in humans,” O’Connor said. So his group is using a pediatric bronchoscope, normally used to examine childrens’ airways, to deposit the virus deep in the monkeys’ lungs. On CT scans, they’ve seen lung lesions similar to those in humans.

Similar work is underway at the California National Primate Research Center at UC-Davis. Koen van Rompay, who leads the center’s work on infectious diseases, said the first step has been to develop a diagnostic test to make sure the lab’s 4,000 monkeys haven’t been exposed to SARS-CoV-2 unintentionally.

After that, a top priority is to infect around eight monkeys, allow some to recover, and then transfer their antibody-rich plasma to the others and see if it speeds their recovery. Monkeys have been key in understanding the immune reaction to the virus: In mid-March, a Chinese macaque study offered some of the first evidence that antibodies from a SARS-CoV-2 infection can provide immunity. It’s not clear how long that immunity lasts, and human studies have shown that some people may not develop enough antibodies to provide immunity. Still, the findings from monkeys strengthen the case for human plasma transfusion trials, which are now underway.

After a few weeks, all of van Rompay’s monkeys will be euthanized and their lungs, brains, and hearts studied in autopsies. Those tissues will then be shared with other labs around the country for further study, to minimize the number of monkeys involved, van Rompay said.

“When we euthanize the monkeys we really try to get the most out of it,” he said. “Most people agree that this is very urgent. If we can do a small number of studies to get a promising treatment, that’s really worth it.”

Last week, Chinese scientists reported the results of their efforts to infect a range of domestic animals (including five three-month-old beagle puppies) that might have served as intermediary hosts. They found that “SARS-CoV-2 replicates poorly in dogs, pigs, chickens, and ducks.” Ferrets and cats “are permissive to infection,” the study found, although they exhibited no symptoms.

Some of the cats in the study were susceptible to infection from airborne droplets, and capable of spreading the infection to other cats, which means that they could provide the virus a safe haven to evolve and potentially jump back to humans.

The finding about ferrets was especially welcome news: Because their respiratory systems are remarkably similar to humans, ferrets are commonly used in testing influenza treatments, and will be useful for studying Covid-19 drugs.

Meanwhile, Maryland-based Emergent BioSolutions is working on an antibody-based Covid-19 drug that relies on plasma and antibodies from horses. The company has successfully used that approach to produce treatments for botulism; horse antibodies have also long been used against diphtheria.

“If you don’t have a human source of plasma, you can look to these animal systems that give you a consistent source,” said Laura Saward, the company’s plasma scientist. “You can get quite a bit of plasma from a horse.”