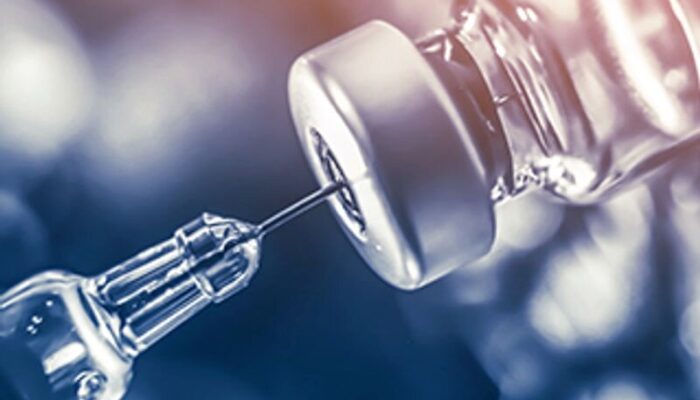 
(HealthDay)—Two COVID-19 vaccines are on the verge of approval in the United States, with pharmaceutical companies promising that millions of doses will be available to the first wave of recipients within a matter of weeks.

Creating two vaccines in less than a year is an astonishing achievement, experts say, but the next task could prove even more difficult—convincing Americans that it’s safe to take vaccines developed at such a breakneck pace.

Average folks can take comfort from the safety data that’s already been gathered in clinical trials, and additional data expected to pour in from millions more people participating in the earliest waves of COVID-19 vaccine distribution, said Dr. Paul Offit. He’s director of the Vaccine Education Center at the Children’s Hospital of Philadelphia.

“For people who are worried about safety, we are essentially, by necessity, testing the water with one foot,” Offit said. “We’ll have tens of millions of people who will be getting this vaccine before the general population gets it, so you’ll have a much bigger safety profile than you have when it initially rolls out.”

Offit is a member of the U.S. Food and Drug Administration advisory board that will review the clinical trial data for both the Pfizer and Moderna vaccines within the next two weeks.

In fact, Offit has already started to go over the data on the Pfizer vaccine, which will be considered at the advisory board’s Dec. 10 meeting.

Offit said skyscraper-high reams of documents tend to be generated during clinical trials, and the FDA advisory board painstakingly reviews all that data before recommending vaccine approval.

Vaccine makers are not involved at all in this review process, Dr. Anthony Fauci, director of the U.S. National Institute of Allergy and Infectious Diseases, stressed last week during an HD Live! interview.

“You separate them so that the Data and Safety Monitoring Board does [its review] independently,” Fauci explained.

Only after committees from both the FDA and the U.S. Centers for Disease Control and Prevention agree on the data would FDA officials decide that “‘we’re going to do an EUA’—we are going to have an Emergency Use Authorization,” he said.

Offit and other infectious disease experts said they do have early confidence in the safety of the two COVID-19 vaccines, given what’s been reported so far.

“We really see vaccine side effects in the first week after vaccine, and sometimes in the first month to two months of the vaccine,” said Dr. Buddy Creech, director of the Vanderbilt Vaccine Research Program, in Nashville, Tenn. “We’ve been very reassured that we haven’t seen a number of cases of things that we would not expect.”

Rare side effects remain a concern, however, and the limited number of people involved in a clinical trial means that these problems won’t necessarily crop up in initial testing.

For example, polio-like Guillain-Barre syndrome is known to happen in about one out of every million people who get a flu shot, Offit noted. Researchers only learned of that after hundreds of millions of flu shots were handed out over the years.

“Usually if you have a serious side effect, you’ll find it out quickly,” Offit said. “That said, 20,000 people isn’t 20 million people. You’re only going to find a rare serious adverse event post-approval. That’s always true.”

That’s why participants in the vaccine clinical trials will continue to be tracked for at least two years, serving as “canaries in the coal mine” for longer-term safety problems, the experts said.

According to Dr. Kathleen Neuzil, director of the Center for Vaccine Development and Global Health at the University of Maryland School of Medicine, in Baltimore, “If there is any safety signal in that gold-standard trial, those people will be five to six months ahead of where we are with vaccinating the public.”

Researchers will also be tracking safety data from the first waves of people who get the vaccine, starting with about 21 million people in the health care industry and 3 million folks living or working at long-term care facilities.

Ongoing tracking data will also assess how long the vaccines will protect against COVID-19, Offit added.

As a general rule, he noted, coronaviruses induce immunity that is short-lived and incomplete.

“By short-lived, I mean years, not decades,” Offit said. “By incomplete, I mean not sterilizing immunity—protection against moderate to severe disease, but not necessarily mild disease or asymptomatic infection.”

But even immunity that is temporary and incomplete will help during this pandemic, Offit explained.

“All you want to do is keep people out of the hospital and keep them out of the morgue, and I think this vaccine certainly can do that,” he said.

But the fact that these are the first two broadly available vaccines based on bits of genetic material called messenger RNA will prompt additional scrutiny regarding long-term effects, experts added.

The vaccines work by delivering mRNA into a person’s cells, supplying genetic instructions that prompt the cells to produce the specific “spike” protein that the novel coronavirus uses to bind with and enter cells. The immune system recognizes the protein as a potential threat and stimulates a response, creating antibodies that would ward off any subsequent attack by the actual coronavirus.

“What turns it off? What makes it so it is no longer making coronavirus spike protein anymore?” Offit said. “If you look at the animal model studies, mice for example, you would assume that goes on for about 10 days. But what happens in humans, I don’t know. We will find that out, I think, over time.”

Neuzil noted that RNA is very unstable, which is why these vaccines need to be kept frozen during distribution. But with that cold storage in place, she’s confident the vaccine will do its job and then flush from the body.

“We can be assured that they don’t integrate into our cells,” Neuzil said. “They share that code, they do their job and then they are naturally taken away by enzymes in our bodies. We wouldn’t expect any prolonged side effects from these mRNA vaccines.”

Follow the latest news on the coronavirus (COVID-19) outbreak

More information:
The Children’s Hospital of Philadelphia has more about how messenger RNA vaccines work.

About the Author: medicalxpress.com