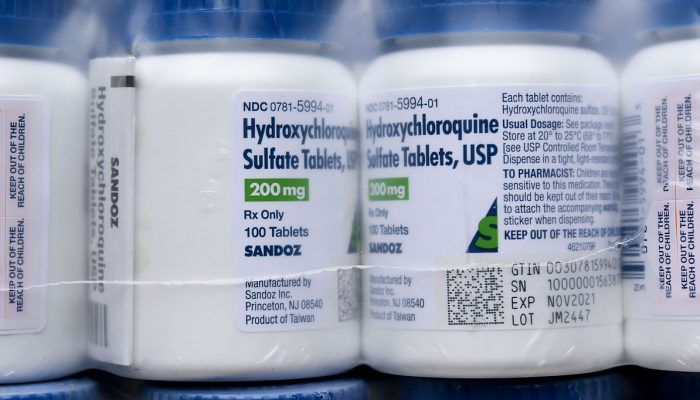 A government official’s claim that he was dismissed from his role overseeing the nation’s research into COVID-19 therapies because he refused to more broadly make available hydroxychloroquine highlights the growing tension between the scientific community’s approach to clinical testing and a president in search of a cure.

The Food and Drug Administration (FDA) has approved hydroxychloroquine and chloroquine (an older version of the drug) to treat malaria, lupus and rheumatoid arthritis. The drugs were first cited by administration officials in March as having potential promise in treating COVID-19 patients and are also being tested in patients in China, France, Italy, and other countries.

On Wednesday night, Rick Bright said he was involuntarily reassigned from his role as the director of the Biomedical Advanced Research and Development Authority, which is funding and designing clinical trials for vaccines and treatments aimed at preventing or treating COVID-19, to a lesser role at the National Institutes of Health, according to a statement first reported by the New York Times.

“Contrary to misguided directives, I limited the broad use of chloroquine and hydroxychloroquine, promoted by the administration as a panacea, but which clearly lack scientific merit,” he said. “While I am prepared to look at all options and to think ‘outside the box’ for effective treatments, I rightly resisted efforts to provide an unproven drug on demand to the American public.”

President Donald Trump has repeatedly and enthusiastically touted the drug as a treatment for the disease caused by the novel coronavirus.

Read: There’s scant evidence so far for chloroquine as a COVID-19 drug—but there’s already a shortage

There are no proven treatments or vaccines for COVID-19, which has infected more than 842,000 Americans and killed at least 46,000 people in the U.S.; however, the FDA in late March issued emergency use authorizations allowing the drugs to be used in a somewhat limited capacity—sourced from the Strategic National Stockpile, in hospitalized COVID-19 patients, who can’t participate in a clinical trial.

“I hope it works,” Trump said April 8 during a news conference. Five days later, he said, “just recently a friend of mine told me he got better because of the use of that drug. So, who knows? And you combine it with Z-Pak, you combine it with zinc depending on your doctor’s recommendation, and he’s having some very good results. I’ll tell you, I think if anybody recommended it other than me, it would be used all over the place…a lot of good things are happening with it, a lot of good tests.”

Bright’s dismissal is the latest example in a political tug of war that has pitted clinicians and other public health experts concerned about the unproven nature of hydroxychloroquine as a treatment for COVID-19 against Trump himself, who has said he would take the medicine if needed, and his supporters.

“Not only are there potential negative consequences from uncontrolled use of these drugs based on currently unconvincing data but, equally concerning, the integrity of governmental decision-making is increasingly coming under pressure, risking harm to both patients and to the public confidence needed to respond effectively to this pandemic,” two physicians wrote April 16 in a JAMA viewpoint.

Some organizations have warned workers about the drug’s safety profile. These include the Central Intelligence Agency, which reportedly told its employees that hydroxychloroquine has sometimes fatal side effects and they should not take it without a prescription, according to The Washington Post. Media outlets have also reported that the Federal Aviation Administration has told airline pilots that if they take chloroquine or hydroxychloroquine, they are disqualified from flying.

That said, a number of clinical trials are under way in the U.S. to evaluate the drug’s safety and efficacy in COVID-19 patients, including a randomized, double-blind, placebo-controlled study announced this week by Novartis
NVS,
-0.22%,
one of the world’s largest drugmakers.

At the same time, data from a retrospective analysis found that the drug was associated with higher mortality rates in 368 COVID-19 male patients treated at Veterans Health Administration hospitals between March 9 and April 11.

The preprint of a clinical study found that when taken either in combination with or without the antibiotic azithromycin the drug did not reduce the risk of mechanical ventilation. (A preprint means the research findings have not been peer reviewed and therefore should not yet inform medical decision-making.) The patients who solely took the drug (without azithromycin) were associated with higher mortality rates.

“Data from ongoing, randomized controlled studies will prove informative when they emerge,” the researchers concluded. “Until then, the findings from this retrospective study suggest caution in using hydroxychloroquine in hospitalized COVID-19 patients, particularly when not combined with azithromycin.”

Other trials are testing hydroxychloroquine in frontline health-care workers to see if the drug can prevent infection in the people most at risk of contracting the virus. In total, there are more than 100 trials under way worldwide evaluating chloroquine or hydroxychloroquine in COVID-19 patients or to prevent COVID-19 infections, according to ClinicalTrials.gov, including at least one sponsored by the National Institute of Allergy and Infectious Diseases.