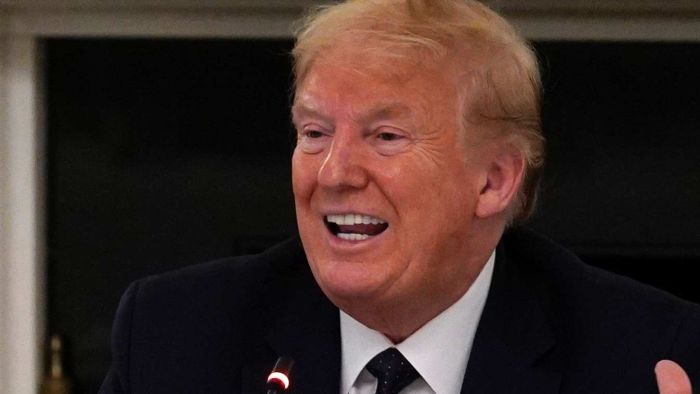 
More than 1,000 “high risk” health workers are set to be given daily doses of anti-malaria drug hydroxychloroquine to test how well it can ward off coronavirus.

Key points:There are hopes hydroxychloroquine, commonly used to treat lupus and malaria, could be useful in the fight against COVID-19Recent research has cast doubt on its effectiveness in treating sick patientsResearchers hope this study will shed light on how well it works to prevent people contracting the virus

The drug has been at the centre of public debate since US President Donald Trump heralded it as a potential “game changer”, and later revealed he was taking it himself, despite little evidence it prevents COVID-19.

Half of the participants would take hydroxychloroquine daily for four months. The other half would take a sugar tablet placebo.

Coronavirus update: Follow all the latest news in our daily wrap.

In laboratory conditions, hydroxychloroquine has been shown to stop SARS-CoV-2 — the virus that causes COVID-19 — from entering cells.

But the US Food and Drug Administration (FDA) advises against its use for COVID-19 outside of hospital or clinical trial conditions, because it can be dangerous to heart health and “has not been shown to be safe and effective for treating or preventing COVID-19”.

The drug received worldwide attention after Mr Trump tweeted in March that it could be a “game changer” in the fight against coronavirus, after some promising early research results.

Mr Trump said that he had been taking the drug for about a week and a half.

“Here’s my evidence: I get a lot of positive calls about it,” Mr Trump said when asked about his decision. “I’ve heard a lot of good stories.”

Professor Pellegrini told RN Breakfast that there “certainly is not any concrete evidence that the drug works”.

“I would certainly not suggest that the drug should be taken in an ad hoc fashion, and should be only used in clinical trials to prove whether it does or doesn’t work,” he said.

“It certainly works in the test tube, but it’s very different making the huge leap-of-faith jump to say that it would work in people.”

Only certain types of specialists can now prescribe the drug to new patients, but GPs can continue to prescribe it to people who had previously been taking it.

Stay up-to-date on the coronavirus outbreakPrevention better than cure

Professor Pellegrini said all health workers volunteering for the trial would be screened for conditions — such as heart or vision problems — that could make them susceptible to dangerous side-effects.

“The doctors who prescribe this drug are well aware of who can and can’t tolerate it,” he said.

Several recent international studies have cast doubt on its effectiveness for treating COVID-19, and one US study found a higher death rate in patients treated with hydroxychloroquine alone.

But the researchers are hopeful it will prove more effective in prevention.

“We certainly know from the flu drugs that we’ve been using for a long time that those drugs, like Relenza, like Tamiflu, work much better at preventing flu rather than treating flu,” Professor Pellegrini said.

“They don’t actually work very well at all if you have established influenza.

What we know about hydroxychloroquine

Mostly prescribed to treat malaria, lupus and rheumatoid arthritis, the drug has also been used for years to dampen the immune system in people with autoimmune conditions.

“So we think hydroxychloroquine might fit into the same sort of realm, where it works better as a prevention than as a treatment.”

Asked if the study was still worth doing given the low rate of COVID-19 spread in Australia, Professor Pellegrini said the disease was “definitely here to stay for a protracted period of time”.

“Whether the rates will increase with the relaxing of restrictions, we don’t know, but there will always be COVID-19,” he said.

“It would only take one person to potentially infect quite a large number of people at a hospital.

“So we’re actually in a very, very good position in Australia, whereby we can actually institute our resources towards helping healthcare workers because they’re not inundated by the number of people with COVID-19.”

What you need to know about coronavirus:

About the Author: abcnews