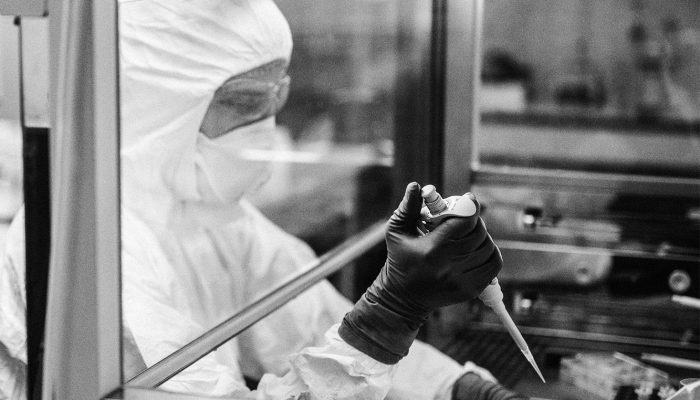 In addition, a company studying a drug that’s been granted orphan status can apply for a voucher to speed up the FDA approval process by several months, getting the drug on the market faster—a prospect that lets companies turn a profit sooner. A company with a voucher can auction it off to other pharmaceutical companies, selling it to the highest bidder. “These [vouchers] are highly valuable and have been…worth tens or even more than $100 million,” Vinetz said. “I have a feeling that this pharma company wanted to do what Gilead did [with remdesivir] by applying for orphan drug status for camostat.”

U.S. pharmaceutical giant Gilead Sciences managed to get remdesivir, a broad-spectrum antiviral drug initially used to treat Ebola, designated as an orphan drug in March, when COVID-19 was still considered a rare disease. Some physicians say the drug initially showed promise in treating COVID-19 patients, but they caution that studies are inconclusive. As COVID-19 cases mounted, Gilead faced enormous public backlash for its handling of remdesivir, particularly after reports surfaced that it was difficult for critically ill COVID-19 patients to obtain the drug after Gilead halted its compassionate-use access. Later that month, Gilead posted a statement announcing that it “has submitted a request to the U.S. Food and Drug Administration to rescind the orphan drug designation” and “is waiving all benefits that accompany the designation.”

“There was a rapid, vociferous, and powerful public outcry because the implications for possible profiteering were concerning,” Vinetz said of Gilead. Dr. Purvi Parikh, an immunologist and allergist in New York City, noted that “Those are bad optics for the company during a pandemic, to have a monopoly on a lifesaving drug.”

A biotech venture capitalist told me that, while they do not have direct evidence that big pharma is meddling in trials of drugs to treat COVID-19, “I have heard from several sources that they are muscling in and sequestering patients and trial sites. Pharmas have a lot of money and political clout to monopolize the infrastructure for clinical trials.” In fact, they noted, innovative drugs just as often come from small biotech labs and universities, not pharmaceutical companies. But in most cases, funding goes to “politically connected players and big businesses rather than…the small firms and even nonprofit entities that could achieve a lot with even a small slice of that financial pie.”

Mass, the Philadelphia-based pediatrician, said pharma uses “perverse incentives and mountains of existing cash to seize the sole source control of an arena,” citing Gleevec, Novartis’s best-selling leukemia treatment, funded by U.S. taxpayers through National Institutes of Health grants and support from the Leukemia & Lymphoma Society. “This daily medication is the difference between life and death for so many people, but only if they can afford the $97 per pill for the name-brand version,” Mass said. “Other companies are likely doing research; they got to the finish line first.” She noted that some pharmaceutical companies do a lot of good, but “the quasi monopoly circle has been built by decades of perverse incentives created in Washington, D.C.”

Dr. Jennifer Bryan, a Mississippi-based doctor and chairman of the board of trustees for Mississippi State Medical Association, listed a myriad of problems with big pharma’s vice grip on the industry, such as overseas drug production, which in some cases has led to recall, and monopoly patents, meaning companies can ratchet up the prices of drugs for consumers. “It’s disheartening to learn that this disruptive influence may be happening at the level of trying to intimidate research and corner a market on potential COVID-19 therapies,” she said, “but it isn’t surprising.”

Regardless of the hurdles, Vinetz said he’s willing to go to the mat to protect the camostat trial. “Maybe they thought I was naive,” he said. “I have the entire clinical trial regulatory machine of Yale behind me.”

— The Coronavirus Is Blowing Up the Media Landscape
— The Mental Toll of COVID-19 Is Crushing Medical Workers
— Why Trump’s Coronavirus Optimism Isn’t Working
— In Washington, a Breakdown of Politics as Usual
— Related’s Stephen Ross Has a Giant Coronavirus Hypocrisy Problem
— From the Archive: Following the Psychological Contagion That Fed the 2014 Ebola Outbreak

Looking for more? Sign up for our daily Hive newsletter and never miss a story.