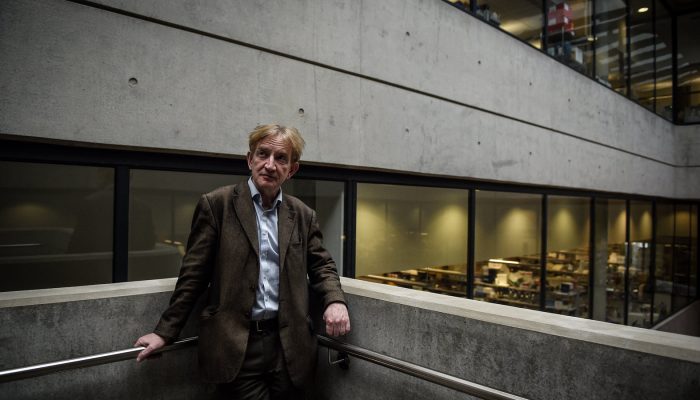 
Most other teams have had to start with small clinical trials of a few hundred participants to demonstrate safety. But scientists at the university’s Jenner Institute had a head start on a vaccine, having proved in previous trials that similar inoculations — including one last year against an earlier coronavirus — were harmless to humans.

That has enabled them to leap ahead and schedule tests of their new coronavirus vaccine involving more than 6,000 people by the end of next month, hoping to show not only that it is safe, but also that it works.

The Oxford scientists now say that with an emergency approval from regulators, the first few million doses of their vaccine could be available by September — at least several months ahead of any of the other announced efforts — if it proves to be effective.

Now, they have received promising news suggesting that it might.

Scientists at the National Institutes of Health’s Rocky Mountain Laboratory in Montana last month inoculated six rhesus macaque monkeys with single doses of the Oxford vaccine. The animals were then exposed to heavy quantities of the virus that is causing the pandemic — exposure that had consistently sickened other monkeys in the lab. But more than 28 days later all six were healthy, said Vincent Munster, the researcher who conducted the test.

“The rhesus macaque is pretty much the closest thing we have to humans,” Dr. Munster said, noting that scientists were still analyzing the result. He said he expected to share it with other scientists next week and then submit it to a peer-reviewed journal.

Immunity in monkeys is no guarantee that a vaccine will provide the same degree of protection for humans. A Chinese company that recently started a clinical trial with 144 participants, SinoVac, has also said that its vaccine was effective in rhesus macaques. But with dozens of efforts now underway to find a vaccine, the monkey results are the latest indication that Oxford’s accelerated venture is emerging as a bellwether.

“It is a very, very fast clinical program,” said Emilio Emini, a director of the vaccine program at the Bill and Melinda Gates Foundation, which is providing financial support to many competing efforts.

Which potential vaccine will emerge from the scramble as the most successful is impossible to know until clinical trial data becomes available.

More than one vaccine would be needed in any case, Dr. Emini argued. Some may work more effectively than others in groups like children or older people, or at different costs and dosages. Having more than one variety of vaccine in production will also help avoid bottlenecks in manufacturing, he said.

But as the first to reach such a relatively large scale, the Oxford trial, even if it fails, will provide lessons about the nature of the coronavirus and about the immune system’s responses that can inform governments, donors, drug companies and other scientists hunting for a vaccine.

“This big U.K. study,” Dr. Emini said, “is actually going to translate to learning a lot about some of the others as well.”

All of the others will face the same challenges, including obtaining millions of dollars in funding, persuading regulators to approve human tests, demonstrating a vaccine’s safety and — after all of that — proving its effectiveness in protecting people from the coronavirus.

Paradoxically, the growing success of efforts to contain the spread of Covid-19, the disease caused by the virus, may present yet another hurdle.

“We’re the only people in the country who want the number of new infections to stay up for another few weeks, so we can test our vaccine,” Prof. Adrian Hill, the Jenner Institute’s director and one of five researchers involved in the effort, said in an interview in a laboratory building emptied by Britain’s monthlong lockdown.

Ethics rules, as a general principle, forbid seeking to infect human test participants with a serious disease. That means the only way to prove that a vaccine works is to inoculate people in a place where the virus is spreading naturally around them.

If social distancing measures or other factors continue to slow the rate of new infections in Britain, he said, the trial might not be able to show that the vaccine makes a difference: Participants who received a placebo might not be infected any more frequently than those who have been given the vaccine. The scientists would have to try again elsewhere, a dilemma that every other vaccine effort will face as well.

The Jenner Institute’s coronavirus efforts grew out of Professor Hill’s so-far unsuccessful pursuit of a vaccine against a different scourge, malaria.

He developed a fascination with malaria and other tropical diseases as a medical student in Dublin in the early 1980s, when he visited an uncle who was a priest working in a hospital during the civil war in what is now Zimbabwe.

“I came back wondering, ‘What do you see in these hospitals in England and Ireland?’” Professor Hill said. “They don’t have any of these diseases.”

The major drug companies typically see little profit in epidemics that afflict mainly developing countries or run their course before a vaccine can hit the market. So after training in tropical medicine and a doctorate in molecular genetics, Professor Hill, 61, helped build Oxford’s institute into one of the largest academic centers dedicated to nonprofit vaccine research, with its own pilot manufacturing facility capable of producing a batch of up to 1,000 doses.

The institute’s effort against the coronavirus uses a technology that centers on altering the genetic code of a familiar virus. A classic vaccine uses a weakened version of a virus to trigger an immune response. But in the technology that the institute is using, a different virus is modified first to neutralize its effects and then to make it mimic the one scientists seek to stop — in this case, the virus that causes Covid-19. Injected into the body, the harmless impostor can induce the immune system to fight and kill the targeted virus, providing protection.

Professor Hill has worked with that technology for decades to try to tweak a respiratory virus found in chimpanzees in order to elicit a human immune response against malaria and other diseases. Over the last 20 years, the institute has conducted more than 70 clinical trials of potential vaccines against the parasite that causes malaria. None have yet yielded a successful inoculation.

In 2014, however, a vaccine based on the chimp virus that Professor Hill had tested was manufactured in a large enough scale to provide a million doses. That created a template for mass production of the coronavirus vaccine, should it prove effective.

A longtime colleague, Prof. Sarah Gilbert, 58, modified the same chimpanzee virus to make a vaccine against an earlier coronavirus, MERS. After a clinical trial in Britain demonstrated its safety, another test began in December in Saudi Arabia, where outbreaks of the deadly disease are still common.

When she heard in January that Chinese scientists had identified the genetic code of a mysterious virus in Wuhan, she thought she might have a chance to prove the speed and versatility of their approach.

“We thought, ‘Well, should we have a go?’” she recalled. “‘It’ll be a little lab project and we’ll publish a paper.’”

It did not stay a “little lab project” for long.

As the pandemic exploded, grant money poured in. All other vaccines were soon put into the freezer so that the institute’s laboratory could focus full-time on Covid-19. Then the lockdown forced everyone not working on Covid-19 to stay home altogether.

“The whole world doesn’t usually stand up and say, ‘How can we help? Do you want some money?’” Professor Hill said.

Other scientists involved in the project are working with a half dozen drug manufacturing companies across Europe and Asia to prepare to churn out billions of doses as quickly as possible if the vaccine is approved. None have been granted exclusive marketing rights, and one is the giant Serum Institute of India, the world’s largest supplier of vaccines.

Donors are currently spending tens of millions of dollars to start the manufacturing process at facilities in Britain and the Netherlands even before the vaccine is proven to work, said Sandy Douglas, 37, a doctor at Oxford overseeing vaccine production.

“There is no alternative,” he said.

But the team has not yet reached an agreement with a North American manufacturer, in part because the major pharmaceutical companies there typically demand exclusive worldwide rights before investing in a potential medicine.

“I personally don’t believe that in a time of pandemic there should be exclusive licenses,” Professor Hill said. “So we are asking a lot of them. Nobody is going to make a lot of money off this.”

The Jenner Institute’s vaccine effort is not the only one showing promise. Two American companies, Moderna and Inovio, have started small clinical trials with technologies involving modified or otherwise manipulated genetic material. They are seeking both to demonstrate their safety and to learn more about dosing and other variables. Neither technology has ever produced a licensed drug or been manufactured at scale.

A Chinese company, CanSino, has also started clinical trials in China using a technology similar to the Oxford institute’s, using a strain of the same respiratory virus that is found in humans, not chimps. But demonstrating the effectiveness of a vaccine in China may be difficult because Covid-19 infections there have plummeted.

Armed with safety data from their human trials of similar vaccines for Ebola, MERS and malaria, though, the scientists at Oxford’s institute persuaded British regulators to allow unusually accelerated trials while the epidemic is still hot around them.

The institute last week began a Phase I clinical trial involving 1,100 people. Crucially, next month it will begin a combined Phase II and Phase III trial involving another 5,000. Unlike any other vaccine project now underway, that trial is designed to prove effectiveness as well as safety.

The scientists would declare victory if as many as a dozen participants who are given a placebo become sick with Covid-19 compared with only one or two who receive the inoculation. “Then we have a party and tell the world,” Professor Hill said. Everyone who had received only the placebo would also be vaccinated immediately.

If too few participants are infected in Britain, the institute is planning other trials where the coronavirus may still be spreading, possibly in Africa or India.

“We’ll have to chase the epidemic,” Professor Hill said. “If it is still raging in certain states, it is not inconceivable we end up testing in the United States in November.” 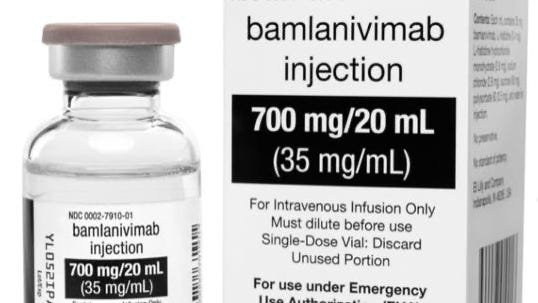 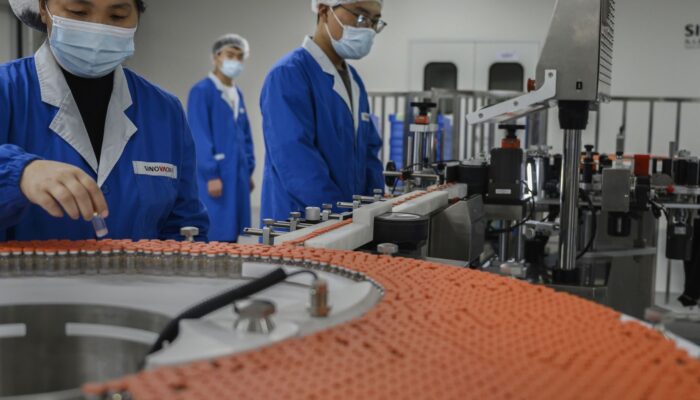 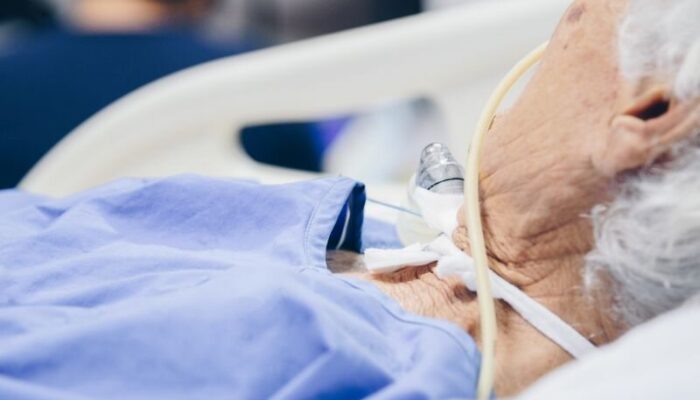 Another study casts doubt on 'convalescent plasma' as COVID-19 treatment 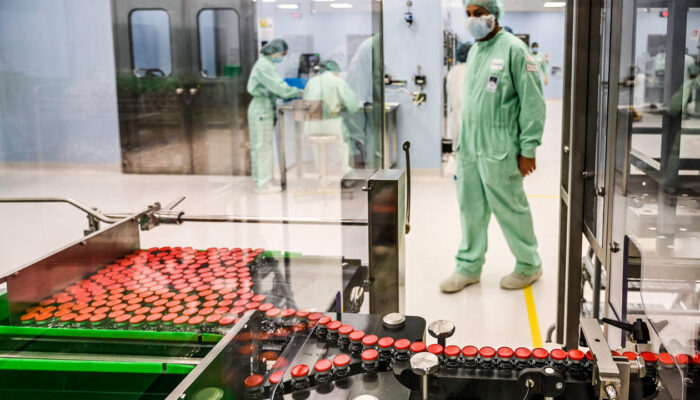 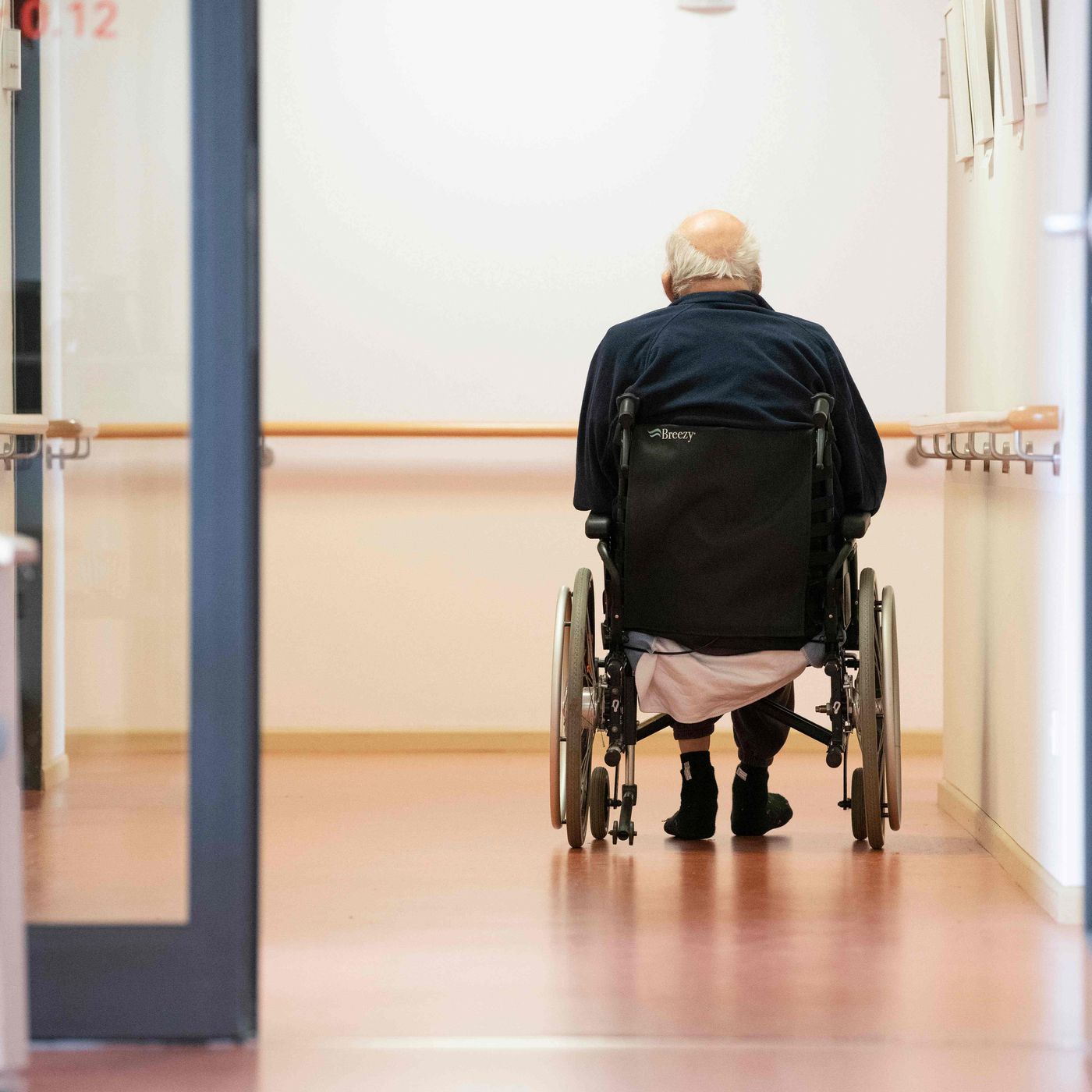 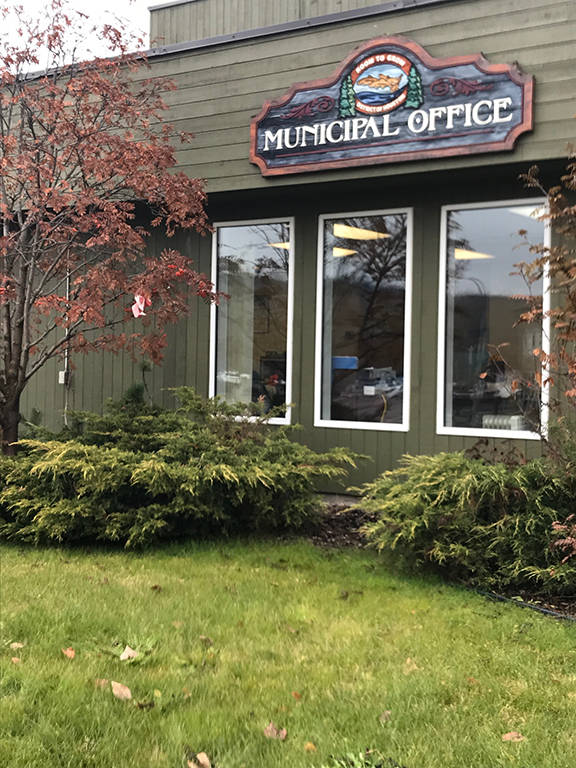 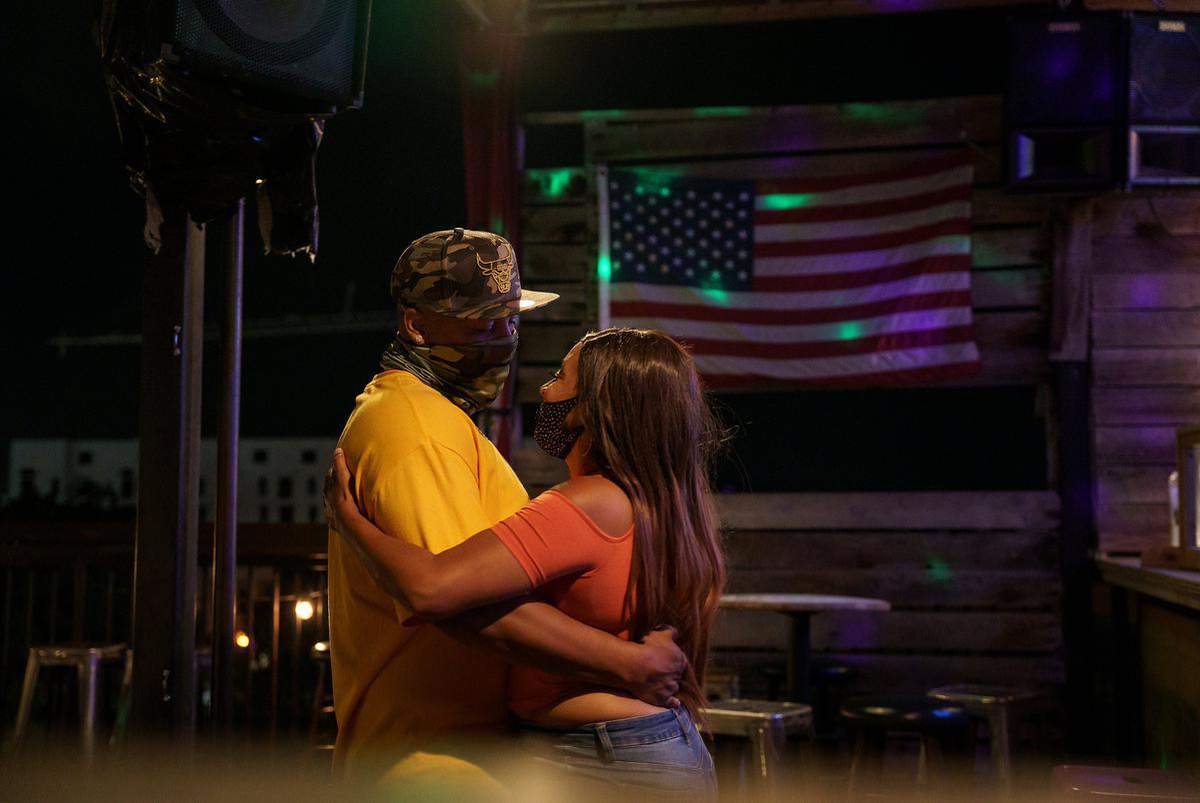 Texas bars use restaurant loophole to reopen during the pandemic 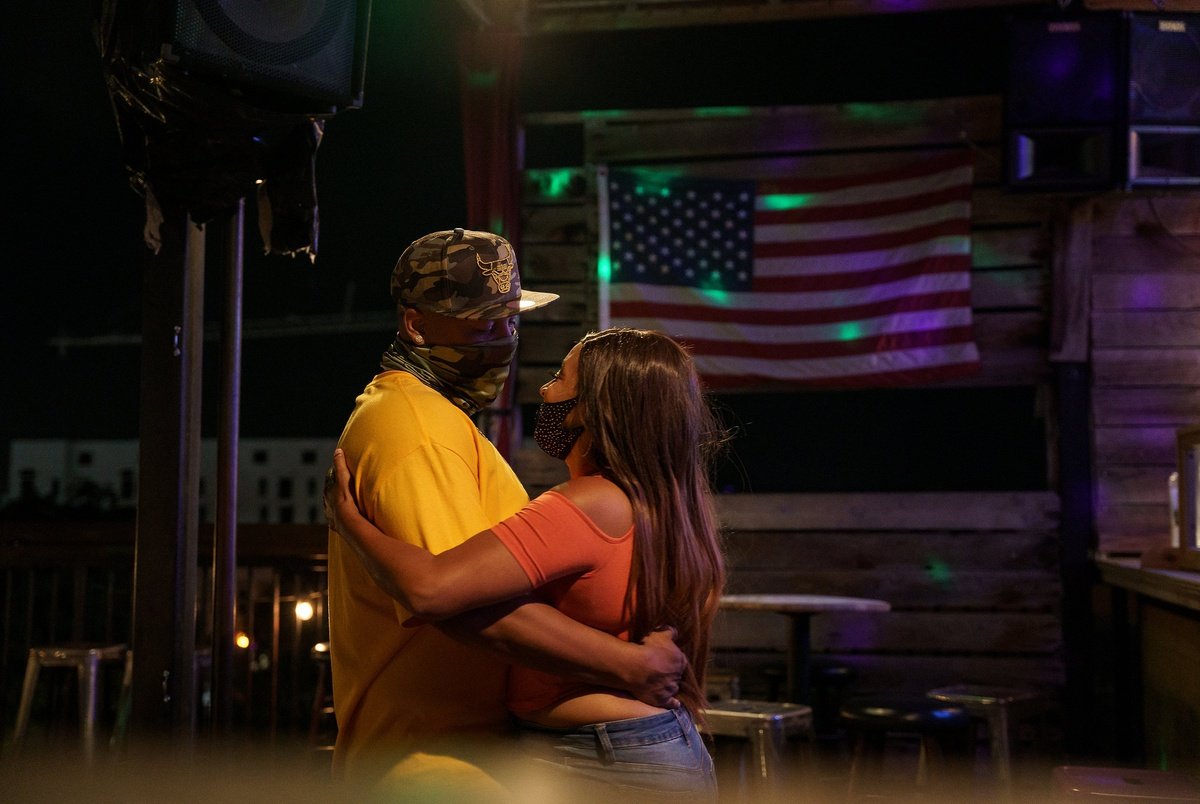 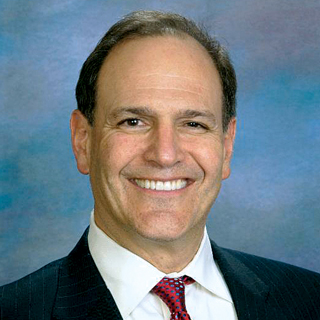 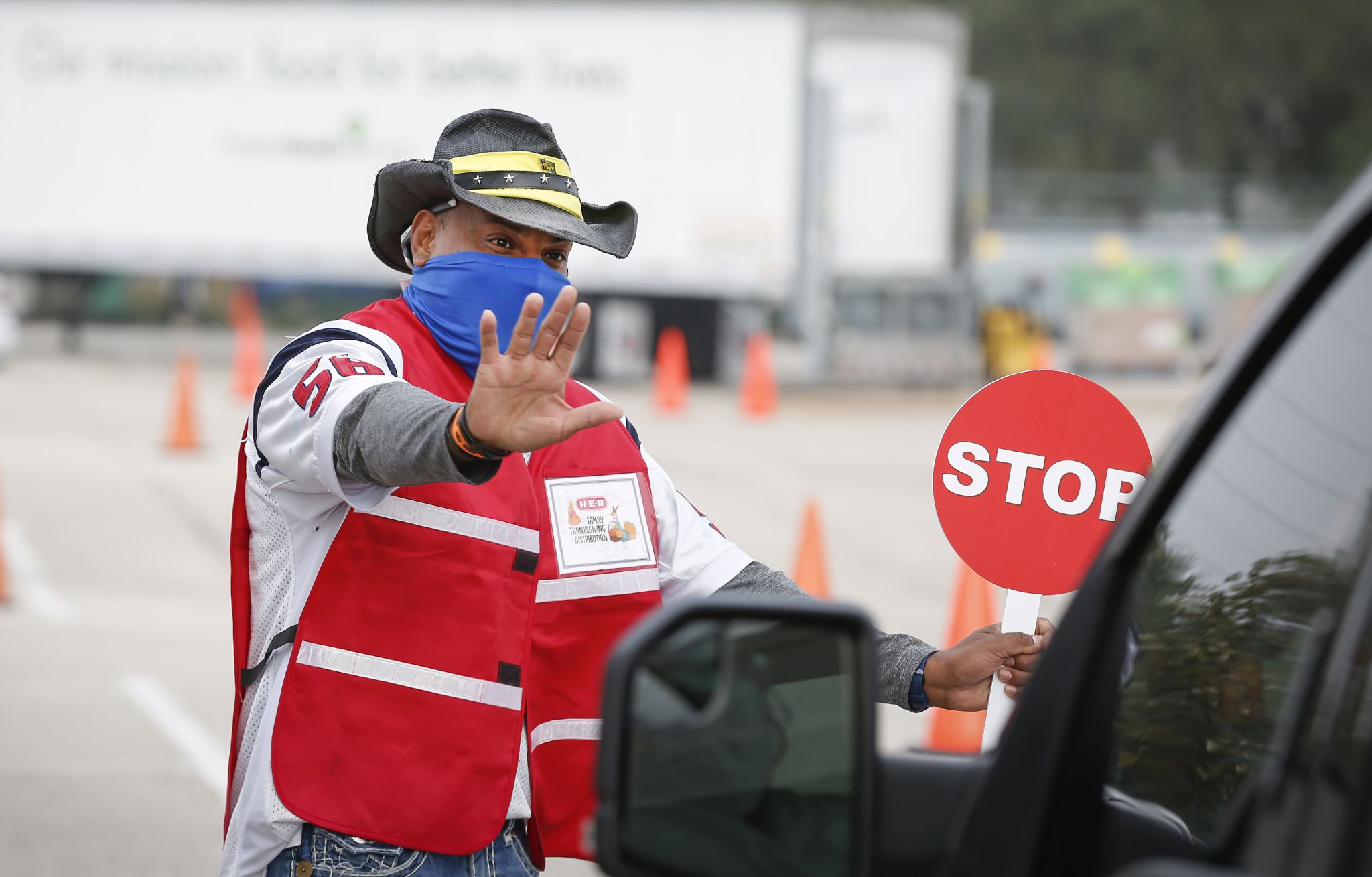 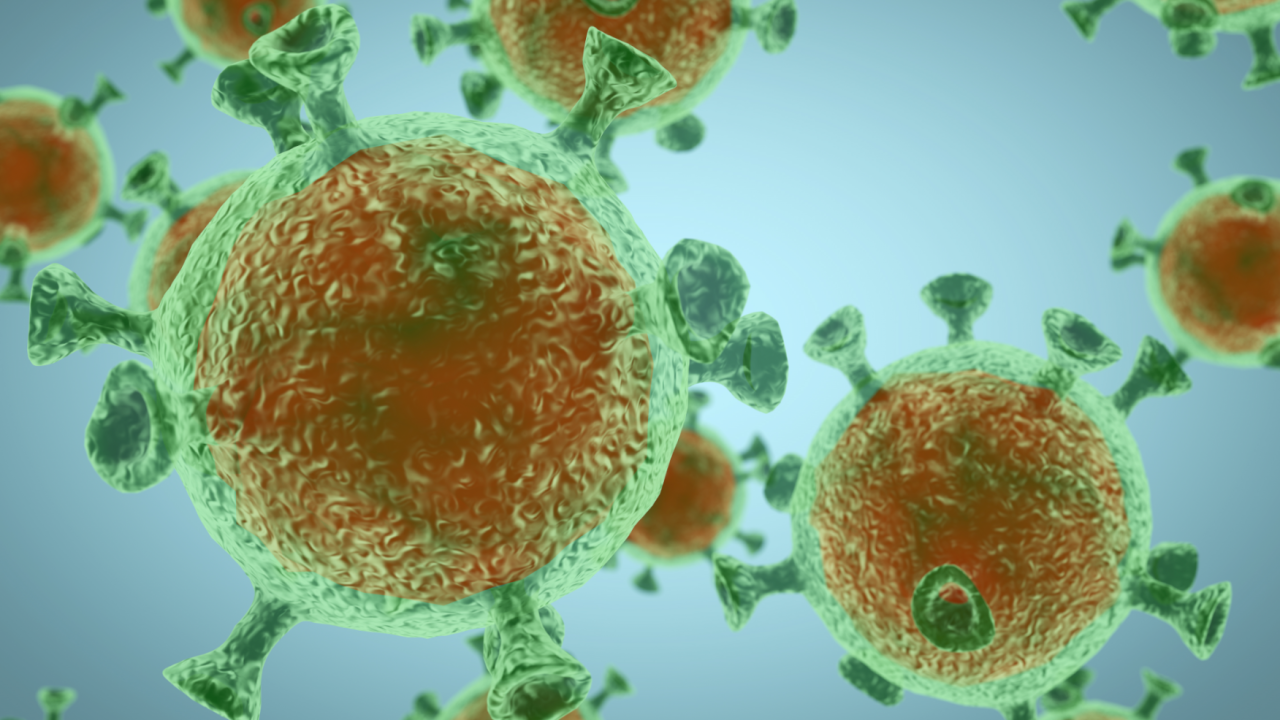 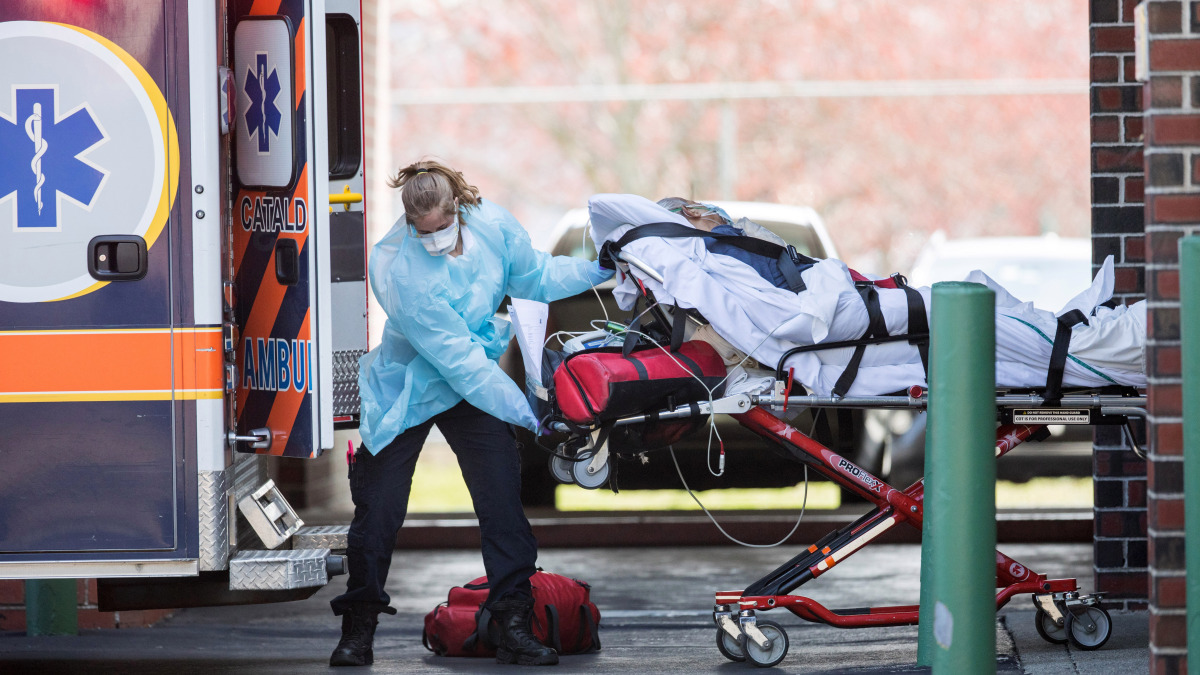 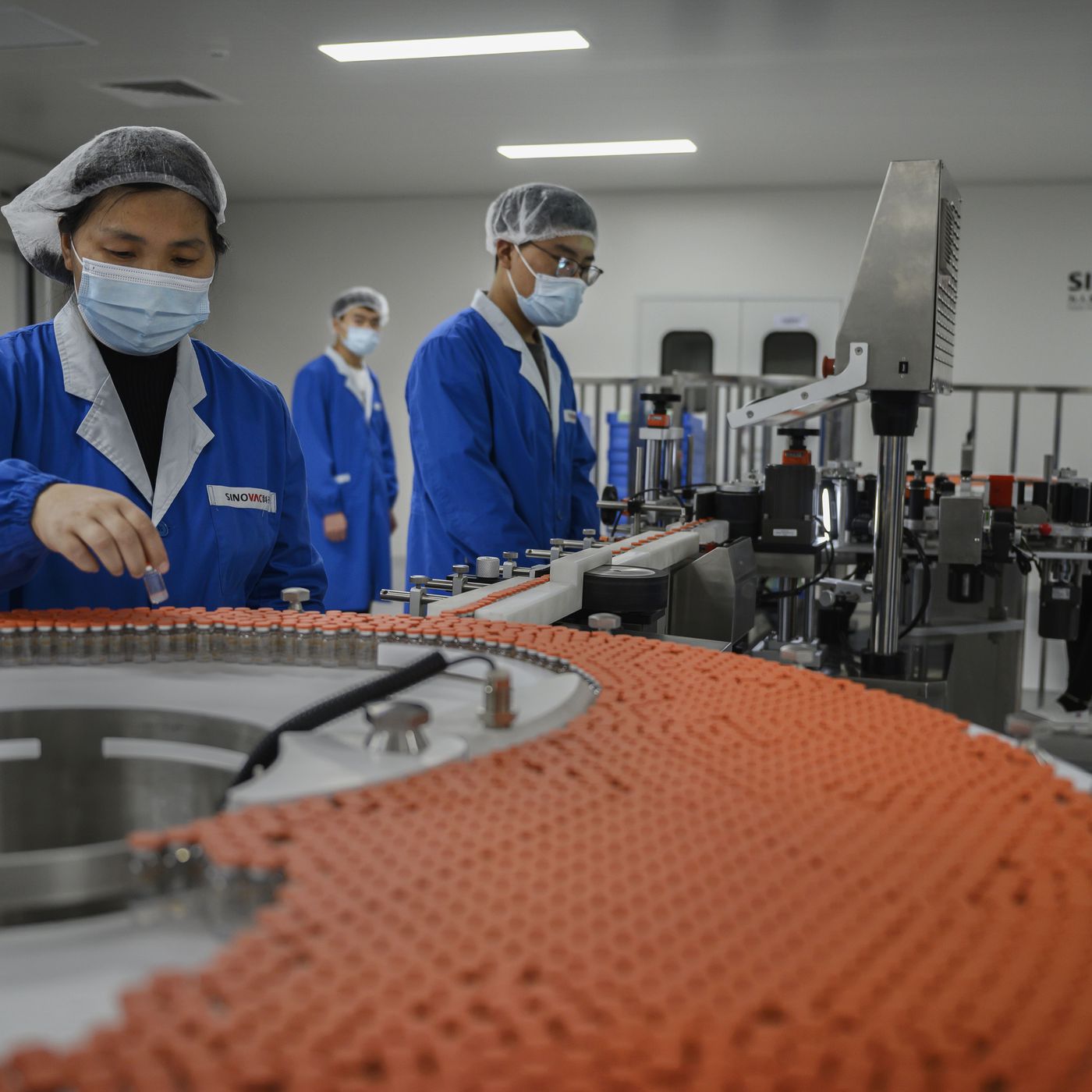 Another study casts doubt on ‘convalescent plasma’ as COVID-19 treatment 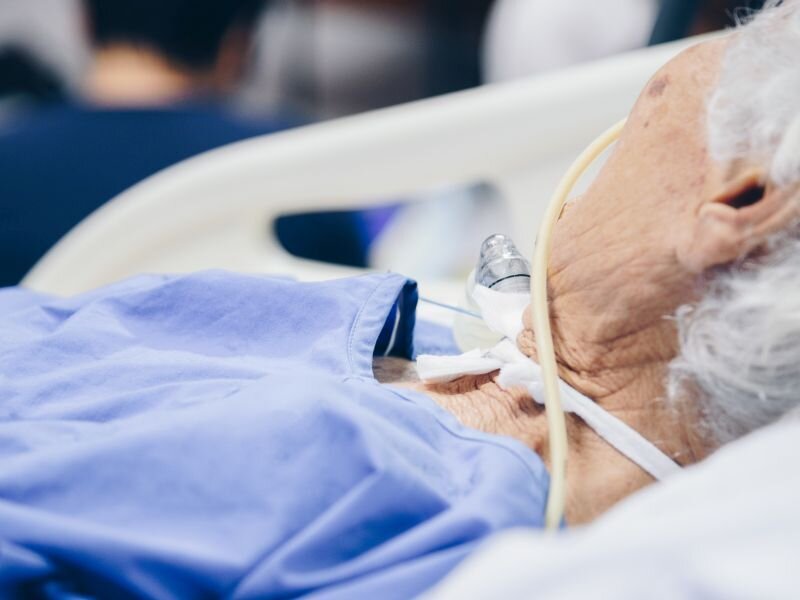 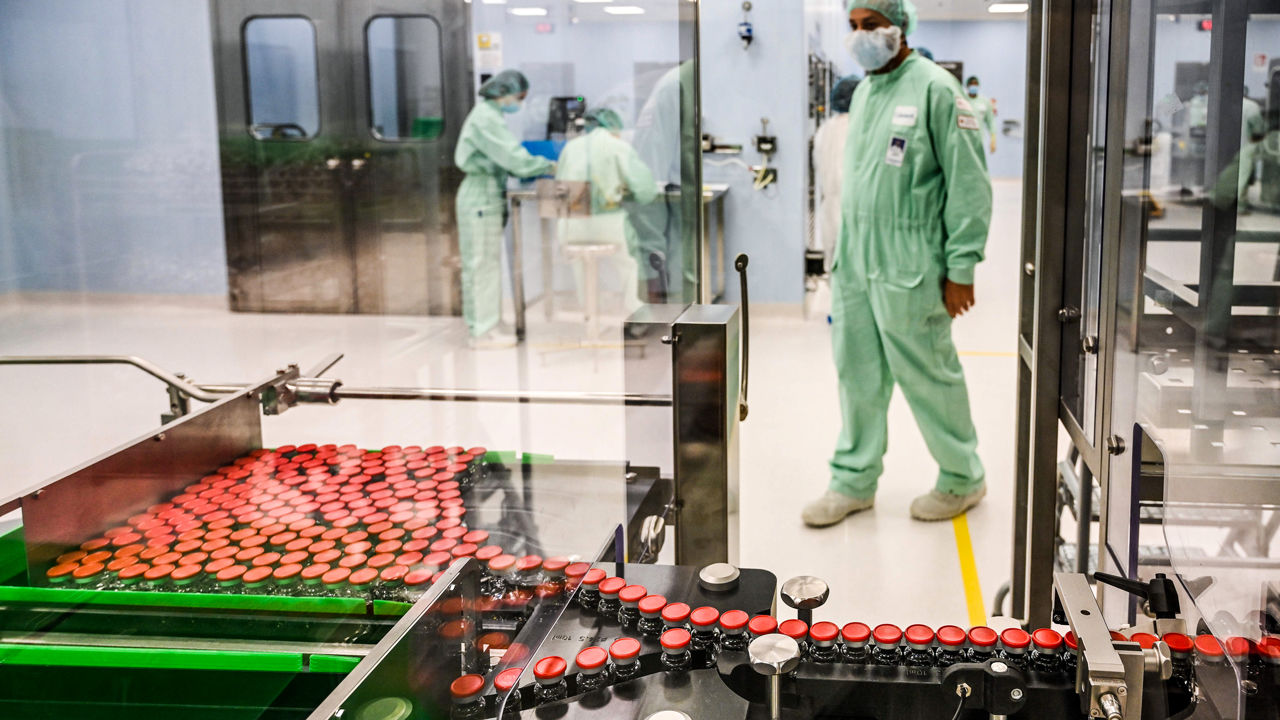 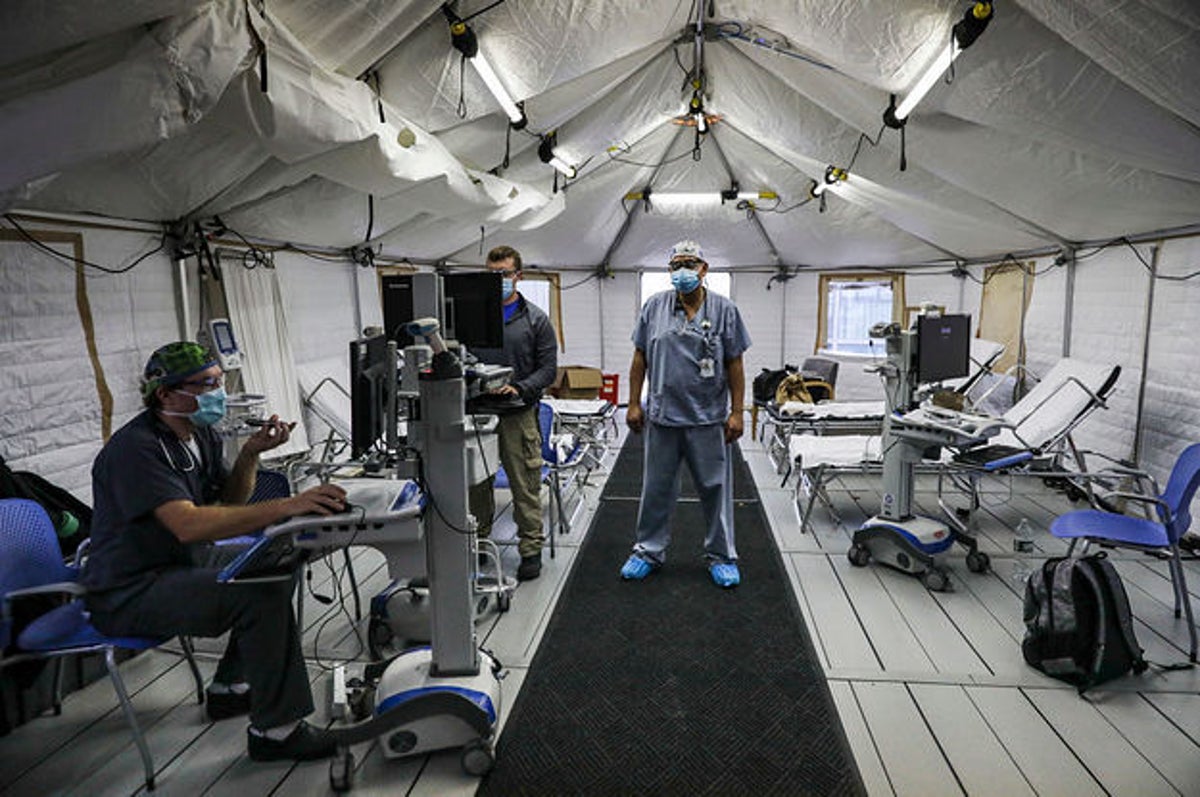 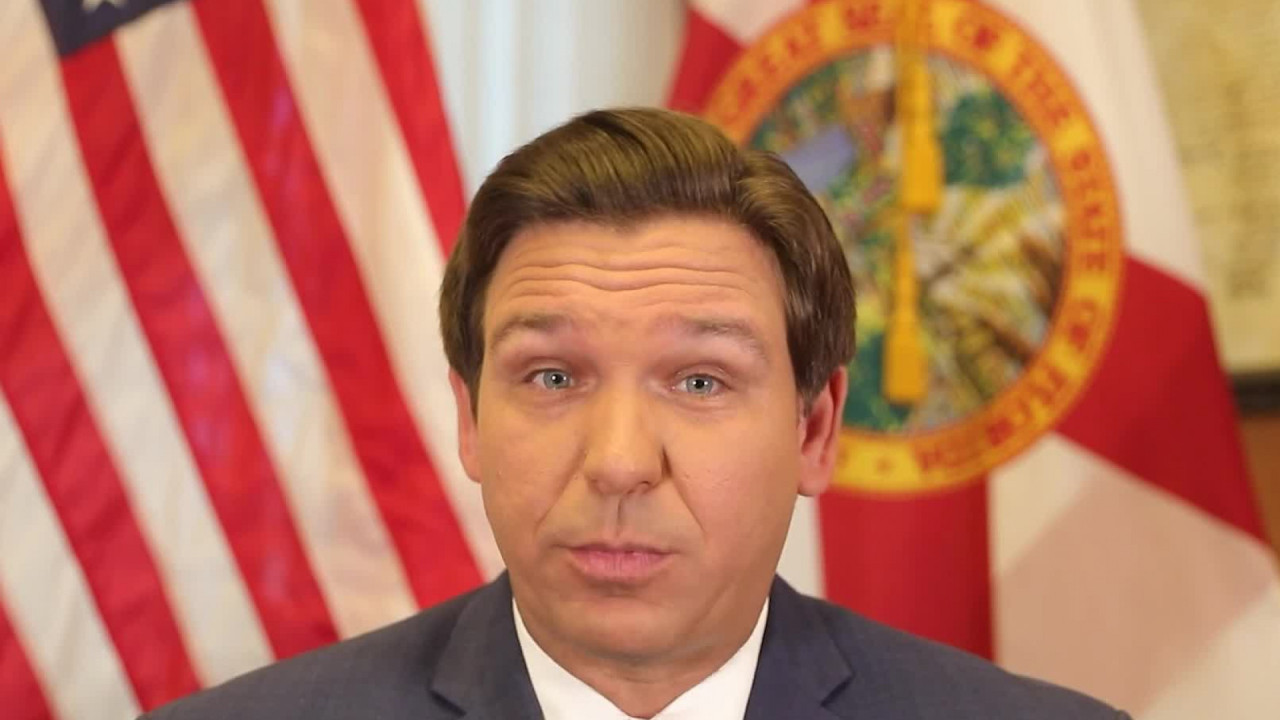