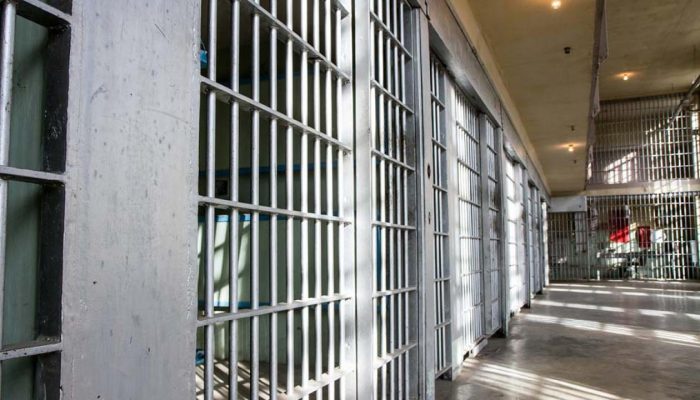 
AUSTIN (KXAN) — In less than two weeks, the number of Texas jail inmates testing positive for COVID-19 increased by 340%.

On April 17, KXAN cited a report from the Texas Commission on Jail Standards (TCJS), which showed 142 inmates had tested positive in county jails across the state. Now, the commission is reporting 626 inmates with active positive tests.

To put that into perspective, the general Texas population saw approximately a 55.7% increase in positive cases over the same time frame (17,371 cases on April 17 up to 27,054 cases by April 29, according to the Texas Department of State Health Services).

“We always call county jails the ER of the criminal justice system.”

The counties with the largest increases in inmates testing positive were:

Smith County, in East Texas, was added to the count with four inmates testing positive. The Webb County jail reported one new case, bringing their total of inmates with confirmed cases to eight.

In Central Texas, the Travis County Sheriff’s Office has reported no positive tests among inmates. It has reported three employees with confirmed cases: one administrative staff member and two corrections officers.

On April 17, the commission reported 147 county jail staff testing positive statewide. Now, there are 241 positive tests for staffers — an increase of about 64% in under two weeks.

After KXAN pointed out that Travis County was not included in the TCJS daily case count, Executive Director Brandon Wood explained they are only publishing numbers for facilities where inmates test positive.

Diana Claitor with the Texas Jail Project said the number of staff who have tested positive is “alarming.”

“They are interacting with inmates, and then going home to their families,” she said.

Claitor said county jail inmates are generally more vulnerable than state or federal prison inmates, who have been in the system for a while.

“We always call county jails the ER of the criminal justice system,” she explained. “The jail is full of people who were just taken directly off the street or their homes … Many of them are in active crisis when they come in. A good 30% or so are in mental health crisis, and there are people with untreated medical conditions.”

Her group is also concerned about the patchwork response and differing protocols across county jails.

TCJS referred KXAN to a series of technical memorandums sent to Texas sheriffs and said they were still investigating complaints per usual.

Claitor said, as concerning as this spike in cases may be, she feels the attitude toward testing and treatment in these facilities is equally worrisome.

“I think a lot of people forget how closely a jail is woven into the community, or town that it’s in,” Claitor said. “There are all kinds of people in there. They are not always serious, major criminals, like people assume.”

She emphasized another difference between prisons and county jails: many jail inmates are still awaiting trial.

“Some of them may not have even seen an attorney. They are not guilty, but somehow we have come to view everybody who is arrested as guilty — and guilty as charged.”

Michele Deitch, Senior lecturer at UT’s LBJ School of Public Affairs, said that’s one reason many people are calling for the release of low-level offenders or inmates awaiting trial.

“We need to try to keep people with the illness from coming into the facility, and we need to be reducing the number of people inside as well,” she said.

She said if counties are releasing inmates, they need to come up with a plan to help them safely re-enter communities — including resources for housing and even testing before their release.

“We certainly don’t want to be just releasing people to the streets,” she said.

She encouraged widespread testing for those who remain in jail facilities, and for staff, as well.

“We’ve learned over the last couple of weeks the extent to which people who are asymptomatic are inside the facilities,” she said, explaining those people become “spreaders” of the virus.

Deitch said that’s why she’s not surprised about the rapid increase of cases at jails across the state, calling for more access to things like soap and hand sanitizer.

She did, however, commend Central Texas facilities for their prevention efforts thus far.

“What happens inside jails doesn’t stay inside jails. They are absolutely, intricately part of our communities,” Deitch said.