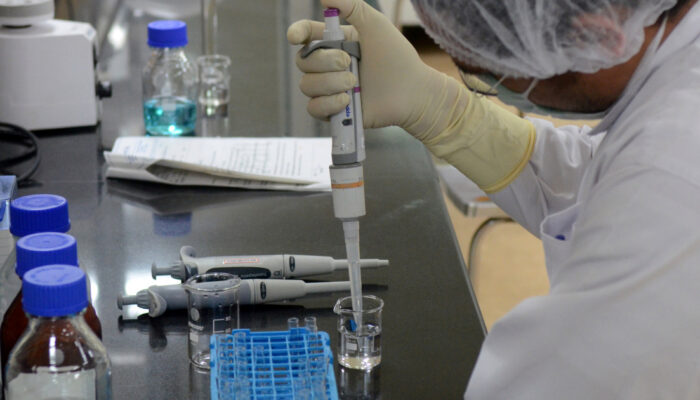 
New Delhi, India – The Serum Institute of India, the world’s largest vaccine producer by volume, has sought government approval for emergency-use authorisation of the coronavirus vaccine that it has developed in partnership with the University of Oxford and British drugmaker AstraZeneca.

“As promised, before the end of 2020, @SerumInstIndia has applied for emergency use authorisation for the first made-in-India vaccine, COVISHIELD,” the company CEO Adar Poonawalla tweeted on Monday.

The experimental vaccine can be stored at two to eight degrees Celsius and can be distributed more easily in India, which has the world’s second-highest number of infections at 9.6 million.

The company has applied to the Drugs Controller General of India (DCGI), with Poonawalla saying the vaccine will “save countless lives” without giving details.

The move comes close on the heels of Pfizer Inc applying for a similar authorisation of its coronavirus vaccine in India on Saturday.

According to Indian media reports, Serum’s application stated that data from four clinical studies, two in the UK and one each in Brazil and India, showed that the vaccine, Covishield, was highly effective against severe COVID-19 infections.

Last month, a 40-year-old man from the southern city of Chennai had alleged that he suffered serious “neurological and psychological” symptoms after receiving the vaccine in a trial being run by the Serum Institute of India.

Adar Poonawalla, CEO of the Serum Institute of India, said the vaccine will “save countless lives” [File: Francis Mascarenhas/Reuters]But the Indian government last week said it had found no reason to stop the Oxford vaccine trials in India after reviewing the volunteer’s allegation of serious adverse effects. The vaccine is currently in the Phase III clinical trial in India.

After a spike in the daily cases last month, India has seen a drop in the daily infections in the past week several weeks.

India’s Ministry of Health and Family Welfare on Monday said that 512 people died in the last 24 hours taking the total COVID-19 fatalities to 139,700.

On Friday, India’s Prime Minister Narendra Modi told an all-party meeting that in next few weeks, Indian manufacturers would be able to produce the much-awaited COVID-19 vaccines.

“Experts believe we don’t have to wait for a long period to get a vaccine. It is understood that in next few weeks, Covid vaccines will be ready. The government is waiting for a go-ahead from the scientists,” Modi said during the virtual meeting with leaders from different parties.

Last month, AstraZeneca said it might have to run an additional global trial to assess the efficacy of its COVID-19 vaccine, after concerns were raised about the effectiveness of its jab. Earlier, the British company said their drug had proved on average 70-percent effective.

Experts warn that before rolling out any vaccine, it should pass through scientific scrutiny.

“Before the government rolls out the vaccine, it must be very much clear to the public – the whole process, the vaccine manufacturing and everything should come out in the scientific papers. It should be provided to the scientific community to scrutinise to see whether they (manufacturers) have rushed to make the vaccine just to get a monetary benefit or just to save the government’s face,” said former president of AIIMS Resident Doctors’ Association (RDA) Harjit Singh Bhatti.

Dr Jayaprakash Muliyil, an epidemiologist at the Christian Medical College in southern state of Tamil Nadu, added that it would not be an easy task to carry out the vaccination drive across India.

“It will be logistically very difficult for India to take the vaccine to every village,” he said, adding that the distribution drive “needs a lot of training and the cold chain support needs to be very strong”.

He however, said that a trial should be carried out before using any foreign-made vaccine like Pfizer.

“The regulatory business in India demands that we test it here on Indian population. We need to look for evidence whether this particular vaccine is going to behave the same way in India as it does in other countries,” Muliyil told Al Jazeera.

Bilal Kuchay contributed to the report from New Delhi

About the Author: aljazeera.com