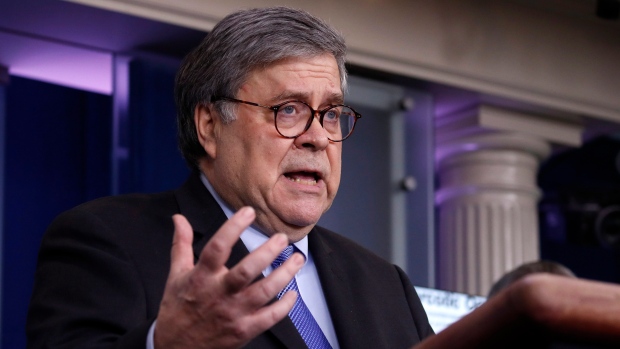 WASHINGTON —
A pregnant inmate whose baby was delivered by caesarean section while she was on a ventilator after being hospitalized with coronavirus symptoms has died in federal custody, the U.S. Bureau of Prisons said Tuesday.

Andrea Circle Bear, 30, died on Tuesday, about a month after she was hospitalized while serving a 26-month sentence for maintaining a drug-involved premises.

Circle Bear was first brought to FMC Carswell, a federal prison medical facility in Fort Worth, Texas, on March 20 from a local jail in South Dakota. As a new inmate in the federal prison system, she was quarantined as part of the Bureau of Prisons’ plan to slow the spread of the coronavirus.

She was taken to a local hospital on March 28 for “potential concerns regarding her pregnancy,” but was discharged from the hospital the same day and brought back to the prison, officials said. Three days later, prison medical staff members decided she should be brought back to the hospital after she developed a fever, dry cough and other symptoms, according to the Bureau of Prisons.

Circle Bear was put on a ventilator the same day she arrived at the hospital and her baby was born the next day by C-section, officials said. She tested positive for COVID-19 days later, on April 4.

BOP did not disclose information about the baby’s health.

Circle Bear’s pregnancy made her high risk for the virus, but she would not be considered priority for release under the Bureau of Prisons and Justice Department guidelines on releasing prisoners to home confinement to help stop the spread. She was already on a ventilator when an expanded home confinement memo was handed down by the Justice Department in early April.

Attorney General William Barr ordered the increased use of home confinement and the expedited release of eligible inmates by the Bureau of Prisons, with priority for those at low- or medium-security prisons — starting with virus hot spots. Under the Bureau of Prisons guidelines, the agency is prioritizing the release of those who have served half of their sentence or inmates who have 18 months or less left and who served at least 25 per cent of their time.

Circle Bear, of Eagle Butte, South Dakota, had been sentenced in January after she pleaded guilty in federal court. The charges stemmed from incidents in April 2018 when she “unlawfully and knowingly used and maintained a place for the purpose of distributing methamphetamine on the Cheyenne River Sioux Indian Reservation,” the Justice Department said.

About the Author: Michael Balsamo