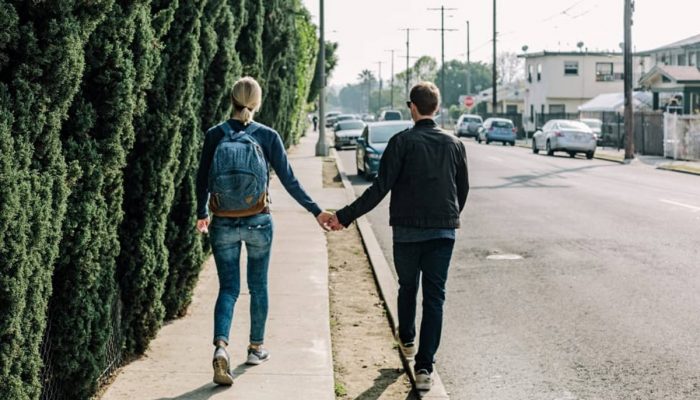 As Canadians face the possibility of being alone with their significant other for the foreseeable future, some say marital discord is more likely than the kind of intimacy that would lead to a baby boom nine months from now.

Disaster sometimes brings people closer together — pregnancy rates were up slightly following 9/11, and after the well documented power blackout in New York in 1977 the city experienced a small surge in the birthrate.

“I think the blip that did occur way, way, way back in 1977 was a very, very small one. It was barely traceable but it made a good news story,” McCormack said in an interview.

Still, many are wondering if extra time in lockdown with will lead to a new generation of “coronials” or ”baby Zoomers.”

Online hashtags have cropped up including #infectiouslycute and #madeinquarantine, as well as jokes that boom babies should known as “children of the quarn.”

In fact, McCormack said with the uncertainty over jobs and a ban on travel, the population is likely to drop slightly until 2021.

“You’re not going to get as many people moving to Canada or moving anywhere as you normally would, so the population’s going to suffer in the short term,” he said.

McCormack said given the current uncertainty about health and the economy, any increased intimacy will be tempered with caution.

“I don’t think in this world right now people are going to be feeling too good about bringing kids into it, so I wouldn’t expect a huge blip,” said McCormack.

“For any positives there might be towards seeing more people who are mating, there will be a disincentive to make sure that any baby is the result.”

A Toronto family lawyer said there isn’t a lot of data about what impact COVID-19 will have on the divorce rate but information out of China indicates a huge jump in the number of couples seeking to separate.

“While it’s hard for me to comment on how this pandemic will affect divorce rates, I can tell you from my experience that stress is a major contributor to why people get divorced,” said Laura Paris, associate lawyer at Shulman and Partners.

COMMENTARY: COVID-19 modelling useful, but not a crystal ball

Paris said even healthy relationships might be strained during the pandemic, and for those who have already been having difficulties the prognosis isn’t good.

On the other hand, concerns about the economy might force people to stay together for financial reasons.

According to a recent study from the Vanier Institute of the Family, the Association for Canadian Studies and Leger, nearly 8 in 10 people aged 18 or older say they and their spouse are supporting one another well since the start of the COVID-19 pandemic.

Only a small minority indicate that arguing between them has increased, having been in close contact for longer periods as a result of social distancing and self-isolation.

A Calgary psychologist and counsellor said couples who have a lot in common and have traditionally done things together should survive with their relationships intact.

But Joanne Ginter, from Sundancer Psychological Services, said others will face challenges.

“If you had something to begin with, that drew you together, that made you connected, that you could keep doing then you will probably be okay,” she said.

“But if your relationship had gone to the point where it’s ‘God, we’re going to work so we can get away from each other and now they’re stuck in the house,’ I don’t think people are probably going to cope very well.”