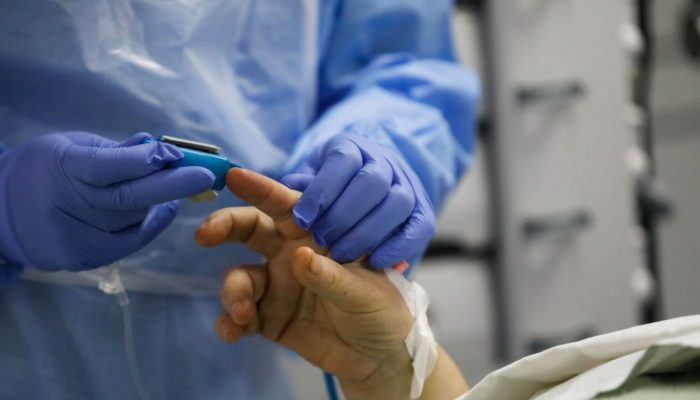 
Medical personnel treating severe cases of COVID-19 focus much of their effort on keeping their patients alive until the body’s own defenses can rally, allowing them breathe on their own.

Acute respiratory distress syndrome, known as ARDS, is a life-threatening condition in which fluid leaks into the lungs. Common in coronavirus patients, particularly older ones, it can lead to respiratory failure and death.

A ventilator is the main option currently available for treating patients with ARDS, in the hope that the mechanical aid to the lungs will enable them to survive. But in at least 50 percent of cases, and by some assessment as many as 70 percent, COVID-19 patients on ventilators never recover.

Four years ago, Prof. Josué Sznitman and his team from the Technion – Israel Institute of Technology in Haifa started developing a treatment for a condition similar to ARDS that can affect preterm infants whose immature lungs lack pulmonary surfactant, the liquid that coats the surface of alveoli in the lungs.

“For 30 years now we know that injecting liquid surfactant directly into the neonates’ lungs greatly helps the lungs function normally,” Sznitman says, adding that the method has a success rate of 98 percent in the infants’ saving the lives.

The problem is that the delivery method has been highly ineffective in adults because of differences in lung size. In larger lungs, liquid instillations quickly drain into pools, drowning some lung regions and leaving others entirely untreated.

The simple, elegant solution being developed in Sznitman’s laboratory is to turn the liquid surfactant into a foam. “Foam has more volume” than liquid, he explains, “and is less affected by gravity, so it can spread in a uniform manner through the lungs and restore the ‘facelift’ to the epithelial cells that they need to function properly,” he says.

The invention, known as Liquid Foam Therapy, or LIFT, has been tested successfully on rats, which recovered to a healthy state within 15 to 30 minutes, with no adverse events. As rat lungs are too small to demonstrate improved distribution that is critically necessary in adult lungs, the team used ex vivo experiments in adult-sized pig lungs to show how LIFT spreads homogeneously compared with liquid administration.

Next month the laboratory hopes to begin preclinical tests in live pigs. If they succeed, Sznitman hopes to begin the first clinical trials of the therapy in humans this fall, to accelerate the development of a treatment.

“If the technique proves itself, it could also be used to administer drugs and other treatments directly into the lungs, such as stem cells that could help damaged lungs recover,” he says.

The research has support from the European Union and Israel’s Science, Technology and Space Ministry.

The laboratory of Prof. Naftali Kaminski, the Boehringer-Ingelheim Endowed Professor of Internal Medicine and Chief of Pulmonary, Critical Care and Sleep Medicine, at Yale University’s School of Medicine, is conducting research into a different approach to prevent the severe implications of ARDS.

“Three or four years ago we discovered that thyroid hormone helps to protect the epithelial cells of the lungs from damage,” says Kaminski, who is also a pulmonologist.

A few years ago he began developing a drug called sobetirome, which mimics the effects of thyroid hormone therapy in lung fibrosis. It heals scarring and improves cell function in lungs, but lacks the toxic effects of excess thyroid hormone on heart and skeletal muscle.

“It was surprising how effective sobetirome was in mouse models,” said Kaminski. “We saw significant improvement.” The drug has not yet been tested in humans, but Kaminski said that once funding is secured, they can quickly move it to trial and approval.

About the Author: haaretz.com