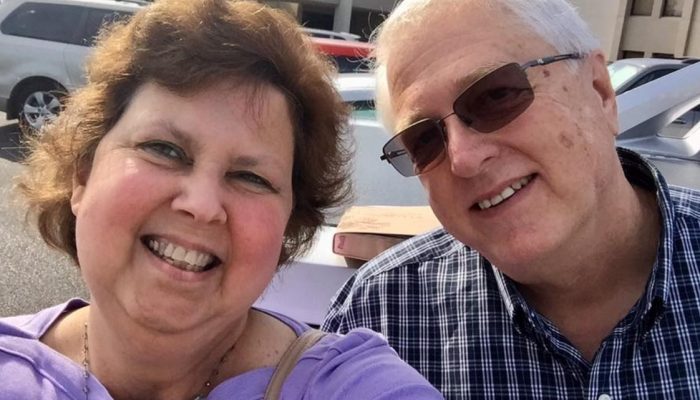 FORT WORTH, Texas — While physicians, government leaders, and even President Donald Trump turn to the antimalarial drug hydroxychloroquine in the fight against COVID-19, one Tarrant County woman believed to have contracted the disease in late February says the drug saved her life.

Heavy research now surrounds hydroxychloroquine after some physicians saw success in treating COVID-19 patients with it.

President Trump even said in a news conference earlier this week that 29 million doses have been added to the National Strategic Stockpile, which is a repository of medical supplies used to respond to medical emergencies.

Governor Greg Abbott said Monday that the drug was being used to treat about 30 infected patients residing at the Resort at Texas City, a nursing home in the city where an outbreak occurred.

However, there is not enough proof or data to support the drug’s widespread use as a treatment. There are also side effects that could possibly cause long-term vision loss and heart issues.

The drug is primarily used to treat lupus, rheumatoid arthritis, and malaria. It is getting attention due to a laboratory study that found it could block COVID-19 from hijacking cells and then replicating within the body.

Cami McCraw forgot she had a bottle of the drug in her house and had no idea it would aid in her fight against COVID-19.

“I was so much better after one day of taking it,” McCraw said. “For me, it was worth it.”

WFAA first introduced viewers and readers to the KATZ Radio host when she was denied a COVID-19 test by Tarrant County Public Health after being hospitalized with symptoms.

McCraw was formerly with WBAP and other stations in West Texas.

She was even a camera operator at KXAS-TV in the late 80s and early 90s.

McCraw (right) is known to listeners as “Cami Bradley.”

Around February 27, McCraw told WFAA that she started having gastrointestinal issues and early symptoms of having the virus.

On March 11, McCraw said she started feeling sick after a scheduled doctor appointment. Five hours later she was in the ER.

McCraw was sent home after her ER visit but was back almost two days later when symptoms worsened. She tested negative for strep and the flu.

She spent the next six days at the hospital before being sent home to be quarantined with her family.

McCraw said she had a viral form of pneumonia and also needed oxygen too.

She also said she had aches all the way down to her fingertips. She was given a number of antibiotics, including azithromycin that didn’t seem to have an impact.

“It was like having the worst flu, like on steroids,” McCraw said. “Worse than anything I’d ever had.”

McCraw was denied a test by Tarrant County likely because her symptoms weren’t severe enough and due to the fact that testing was scarce last month.

Either way, her physician sent her home and treated her as if she had COVID-19.

He suggested she start taking hydroxychloroquine.

“He wrote me a prescription, but I remembered I had a bottle of it already in my house,” McCraw said.

McCraw said she was previously prescribed hydroxychloroquine to help with fibromyalgia but when it wasn’t effective, she shelved it.

After taking one dose, McCraw said her health turned around.

“I mean the fever started going down and my appetite came back. I still felt achy and had other issues like being sick to my stomach, but it was unbelievable in just one day,” McCraw said.

“I was scared. I was scared of going home with a fever that high. I mean, I was sick for a couple of weeks and then you’re talking about feeling better in 24-hours.”

Within a few days, McCraw was back to being a DJ on KATZ Radio with her co-host John Roberts.

Hydroxychloroquine is not an endgame in the fight against COVD-19, but it appears it could be a sword when the medical community needs a missile.

While the FDA tests to see its broader impact on patients, McCraw said she credits it to helping her get back on her feet.

McCraw is now wanting to thank those in the medical community who helped her recover.