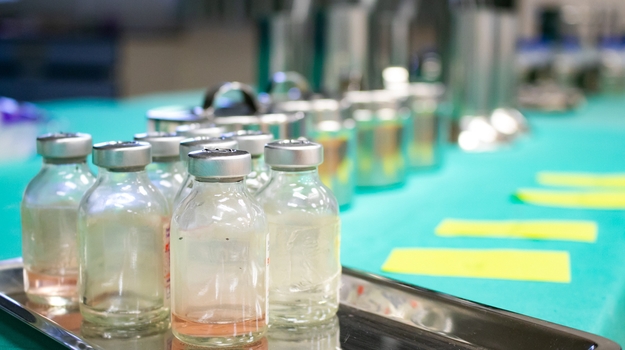 There are more than 70 groups worldwide rushing to develop a vaccine against COVID-19, including Moderna, Johnson & Johnson, Pfizer and BioNTech, Novavax and many others. One of the groups that appears to be ahead of the race isn’t a commercial biopharma company, but Oxford University’s Jenner Institute. Their primary focus is vaccine development and they had already tested a vaccine for an earlier coronavirus last year, showing it was not harmful to humans.

This head start has them expecting to launch a clinical trial of more than 6,000 people in May, showing not only that their COVID-19 vaccine is safe—typically the goal of smaller Phase I clinical trials—but effective, the goal of larger Phase II and Phase III clinical trials. With emergency approval, the Oxford University researchers believe they could have a few million doses of the vaccine available by September if it is proven effective.

Their virus has been tested in six rhesus macaque monkeys at the National Institutes of Health’s Rocky Mountain Laboratory in Montana, that were then exposed to large volumes of the virus causing COVID-19. More than 28 days later, all six were still healthy.

“The rhesus macaque is pretty much the closest thing we have to humans,” said Vincent Munster, who conducted the test. The data is still being analyzed, but is expected to be published next week and submitted to a peer-reviewed scientific journal.

Monkey research doesn’t guarantee it will work as well in humans, but it is one of the first indicators.

The other ongoing clinical trials, primarily Moderna’s mRNA vaccine, Pfizer and BioNTech’s similar vaccine, and CanSino Biologics are generally in smaller groups of patients. Moderna’s trial, for example, has moved into the second round of dosing, but the trial is only studying 45 healthy adults. The NIH is expanding it to include 60 adults over the age of 56. The Phase I trial by CanSino evaluated 108 patients, with the Phase II scheduled to enroll 500 healthy participants.

One reason the Oxford group led by Adrian Hill, the Jenner Institute’s director, is ahead of the game is because Hill has spent most of his career on vaccine development, primarily on malaria. Jenner is one of the largest academic centers focused on nonprofit vaccine research. It even has its own pilot manufacturing plant that can make a batch of up to 1,000 doses. And as long ago as 2014, they had developed a template for mass production of the coronavirus vaccine, if it is effective, that could provide a million doses.

Once the pandemic hit, Hill put all the current work on other vaccines into storage and pivoted the institute’s resources and talent on COVID-19. Their vaccine alters the genome of a familiar virus, modifying it first to neutralize any disease effects and then force it to mimic the SARS-CoV-2 virus that causes COVID-19. Once injected, this “impostor” stimulates the immune system to battle and kill the COVID-19 coronavirus.

One of Hill’s colleagues at Jenner is Sarah Gilbert, who had been conducting work on another coronavirus, MERS. She had been conducting clinical trials of a vaccine against MERS, which is still common in Saudi Arabia. Once the genome of SARS-CoV-2 was published, she believed she had an opportunity to show how their approach could be both versatile and fast.

“We thought, ‘Well, should we have a go? It’ll be a little lab project and we’ll publish a paper.’”

Then the scale of the pandemic became obvious and grant money started arriving.

Various Jenner researchers are collaborating with half a dozen drug companies across Europe and Asia to scale up manufacturing to produce billions of doses as quickly as possible if the vaccine is approved. Millions of dollars are being donated to implement manufacturing capabilities in Britain and the Netherlands.

Disconcertingly, they have not yet reached a deal with a North American manufacturer, partly because major pharma companies generally require exclusive worldwide rights before investing in a possible therapy.

“I personally don’t believe that in a time of pandemic there should be exclusive licenses,” Hill told The New York Times. “So we are asking a lot of them. Nobody is going to make a lot of money off this.”

About the Author: Mark Terry