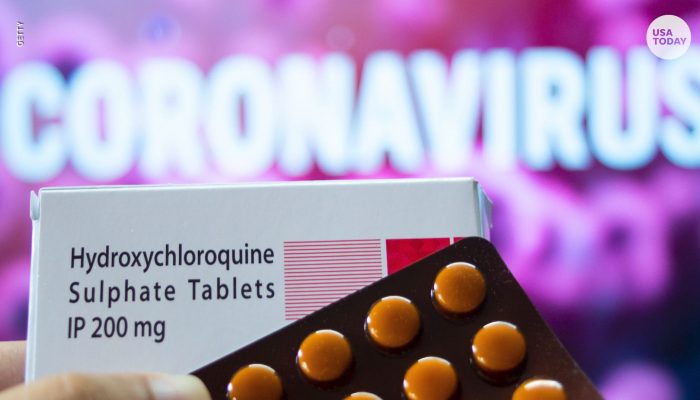 Despite President Trump’s thoughts, drug and disease experts seem to agree that hydroxychloroquine is not a proven preventative measure for COVID-19.

Authors of a major study on the drug hydroxychloroquine have asked the scientific journal The Lancet to retract their study, saying they are no longer confident in its findings.

The study, initially published on May 22, raised questions about treating severely ill patients with the drug typically used against autoimmune diseases and malaria. Publication of the study, which found no benefit from the drug but potentially serious cardiac side effects, led other researchers, including the World Health Organization to halt studies of the drug.

President Trump has touted hydroxychloroquine as a “game-changer” in the fight against COVID-19, and had taken it himself for a time, he said, hoping to prevent infection with the viral disease.

Other studies have also raised questions about using hydroxychloroquine against COVID-19, and the French study that first led to its widespread use against the disease has been roundly criticized as sloppy and misleading.

A study published Wednesday in the New England Journal of Medicine, for instance, found that the drug was not effective in preventing COVID-19, though other studies looking at that question continue.

While many US hospitals used hydroxychloroquine early in the outbreak, they have since moved away from the drug, relying instead on the antiviral remdesivir, which scientific research has more consistently found to be safe and effective.

Three authors of The Lancet study, Drs. Mandeep Mehra, Frank Ruschitzka and Amit  Patel, all prominent cardiologists, released a statement Thursday afternoon explaining their decision to ask for a retraction – a relatively rare step in science that is considered extremely embarrassing.

They opted for the retraction, they said, because outside reviewers could not confirm their results. Although serious concerns were raised about the accuracy of the patient data they relied on in their study, the company that collected the information, Surgisphere Corporation, refused to release it for further analysis citing patient privacy.

“As such, our reviewers were not able to conduct an independent and private peer review and therefore notified us of their withdrawal from the peer-review process,” the authors wrote in their retraction request. “Based on this development, we can no longer vouch for the veracity of the primary data sources.”

The same authors also retracted a paper they had published in the New England Journal of Medicine last month based on the same data. In that paper, the researchers found they could not confirm earlier concerns about using heart disease and high blood pressure medications, called ACE inhibitors and ARBs, to treat hospitalized patients with COVID-19.

Other scientists praised the authors’ decision to withdraw the papers, but said it was an example of the type of sloppy research published in the rush to combat the global pandemic.

There is a “glut of low quality science that is being performed in the wake of COVID19,” said Vinay Prasad, an associate professor at the University of California San Francisco, and a frequent critic of scientific research.

“This paper might just be tip of the iceberg of potentially erroneous conclusions being drawn from studies fundamentally ill-suited to the task at hand,” he continued via email. “If someone were keeping a book of ‘Things to do better in a future pandemic’ it probably already has 1,000 pages.”

“There clearly was at least sloppiness, if not somehow misrepresentation of the data,” said Philip Rosenthal, a professor of medicine at the University of California, San Francisco and a signatory, along with nearly 180 other scientists, to a letter sent last week raising questions about the study. “It doesn’t mean the primary conclusions are wrong, but it definitely brings into question the data.”

Many studies have been made public during the pandemic that were not first reviewed by other scientists, contradicting the standards of scientific publication during normal times.

But even when studies do undergo such “peer review,” as both retracted papers were, they can be flawed, said Dr. Ivan Oransky, co-founder of Retraction Watch, which tracks scientific publications, as well as vice president of editorial at the medical news site Medscape. “I trust (science) more than I trust politics, more than I trust a lot of human endeavors, but I certainly don’t blindly trust it.”

Other studies have not shown the same level of dangerous side effects as The Lancet one, said Dr. Michael K. Paasche-Orlow, a professor of Medicine at Boston University, who also signed the letter raising questions about study.

But Paasche-Orlow said he does not support the idea of using hydroxychloroquine to treat very ill, hospitalized patients. The drug is thought to prevent replication of the virus, but in those who become severely ill from COVID, it is not viral replication but an immune over-reaction that is making them ill, he said. At that point, treatments that address the immune system will probably be more useful and pose less risk of unnecessary side effects, he said.

The World Health Organization has restarted its trial of hydroxychloroquine for COVID-19 patients, which it had paused after The Lancet publication. The WHO’s Solidarity treatment trial also includes three other arms, one testing the antiviral drug remdesivir, which was developed initially to treat Ebola, and two combinations of HIV drugs: lopinavir and ritonavir, and lopinavir, ritonavir and interferon beta.

COVID-19 has infected more than 6.5 million people worldwide and killed nearly 400,000 since late last year. More than one-quarter of those deaths have been in the United States.

About the Author: Karen Weintraub