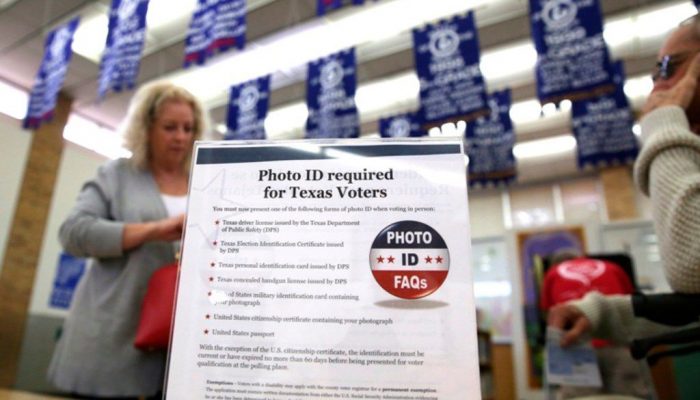 I wasn’t born in Texas, but I got here as fast as I could. I was so proud when I moved to Texas 30 years ago. Back then, in 1990, Texas was a leader. Our economy was booming, thanks to oil and gas, real estate, high tech and financial services. This was the place to be for entrepreneurs, especially for women.

Being a business owner myself, I loved it here. Texans had the reputation of thinking big. Blustering? Yes, but Texans had a “can-do” attitude — and a big heart. Nonprofits thrived because everybody said “yes” when asked to help.

What happened? We pass laws, some unconstitutional, that are unwelcoming to corporations whose employees are more forward-thinking. We are downright cruel to women who seek to be in charge of their own health care. We don’t welcome people from other countries seeking a better life. What saddens me the most is evidently we don’t want Texans, U.S. citizens, to vote.

I call on our elected leaders to make me proud again to be a Texan. Pass legislation that makes it easy for all qualified Texans to vote.

Re: “Every Texan should be able to vote by mail — We must protect citizens’ ability to exercise their constitutional right during this pandemic,” by Terry Meza, Tuesday Opinion.

Thank you for running Meza’s unassailable argument for vote by mail in Texas. As others have explained before, Meza gives the almost-nonexistent cases of voter fraud: 0.0000001% of votes. Having followed this issue for many years, I believe that even those cases came about because unscrupulous criminals took advantage of incapacitated seniors. If vote-by-mail were extended to younger voters, that kind of problem would not even come up.

Vaccine quest must be global

This promising vaccine news deserves your front-page coverage! I know I will not feel comfortable going out until I get vaccinated. I am sure many others share my feeling.

When a vaccine is available, everyone who wants to be vaccinated should be. The way that happens around the world differs greatly as the quality and capabilities of health systems are so different.

Gavi, the vaccine alliance, is the leading international organization driving the equitable delivery of life-saving vaccines. Since its inception, Gavi has protected a whole generation of children, 760 million of them, from potentially fatal infectious diseases. The alliance, along with its low-income country partners, must begin preparing now to deliver a COVID-19 vaccine in its countries while also figuring out how to continue current immunization programs.

The new House emergency funding bill made no provision for global programs. We cannot and should not ignore the world. Please contact both Texas senators and urge that the Senate bill recognize the global nature of the pandemic. Including at least 1% of any additional funding for global efforts, including for Gavi, would be prudent.

Give us the news

The editorial board of every newspaper has the right and privilege to choose its political stance and to voice it through editorials and opinion pages. The rest of the paper, however, has a responsibility to its readers to report the news without bias, not what could happen or might happen, but what has happened.

Whatever his shortcomings, it would seem fair to mention that in the wake of COVID-19, President Donald Trump in January started closing our borders for protection (to much criticism); that he then formed a panel of knowledgeable, experienced people to combat the virus; that he rallied private industry leaders to produce needed supplies; and that he supported and has repeatedly given credit to health care workers, first responders and those who maintain supply chains.

It would seem especially newsworthy — though no mention was made in the Saturday, Sunday or Monday editions, but finally on Tuesday, below the fold — that Trump has now commissioned two leaders, one civilian, one military, to direct production of a vaccine at “warp speed” with already hopeful results.

Voice your opinion, our precious right as Americans, but also give us the news.

Can someone explain to me how Treasury Secretary Steve Mnuchin keeps his job? The money that was mistakenly given to publicly traded companies instead of the small businesses it was supposed to save is up to more than $1 billion. At last count, only about $125 million has been returned. His comment: “I think it was inappropriate for most of these companies to take loans, and we don’t think they should have been allowed to.”

No apology, no admission that it was his organization that administered the program. How many small businesses across America have had to close their doors because of this incompetence?

Now we learn that the Treasury Department has disbursed less than 8% of the $500 billion approved by Congress two months ago. Most of this emergency fund of loans and loan guarantees just sits there. The portion of the fund for airlines and firms critical to national security, $46 billion, has not been accessed at all.

If you add on the people who never got their stimulus check along with the deceased ones who did, it paints a picture of absolute failure. Where is the accountability here?

Re: “Nothing on Flynn?” by John C. Edwards, Tuesday Letters.

Dear John: If The Dallas Morning News is the enemy of the people, they would not have printed your letter of scathing criticism. Think about it.

Click here to submit a letter to the editor. Be sure to include sources.