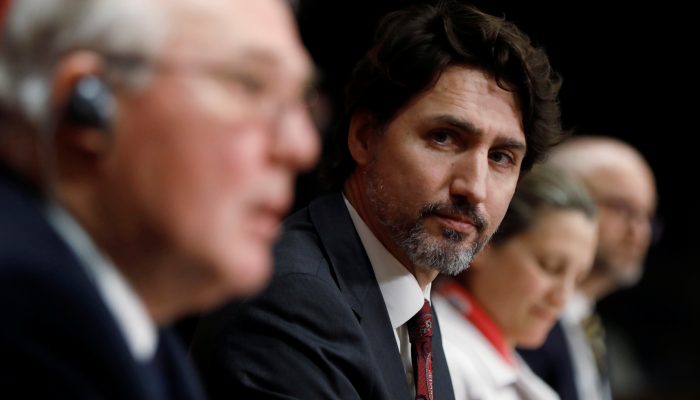 
Several of Canada’s premiers aren’t reacting well to the federal government’s gun ban announcement, saying it doesn’t do anything to combat gun crime and the vast money being promised by the Trudeau government could have been better spent elsewhere.

“I’ve made it my mission to target the thugs and the low-lifes that are out there terrorizing innocent people,” Ontario Premier Doug Ford said on Saturday. “As law enforcement experts have highlighted time and time again, the only way to truly tackle gun violence is to crack down on the illegal guns being smuggled in daily at our borders.”

Ford was clearly frustrated with the Trudeau government’s plan to spend $600 million or more to purchase guns that were made illegal by a cabinet decree on Friday and will be purchased by the government over the next two years. He said it made no sense, a sentiment shared by Alberta Premier Jason Kenney.

“Ottawa is singling out law-abiding Canadians who purchased their property legally, have owned these items safely for years, and who have committed no crimes,” Kenney said in a statement.

“We know that the overwhelming majority of firearms used criminally in Canada are smuggled in illegally from the United States. Instead of addressing this, Ottawa will instead spend vast sums of money to criminalize law-abiding Canadians. That money would be far better used to pursue the smugglers and drug gangs that plague our society,” added Kenney.

“I am extremely disappointed by (Friday’s) announcement by the federal government of a firearms ban that only serves to penalize law-abiding gun owners,” Moe said.

The Trudeau government previously announced $327 million over five years to combat guns and gangs with some of that money going to provincial or municipal programs while other funding goes towards national programs.

The decision to spend $600 million to pay legal and licenced gun owners to hand over their rifles — rifles never used in crimes — means that the Trudeau government has decided to spend almost double on disarming law-abiding gun owners as they will combatting the real problem of guns and gangs.

As for the border, the feds are only promising $86 million over five years, or $17 million a year, to fight back at what every police chief in Canada will tell you is the No. 1 source of crime guns.

The other problem with Trudeau’s actions is that he has banned hundreds of rifles never used in a crime in Canada but has left handguns alone. The guns favoured by criminals are smuggled American handguns, preferably stripped of serial numbers.

It’s easier to hide a small pistol than an AR-15.

None of this matters to the prime minister, he made it clear with his language and actions that he wants to be seen doing something – whether it helps or not.

At his announcement Trudeau referred to the rifles being banned time and again as “military grade assault weapons.” It’s an invented term that has no legal definition.

Also, most of the guns being banned are not and have never been military guns, other than the several guns the Trudeau Liberals put on the list that were already banned for civilian use.

Did I mention that they also banned already illegal rocket launchers plus listed a website and a Facebook chat group on the list of banned guns? The whole thing was clearly put together by people without a clue.

Ford said he’d be happy to partner up with the Trudeau government to stop gun smuggling and tighten bail and sentencing conditions for those using guns for crime but scoffed at the idea that gun crime will be lowered as a result of this.

“I don’t think it’s going to go down in Toronto based on taking guns away from legal gun owners,” Ford said.

About the Author: The Province