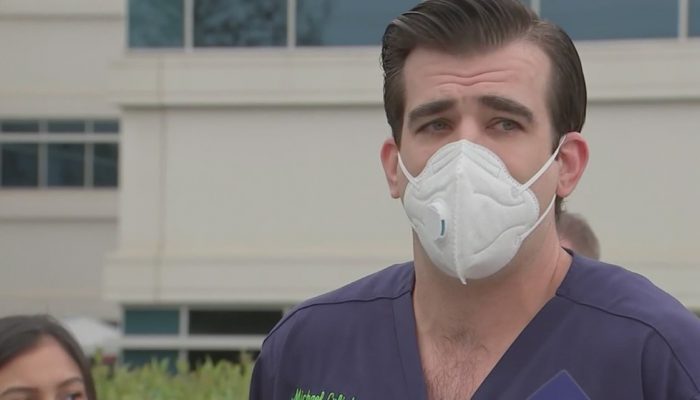 The county also reported two new deaths, bringing the countywide number of deaths to 264 since tracking began in March.

An Irving man in his 20s who had been critically ill in an area hospital, with no other underlying health conditionsA woman in her 90s who was a Dallas long-term care facility resident who died in the facility

On Saturday, Dallas County ended the week with its highest daily average of COVID-19 cases and its second-most deadly week since the pandemic started. Two people died from the disease and the count reported 289 new cases Saturday.

The two people who died in Tarrant County were:

The person in question had not been on campus for the entire month of May and was away from the facility for unrelated reasons before they returned back to work on June 1.

On June 1, “she began to feel ill and left early,” the correctional facility said in a statement Sunday. She has not returned to campus since then and is recovering at home.

The Giddings State School said it is currently in the process of identifying anyone who may have come into contact with that employee on June 1. They will then be given tests and told to self-isolate, officials said. No other staff or youth currently on campus show any signs of COVID-19, the statement said.

On April 2, an IT employee tested positive for COVID-19, the statement said.

At least 44 people connected to Meadowbrook Memory Care Community in Arlington have tested positive in the past week for COVID-19, officials said Sunday. Another nine people are waiting on pending tests.

Thirty of those who’ve tested positive are residents, a city spokesperson said, while 14 are employees.

Three residents have died at the facility in recent days, according to officials, though COVID-19 was “not likely the causative factor” for two of those who died.

Read more about the outbreak here.