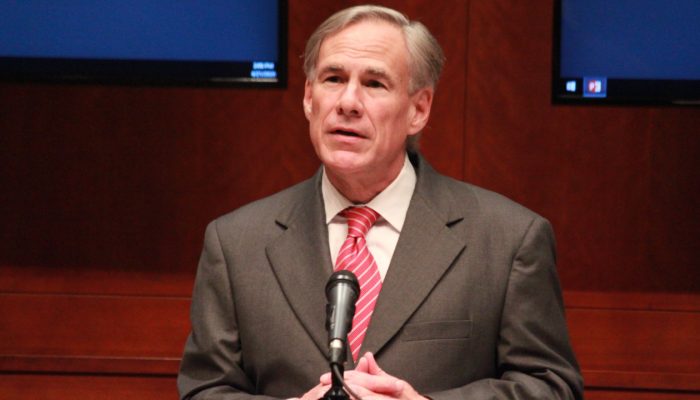 AUSTIN (Nexstar) — Gov. Greg Abbott, R-Texas, will provide an update on the state’s response to the coronavirus.

The press conference is scheduled for 2:30 p.m. CDT from the Texas Capitol.

It will be Abbott’s first briefing in more than a week. At his last news conference, he announced the details of his first phase of reopening Texas restaurants and retailers, which allowed qualifying businesses to open at 25% capacity.

Abbott put part of his plan into motion near the end of April, with a “retail to-go” model that allowed curbside service for stores that were previously considered non-essential.

He will be joined by Texas Health and Human Services Acting Executive Commissioner Phil Wilson and Texas Education Commissioner Mike Morath, as well as his usual companions, Dr. John Hellerstedt of the Texas Department of State Health Services and Chief Nim Kidd of the Texas Division of Emergency Management.

Abbott said Phase II of his plan to reopen the Texas economy could come as early as May 18 and may include hair salons, barbershops, bars and gyms, which were left off the initial round of reopenings. The timeline of the next phase would depend on the spread of COVID-19 during the first phase. Phase II would allow businesses to bump capacity up to 50%.

“Everybody desperately wanted those hair salons open,” Texas House Speaker Dennis Bonnen, R-Angleton, said. “That was an announcement that we wanted to make on Monday (4/27), but the medical professionals just flat would not sign off on that happening.”

Abbott allowed his “stay-at-home” order to expire April 30, with a caveat.

“Now, more than ever, Texans need to practice social distancing,” he said.

While some business owners say he should open the state up entirely right away, the Governor has faced some push-back from others who say communities are not prepared for a spike in COVID-19 cases that could come.

He also loosened some restrictions on non-emergency surgeries.

Abbott’s Tuesday press conference will be streamed live in this article and on our Facebook page.

About the Author: Jeff Caldwell