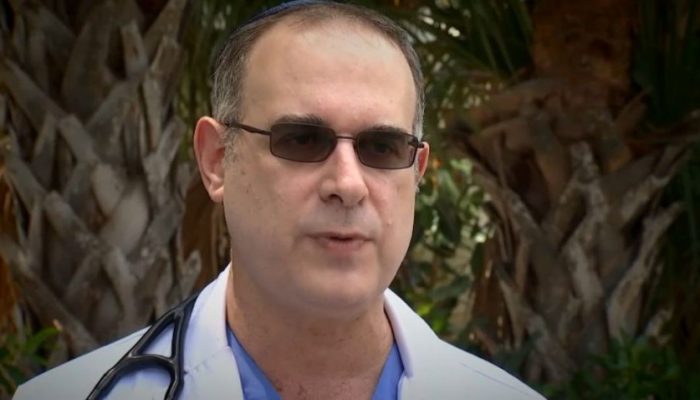 It is not a cure.

That’s the first thing Dr. Jean-Jacques Rajter wants everyone to know about the treatment he’s using on his COVID19 patients at Broward Health Medical Center.

“Ideally, the sooner you get to them, the better off they are,” said Dr. Rajter, a pulmonologist.

He and his wife, who is also a pulmonologist, are pioneering the use of an anti-parasitic drug called Ivermectin to fight the novel corona virus.

“If we get to these people early, and what I mean by that is if their oxygen requirements are less than 50%, I’ve had nearly a 100% response rate, they all improve, if they’re on more oxygen than that, then it becomes a little more varied, some people, they don’t respond anymore because they are too far advanced,” explained Dr. Rajter.

Since then he’s treated dozens of people with this combination, with results so encouraging, he calls them remarkable. Dr. Rajter is in the process of publishing a scientific paper, which could take weeks to publicize the findings.

“But if I wait, every day that goes by is another day when lots and lots of people get very sick, go to ICU, many of them die and that could theoretically even be preventable and that’s why I thought it was so critically important to get this information out there,” Dr. Rajter said.

He credits his wife, Dr. Juliana Cepelowicz-Rajter, with the idea of using Ivermectin for this purpose. She came across Australian research which showed Ivermectin destroys the virus in the lab, in vitro, but it has not been studied for this purpose in people.

“More studies need to be conducted,” Dr. Cepelowicz-Rajter said. “We haven’t had any ill effects from it and it’s readily available, we have some patients who are pretty advanced, not yet intubated, and even those, in 12 hours, they showed a significant improvement.”

John Reed is one of those patients. He’s recovering at Broward Health Medical Center after being treated with the cocktail including Ivermectin.

Dr. Rajter said Reed fit the criteria he set for trying the new regimen. Reed was in bad shape, rapidly going downhill, but not yet ready to intubate. As Rajter explains it, once they’re intubated, the medication does not have as much impact.

“I took those people who invariably were going to crash, meant they were going from room air to 50% oxygen in a matter of hours, I know where that’s headed,” Dr. Rajter said, pointing out that COVID19 patients often deteriorate extremely fast.

The FDA issued a warning today, saying while Ivermectin is approved for use in humans to fight parasites, more studies need to be done to prove its worth in fighting COVID19.

Dr. Rajter agrees and so does Dr. Cepelowicz-Rajter, saying that’s exactly what they are doing.

The FDA’s statement also warns everyone not to self-medicate with the veterinary version of Ivermectin, that’s dangerous. Leave it to your doctor to prescribe it, and as Dr. Rajter says, the best strategy is to avoid the virus in the first place.

“It’s not a miracle cure, we’re not talking about a miracle cure, to me the message remains the same as it’s been all along: social distancing, stay away from people, wear a mask, which I took off for the interview, wash your hands, when you bring something into the home make sure you sanitize everything, that is really the message,” said Dr. Rajter.