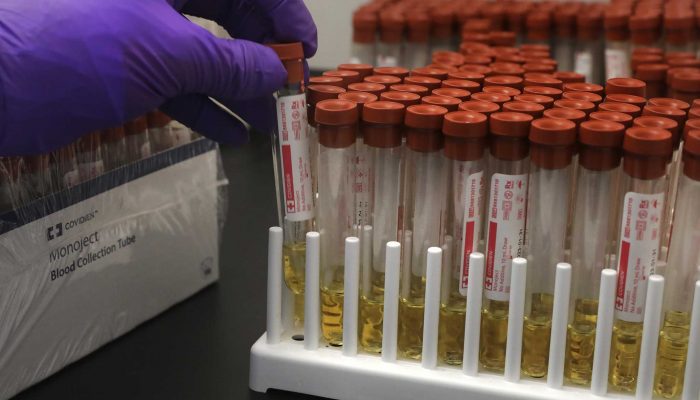 San Antonio businesses shuttered by COVID-19 should not reopen until new cases have declined for at least two weeks and all residents with symptoms of the disease can be tested along with their close contacts, a panel of local public health experts says.

Those criteria had not been met as of Tuesday — a day after Gov. Greg Abbott gave most businesses in Texas a green light to reopen partly on Friday. Nonetheless, Dr. Barbara Taylor, an infectious disease specialist who leads the local health team advising city and county officials, was optimistic about Bexar County’s progress.

“As far as our progress indicators, we are actually in a pretty good place,” Taylor said during a special meeting with the City Council and Bexar County Commissioners Court. “And I say that cautiously.”

The county had 38 percent of its hospital beds and 77 percent of its ventilators available Tuesday, officials said. Taylor added that the county has seen a decrease in the number of new cases although this drop is “not sustained.”

“As far as testing and contact tracing, we’re not yet where we want to be,” Taylor said, “but we’re getting a lot closer.”

The COVID-19 Health Transition Team listed four signs that local officials are “effectively addressing” the epidemic and that would allow businesses to begin reopening:

A sustained decline in the number of new cases of COVID-19 for two weeks.

The ability to perform tests for the virus in all people with symptoms of COVID-19, their close contacts, and those in “public-facing” roles such as grocery store workers.

Effective contact tracing capacity to identify all close contacts of people diagnosed with COVID-19 and offer them testing.

A prepared healthcare system that can safely care for all patients, including sufficient hospital capacity, workforce, and PPE for healthcare workers.

Mayor Ron Nirenberg and County Judge Nelson Wolff assembled the local COVID-19 Health Transition Team to guide a safe reopening here, even as Abbott’s “Strike Force to Open Texas” has pushed ahead with its accelerated timeline.

The governor’s order supersedes any conflicting orders by the city and county. While Nirenberg and Wolff ordered the closure of nonessential businesses last month to limit the spread of the virus, the governor’s order will allow the reopening of restaurants, movie theaters and malls at limited capacity.

But some local restaurateurs remain too wary of the highly contagious virus even to consider reopening.

“It’s ludicrous,” chef Andrew Weissman said of the low level of testing for the virus. “I have no desire to even attempt to reopen dining rooms. I’m not willing to risk my family or the employees or the guests that trust us.”

The pandemic forced the closure of La Cantera restaurant Signature, Inspired by Chef Andrew Weissman, and caused Weissman to resort to curbside takeout at his popular burger joint Mr. Juicy. But even if the governor were to allow a higher occupancy level at restaurants, Weissman would remain reluctant to reopen, he said.

“I agree with the mayor and Judge Wolff — I think that there’s got to be at the very least two weeks (of a drop in new cases),” Weissman said. “I’m looking for more of an elimination pathway. Everybody’s talking about two weeks, but I want to see complete elimination, man.”

A sustained drop in new cases continues to elude Bexar County, where new daily cases spiked from 14 to 51 at one point last week. On Tuesday, there were 1,307 confirmed cases in the county, up 32 from 21 new cases Monday.

Testing and contact tracing in the county are inadequate, experts say. Taylor’s team wants to see at least 3,000 tests a day — about twice the current capacity — and at least 175 investigators tracing the contacts of those who test positive here in order to break the chain of transmission of COVID-19.

About 87 investigators now are engaged in contact tracing at any given time here, finding and testing the recent contacts of anyone who tests positive for the disease.

“For safe reopening, we recognize that our community needs more education about COVID-19, improved access to testing for COVID-19, and an expansion of our existing public health capacity for contact tracing and follow up,” a report by the team said.

Anyone older than 2 should be wearing a mask in public, the report said. Despite warnings by public health officials that the virus is spread widely by people with no symptoms, Abbott has declined to require Texans to wear facial coverings.

Abbott told KENS-5 on Tuesday that it was “bizarre” for officials to threaten the barefaced with jail time while at the same time releasing nonviolent offenders from jails to limit the spread of the virus.

“That’s what Texas is all about — respecting individual liberty,” Abbott told the news station.

Nirenberg said Tuesday that the local order requiring masks still is “in place,” even though officials no longer can assess fines.

“We can also work with businesses to make it clear that we have a mask order and that they are permitted to refuse services to people who come to their establishments without masks,” he said.

“The governor set minimum standards,” the mayor said. “So part of our effort is to emphasize best practices as best we can, even if some of those are not mandates, but we create ways to encourage safe practices — hygiene, sanitation, physical distancing, etc.”

The recommendations of the local health transition team deviated from the governor’s order in another way: They “very specifically lean on what we believe is public health and medically informed risk assessment to guide recommendations by sector,” Taylor told city and county officials.

Taylor said the risk of transmitting the virus varies by type of business and can be determined by three characteristics: contact intensity, number of contacts and modification potential.

The risk of transmission at gyms and restaurants, for instance, was ranked equally across all three measures. While Abbott gave a green light for restaurants to reopen at 25 percent occupancy, his order did not allow the reopening of gyms.

The health team echoed Abbott’s order in advising the gradual reopening of retail shops and restaurants by occupancy levels. In any case, Taylor said the county was “still pretty far off” from advancing beyond this next phase of reopening.

She stressed this to city and county officials by paraphrasing the famed scientist Marie Curie.

“She was taught that the way of progress is neither swift nor easy,” Taylor said, “and I think her words particularly apply to our current COVID-19 epidemic.”

About the Author: By Brian Chasnoff, Staff writer