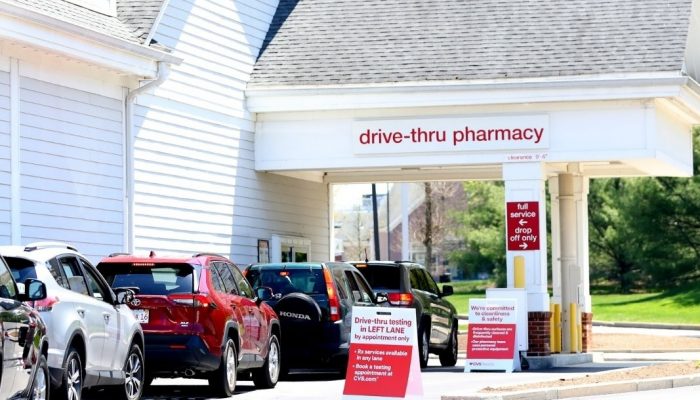 
LOCKPORT, IL — New drive-thru coronavirus testing sites open Friday at 17 CVS Pharmacy locations in the Chicago area, including in Lockport, the company announced. The new sites, including the Lockport CVS at 16760 W. 167th St., will use self-swab tests to collect samples outside retail locations.

The company plans to have up to 1,000 sites offering drive-thru testing for the coronavirus by the end of May, according to a release. If lab capacity and testing supplies keep up, CVS Health officials hope to be able to process 1.5 million tests a month.

“While the large-scale test sites we’ve been operating since early April have proven successful, this new approach allows us to utilize our presence in communities across the country and bring testing closer to home,” President and CEO Larry Merlo said, announcing the new locations. “Our frontline employees will continue to play a critical role in the testing process, with members of their communities directly benefiting from their dedication and selflessness.”

Illinois Coronavirus Update May 21 — Don’t miss updates in Lockport as they are announced — Sign up for Patch news alerts and newsletters.

Patients must register in advance to schedule an appointment, and tests will be provided based on criteria from the Centers for Disease Control and Prevention. Upon arrival, they must remain in their cars while pharmacy staff provide a kit and instructions before monitoring the self-swabbing process to make sure a sample was properly collected, according to CVS Health.

The tests will be sent to an independent lab for processing, with results available in about three days, according to the company.

CVS Health began piloting its drive-thru testing model in March at a pharmacy in the Boston area. Last month, the company announced a partnership with state governments in Connecticut, Georgia, Massachusetts, Michigan and Rhode Island. Sites are now open seven days a week and carrying out an average of 1,000 tests a day.

According to the company, more than half of its planned testing sites will serve communities with the greatest level of need, as measured by the CDC’s social vulnerability index.

16 other sites in Illinois will begin offering coronavirus testing on May 22: