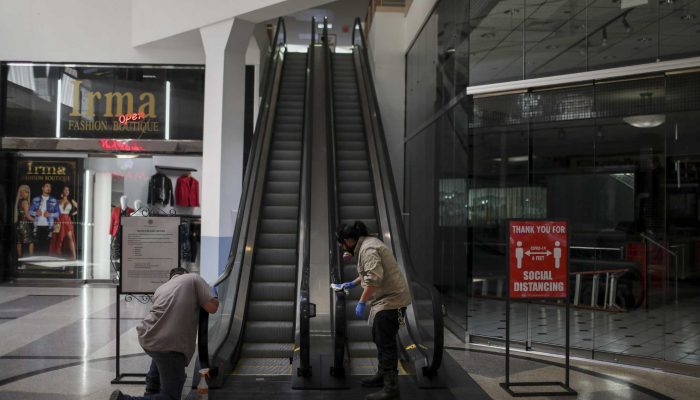 Houston is in for a year of staggering job losses from business shutdowns to slow the spread of the coronavirus, depressed productivity from worker deaths and illnesses, and the worst oil bust in history that will hit major employers and trickle through the rest of the economy.

The Houston region could lose 83,200 net jobs by the end of 2020 according to the most recent estimate by Bill Gilmer, economist and director of the Institute for Regional Forecasting at the University of Houston’s Bauer College of Business. Before the virus upended life here and across the country, Gilmer had forecast in January that the region would add a net 47,000 jobs this year.

Gilmer notes that his forecast is riddled with the same uncertainties that public health officials are struggling with: How bad will the virus get, how many waves will there be, what is the true infection rate, and when will there be a vaccine?

Using the Spanish flu of 1918 and Asian flu of 1957, unemployment insurance claims, and prior oil busts, Gilmer estimated that the combination of the national recession and oil bust cost will result in a loss of 58,200 jobs this year. Another 25,000 jobs will be lost from local business shutdowns and social distancing measures. Based on unemployment claim data, Houston’s unemployment rate will likely surpass 10 percent this month, he said.

An economic recovery for the U.S. could come next year, but oil prices will lag behind, perhaps not returning to near $60 per barrel until 2022. In the meantime, Gilmer, who described his oil price projections as more optimistic than most, said he expects oil prices to stay below $40 per barrel for the next two years.

That means that Houston will have a “longer and harder” downturn than many initially thought, Gilmer said, as the region is hit by both a national recession induced by the coronavirus and depressed oil prices.

In the first year of recovery, low oil prices will keep Houston’s job growth muted, with the region adding about 40,500 jobs in 2021, well below pre-coronavirus forecasts, according to Gilmer.But if the virus is contained and oil prices return to near $60 per barrel by 2022, Houston could join the national recovery with gusto, potentially adding more than 100,000 jobs in 2022.

“There’s a trade off,” Gilmer said, of the benefits of oil to the local economy. “Oil brings us volatility, but it also brings us much faster growth. Maybe we need to learn how to fasten our seat belts here in Houston.”

About the Author: Erin Douglas