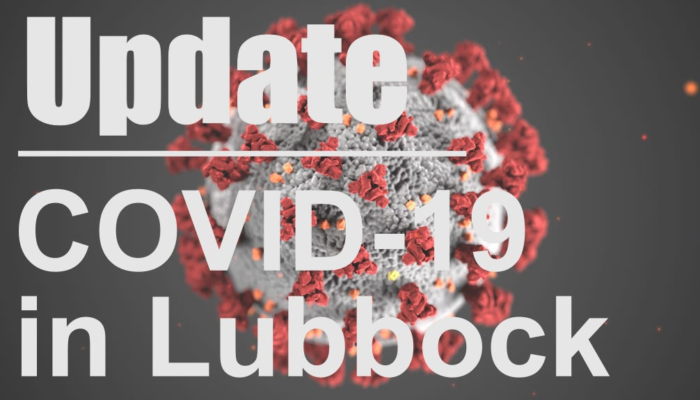 
Lubbock remains one of the worst COVID-19 hotpots in the country, and there’s another layer to the harsh reality: it can get worse.

Already full Lubbock hospitals report they are seeing virtually no flu patients right now, but that could change. More gatherings will take place during the Christmas season, and churches and businesses will see a spike in visitors.

Lubbock already has a shortage of hospital beds. Throughout the week, the city’s COVID-19 dashboard showed negative beds available. On Saturday, the city reported 18 people were waiting for a bed in Lubbock’s hospitals, with three open – a slight improvement from earlier in the week.

Wells’ plea is for citizens to treat COVID now like they did at the beginning of the pandemic. She said a vaccine is the light at the end of the tunnel, but it’s still months away for most citizens.

“Now is the time it counts,” Wells said on Thursday. “Now is really the time. We need to return to how we were when we had the full lockdown. Even though we’re not going to have a lockdown, we need to act that way.”

Right now, with COVID so widespread in the community, is when Lubbockites need to act, Wells said. Everyone should know to wear face covering, social distance, wash hands and avoid large gatherings. Wells said this needs to happen in the final stretch of the pandemic before things get worse.

“We’ve not done anything in the last three months to slow the spread,” Wells said on Friday. “We’re doing nothing to stop the bleeding. People are getting sick… We’re not solving the immediate problem, which is the hospitals. Hospitals are full. What happens if we start getting the flu?”

On Saturday, 276 total COVID-19 patients remained hospitalized in Lubbock. And 87 of those patients are in ICU.

“We will run out of hospital capacity if we continue at this rate,” Wells said Friday. “At some point you can’t move people in if you can’t move them out fast enough.”

Wells said the overrun hospitals are already having a ripple effect. She said she’s familiar with a person in Levelland who was sent to Amarillo for COVID treatment, and a person in Wilson who broke their hip, and had to be sent to a hospital in Dallas.

Unfortunately, hospitalizations are increasing statewide. Hospital regions surrounding Dallas and Fort Worth reported COVID patients above 15% of all hospitalizations this week, a benchmark Lubbock has been at for more than a month. Graphs from the Texas Department of State Health Services show hospitalizations increasing across the state.

Dr. Ron Cook, Lubbock’s health authority, said Lubbock has been benefiting from state resources, including healthcare workers. As hospitalizations increase around the state, he said state resources will spread thinner.

Cook said there’s spread all across the city, in all age groups.

On Friday afternoon, Lubbock County had the 11th most deaths in the state.

The 34,445 total cases is the eight most in the state, according to the Texas Department of State Health Services. Since the start of November, 15,027 cases have been confirmed in Lubbock County.

That means nearly 44% of Lubbock’s confirmed cases to date have been since the start of November.

Cook expects cases to increase slowly this upcoming week because of Thanksgiving, followed by more increases to the number of hospitalized patients.

“I hope that our surge isn’t so high that we can’t handle it,” Cook said on Thursday. “But we’re pretty close. And right now it’s a wait-and-see… Hopefully the surge will crest here in a couple weeks. Hopefully in January we’ll start to see our numbers tick down a bit.”

This week’s news conference regarding COVID-19 in Lubbock County was more optimistic than usual. But it wasn’t optimistic due to the actions from citizens. CEO’s of Covenant Health and University Medical Center were still pleading with citizens to wear face coverings in public.

The optimism was because a vaccine seems promising. Hospitals are preparing to receive the vaccine this month.

Healthcare workers will be the first to receive any available vaccine (the vaccines under emergency review by the U.S. Food and Drug Administration require two doses), followed by seniors in long-term care facilities and other high-risk individuals.

Cook’s hope is that the at-risk population, the people that are more likely to go to the hospital, will be vaccinated by the end of January. Cook thinks this is when we’ll start to see our hospitalizations go down.

“This too will pass,” Cook said. “We just have to hang on a little while longer — which means a few more months.”

Students at Texas Tech University weren’t forced to come back to Lubbock for classes after Thanksgiving break. Tech is now remote for the remainder of the semester. Finals are taking place now.

Wells said this will help in terms of the population density, but in terms of spread, Lubbock’s public health director says the spread is already active and it’s now in every age group.

Gov. Greg Abbott announced Wednesday that the Centers for Disease Control and Prevention has made an initial allotment of more than 1.4 million doses of the COVID-19 vaccines to the State of Texas for the month of December.

Abbott said he expects the vaccines to begin arriving in Texas by the week of Dec. 14. The first does will be primarily for healthcare workers. Optimistically, Wells hopes maybe vaccines will be available for people not working in healthcare and not high-risk in March.

Before then, Lubbock’s health leaders fear hospitalizations and the spread of COVID-19 will get worse.

About the Author: Matt Dotray