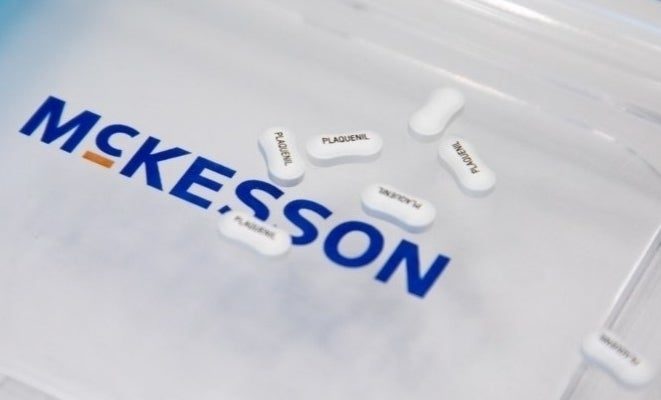 SSAN DIEGO, CA — Hospitals in San Diego are taking a scattered approach to patient access for an anti-malaria drug President Donald Trump has touted as a potential treatment for COVID-19, despite warnings from county health officials and some national experts against using it.

High demand for hydroxychloroquine has led to supply shortages and mixed availability at San Diego hospitals. Two healthcare systems told inewsource they’re saving the drug – brand name Plaquenil – to treat COVID-19 patients. UC San Diego Health said it opposes that approach and instead is saving the medication for people with other conditions.

While President Donald Trump has championed hydroxychloroquine as a promising treatment for COVID-19, testing is inconclusive. New demand for the drug during the pandemic has caused confusion and shortages for those who rely on it for other conditions.

The consequences for patients who already take the drug could be significant if they can’t easily get their prescriptions refilled.

“For someone like me with rheumatoid arthritis, it’s the difference between life with manageable pain and life with excruciating pain,” said Laurie Madigan, a 69-year-old San Diegan who is isolating with her husband at their second home in Julian.

Madigan rushed to get a refill the day she read that Trump mentioned the drug, fearing a shortage. It was too late, her pharmacist told her. There was no supply.

Trump began praising hydroxychloroquine during a March 19 news briefing and has repeatedly recommended the drug since then during briefings and spoken highly of it on Twitter.

But the treatment is not backed by reliable scientific evidence. Dr. Anthony Fauci, director of the National Institute of Allergy and Infectious Diseases, and others have cautioned against using the drug for COVID-19. Fauci has said the science is not definitive and there is no evidence hydroxychloroquine has any effect on the virus.

Laurie Madigan, who uses hydroxychloroquine to treat her rheumatoid arthritis, is shown in this undated photo. (Courtesy of Laurie Madigan)

Locally, Dr. Eric McDonald, the county’s medical director of epidemiology and immunization services, emphasized at a news conference last week no evidence shows “any specific drug” is effective to treat COVID-19 patients — a fact the Centers for Disease Control and Prevention backs up.

McDonald said the county does not recommend treating COVID-19 patients with hydroxychloroquine and cautioned against describing “any of these drugs as being specifically useful at this time.”

But at the Trump administration’s urging, the U.S. Food and Drug Administration granted emergency approval on March 28 to use hydroxychloroquine and chloroquine from the nation’s stockpile to treat coronavirus patients. The county later recognized this in a news release.

McDonald also acknowledged in response to a reporter’s question that hydroxychloroquine may have been used locally to treat someone with a serious illness before the person died, but he had no specifics on that case.

Nationally, the sudden use of hydroxychloroquine to treat the coronavirus has divided some in the medical community. For years, it’s been commonly used for malaria, lupus, rheumatoid arthritis and a range of other autoimmune disorders. It’s one of several therapies being studied to treat COVID-19.

Trump has said it’s being distributed widely to states that ask, and 29 million doses have been added to the Strategic National Stockpile.

“I hope it works,” he said, during a news conference last week, adding, “I’m not a doctor, but I’m a person with common sense.”

Doctors in Los Angeles, New York, Louisiana and other places have been using the drug with mixed results.

Side effects of hydroxychloroquine can be serious, said San Diego pharmacist Sally Rafie, an adjunct professor at the UC San Diego School of Pharmacy. For example, she said, the medication can cause heart rhythm issues, making patients feel light-headed or ill.

“So now we have people coming into the hospitals because of side effects, and that’s of course counterproductive,” Rafie said. “Really, the focus with COVID is around prevention. If people can eliminate their exposures or minimize it as much as possible, that’s really going to be their best way to stay safe and stay healthy.”

Rafie, a former president of the San Diego County Pharmacists Association, said local pharmacies have been running into shortages due to high patient demand for the medication during the coronavirus pandemic. She also said she knows of doctors and dentists who stockpiled the drug for themselves and patients not yet sick, adding to the shortage. This has been a problem across the country in recent weeks, with doctors hoarding the drug.

After Madigan’s pharmacist initially said he couldn’t fill her prescription for her rheumatoid arthritis, she got word that he’d found a source for the drug. She got the prescription filled at her SavOn pharmacy in the downtown San Diego Albertsons. Madigan was so overwhelmed that her pharmacist had located the drug that she brought him flowers when she went to pick up the medication.

She currently has enough supply of hydroxychloroquine to get her through June.

After that, Madigan doesn’t know what will happen.

“I’m trying not to let my mind go there,” she said. “These autoimmune diseases are complicated, and when you’re diagnosed with one it takes several months to work out which medication works for you.”

Before she started taking hydroxychloroquine over a decade ago, Madigan said she was in so much pain her husband had to help her get dressed. Driving was also out. Her joints were so swollen she couldn’t turn her neck.

“If worse comes to worse, I will have to try some other options,” she said.

A range of approaches from local medical systems

inewsource asked seven of the region’s healthcare systems about their use of hydroxychloroquine. Three reported treating COVID-19 patients with it, and two said they have not. The others didn’t respond.

Inventory shelves are stocked with a variety of medications at Pure Care Pharmacy in Carmel Valley, April 9, 2020. (Zoë Meyers/inewsource)

UCSD Health has not used the drug for hospitalized patients “to the best of our knowledge,” spokeswoman Jacqueline Carr said in an email. The medication is not being kept on hand for COVID-19 patients, she added.

In a separate statement, UCSD Health said its pharmacies have sequestered their supply of hydroxychloroquine and are dispensing it to existing patients with conditions such as lupus or rheumatoid arthritis.

Without further testing, the health system rejected using the drug to treat COVID-19 patients but is working to assess its potential. “UC San Diego Health does not support the use of medications in ways for which there is not yet scientific evidence to support safety and efficacy,” its statement said.

UCSD Health also said that because it moved quickly to protect its supplies of the medication, patients who rely on the drug will be able to get refills.

The VA Medical Center in La Jolla also has not used hydroxychloroquine to treat COVID-19 patients, spokeswoman Cindy Butler said in an email, though the VA has used the drug for years to treat other conditions.

Scripps said in a statement it has developed treatment guidelines and is reserving hydroxychloroquine for its sickest patients suspected or confirmed to have COVID-19.

“The reasoning is, if this drug helps those patients hospitalized for the treatment of COVID in any way, it can be another tool for our provider in their efforts to control this disease,” according to the statement.

Some Scripps patients who need hydroxychloroquine for other conditions may run into problems. New outpatients won’t have access to the drug, the statement said, while current patients can continue to use it for now.

Kaiser is also placing restrictions on the medication. It’s mostly limiting its pharmacy supply to 14-day refills instead of 90-day refills for lupus patients, spokeswoman Jennifer Dailard said in an email.

Some Kaiser patients who use hydroxychloroquine or chloroquine for other conditions received a letter this month saying their doctors would reach out to switch them to other medications.

Similar to Scripps, Kaiser is keeping a supply of hydroxychloroquine available for severely sick patients hospitalized with COVID-19 infections. Use of the medication follows CDC guidelines.

Sharp is using hydroxychloroquine “for hospitalized patients only, and only after consultation with infectious disease specialists,” according to a statement. It’s limiting the medication to COVID-19 patients on a “case-by-case basis,” while preserving the drug for patients with lupus and rheumatoid arthritis.

Non-coronavirus patients who have prescriptions for other conditions also still have access to the drug, Sharp spokesman John Cihomsky said. He added that no refill restrictions have been put in place.

Do you have information that could further inewsource’s mission of holding officials and institutions accountable in the COVID-19 pandemic? Help make sure our journalism is responsible and focused on the right issues. Reach out at contact@inewsource.org.

inewsource is an independent, investigative journalism nonprofit in San Diego that is supported by foundations, philanthropists and individual donors. For more stories from inewsource, visit inewsource.org.