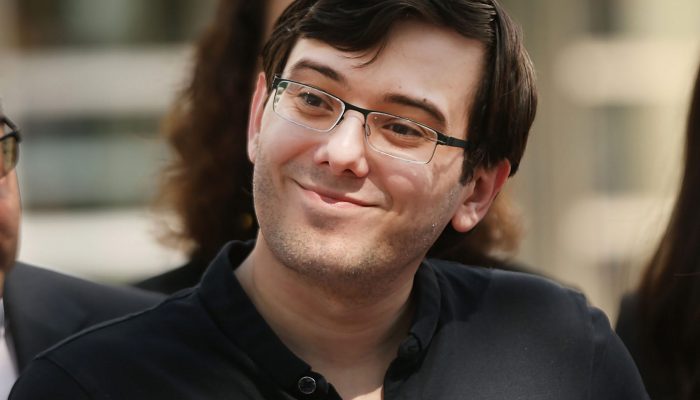 Notorious “pharma bro” Martin Shkreli in a court filing Wednesday asked to be released from prison for the remainder of his seven-year criminal sentence so that he can both work on developing a coronavirus treatment and avoid contracting a potentially fatal case of Covid-19 himself.

Shkreli, who has about 41 months remaining on that sentence for securities fraud, is requesting that a judge direct his release into home confinement with a person described as his fiance “at her apartment” in Manhattan, according to the new filing in Brooklyn federal court.

Shkreli had said in a scientific paper online posted two weeks ago that he wanted just a three-month-long furlough from prison to do his coronavirus work.

But Shkreli’s lawyers in their filing  Wednesday urged a judge to give the fallen pharmaceuticals executive  “compassionate release” for the rest of his sentence on an emergency basis.

The filing notes that the warden of Shkeli’s prison, the Allenwood, Penn., low-security federal facility, last week denied his petition to that warden for compassionate release under critieria established by the U.S. Bureau of Prisons.

The warden had cited the fact that Shkreli was considered at “low” risk of committing crimes when released, as determined by a so-called PATTERN assessment tool, when the criteria requires a “minimum” risk of reoffending.

But attorneys for Shkreli, who has exhausted appeals of his conviction, warned in their filing that he has a “susceptibility to infection [from the coronavirus] due to allergies and asthma.”

“It is likely that he will soon be exposed to the virus and potentially become critically ill or die,” their filing said.

Lawyers said that if the 37-year-old was freed he could be directed “to serve the remainder of his prison sentence in home confinement with electronic monitoring and with permission to work on his research from home, or, with permission of probation, to report to a specific local workplace to perform research on a coronavirus disease (COVID-19) treatment.”

The New York City resident “has been conducting significant research into developing molecules to inhibit the coronavirus RdRP protein and he would continue to do so if released,” the court filing said.

Shkreli, “since learning of this fatal disease” has spent “countless hours” researching possible treatments, according to the filing.

“One company is prepared to begin working on clinical trials of Mr. Shkreli’s work within weeks,” lawyers wrote.

As of Tuesday, there were 540 federal inmates and 323 U.S. Bureau of Prisons staff who had confirmed positive test results for COVID-19 nationwide. There have been 23 federal inmate deaths associated with coronavirus, according to BOP’s website.

However, there have been no recorded infections of inmates or staff at the Allenwood, Pa., low-security facility where Shkreli is being housed.

A spokesman for the Office of the U.S. Attorney for the Eastern District of New York, which prosecuted Shkreli, declined to comment on the release request.

Shkreli was convicted at trial in Brooklyn federal court in 2017 of securities fraud and conspiracy.

At that trial, prosecutors introduced evidence that he had repeatedly lied to investors about the financial performance of two hedge funds that he ran, and then used money invested in those funds, without the knowledge of his investors, to help start his first pharmaceuticals company, Retrophin.

Shkreli had remained free after his conviction on $5 million bond, but that bail was revoked a month later after Judge Kiyo Matsumoto said he represented a danger to the community as a result of his offer of a cash bounty to Facebook followers who provided him with strands of hair from Hillary Clinton.

Shkreli first gained widespread notoriety in 2015 when his second drug firm, then known as Turing Pharmaceuticals, hiked the price of an anti-parasite medication by more than 5,000 percent overnight.

The drug, Daraprim, is often used to treat pregnant women, infants and people with HIV.

Shkreli was, and continues to be, unapologetic about raising Daraprim’s price from $13.50 per pill to $750 per pill, a move that made him a focal point for advocates criticizing rising drug prices in the United States.

When he raised Daraprim’s price, Shkreli already was being investigated by the FBI for his hedge fund frauds and related activities at Retrophin. His conviction was not related to his work at Turing Pharmaceuticals.