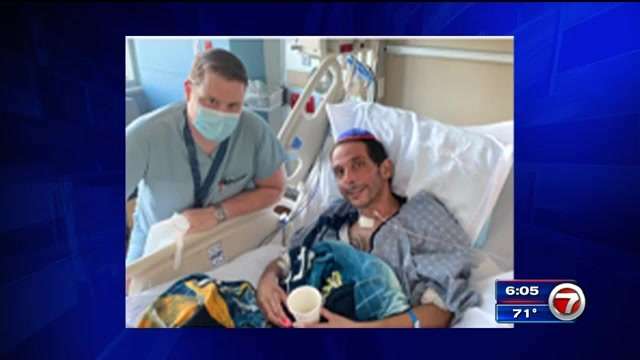 
MIAMI BEACH, FLA. (WSVN) – A South Florida doctor who was in critical condition after he contracted COVID-19 is making a remarkable recovery, and he said it’s thanks in large part to a new drug that has shown great promise in clinical trials.

Speaking with 7News on Thursday, Dr. Jacobo Elgozy said he is grateful to be alive.

“All of them were really, really surprised by my recovery. It was a miracle,” he said.

For the first seven months of the pandemic, the 47-year-old was the one taking care of patients at Mount Sinai Medical Center in Miami Beach.

Then he became infected with the virus.

“My lungs were white-out, completely gone, non-functional,” he said.

Elgozy said it was one of the worst cases his doctor has ever seen.

“The journey that I had was really rough, and many times I had my ups and down,” said Elgozy, “because you see yourself not being able to breathe, and having difficulty breathing and getting fatigue.”

That’s when his doctor thought of RLF-100 (aviptadil), a game-changing drug. A doctor who is leading the trial at Johns Hopkins University is seeing promising results.

“With the drug, we saw a 70% or greater survival,” said NeuroRX CEO Dr. Jonathan Javitt, “but in these patients who have no alternative, who have very little to look forward to, we believe the experience that was seen in Houston and seen now around the country.”

Now, with Elgozy’s recovery, that experience is also being seen in South Florida.

“In a matter of two weeks plus, I recovered like this,” he said as he snapped his fingers. “My lungs started responding like there was no tomorrow. Everybody thinks it was related to the RLF-100 that was given to me, that protected my lungs from any injury or scarring.”

For his wife and family, the recovery was an answered prayer.

“It was the best feeling ever to know your loved one was finally back,” said a family member.

“When I was able to see them and hug them and know that I was coming home to them, it was heaven,” said Elgozy. “It was very overwhelming. I couldn’t stop crying.”

Besides the treatment, Elgozy gave credit to a team of nurses and doctors.

“At least in my book, all of them are angels and heroes.  I mean, they would do anything to try to save anybody,” he said.

Elgozy believes more lives could be saved if everyone would follow the advice of the Centers for Disease Control and Prevention.

“Now is not the time to put your guard down. Just, for people, keep your mask on. It’s just a few more months,” he said. “The vaccinations are coming out. Things are going to get better. There is no reason why people should die because [they’re] not wearing a mask.”

Elgozy said he is planning to go back to work In January.

Doctors are hoping the Food and Drug Administration will give them emergency use authorization to make the drug more widely available to patients who have no other option to get off a ventilator.

Copyright 2020 Sunbeam Television Corp. All rights reserved. This material may not be published, broadcast, rewritten or redistributed.

About the Author: Rubén Rosario

Long-Term COVID Sufferers Are Killing Themselves. Here’s Why. 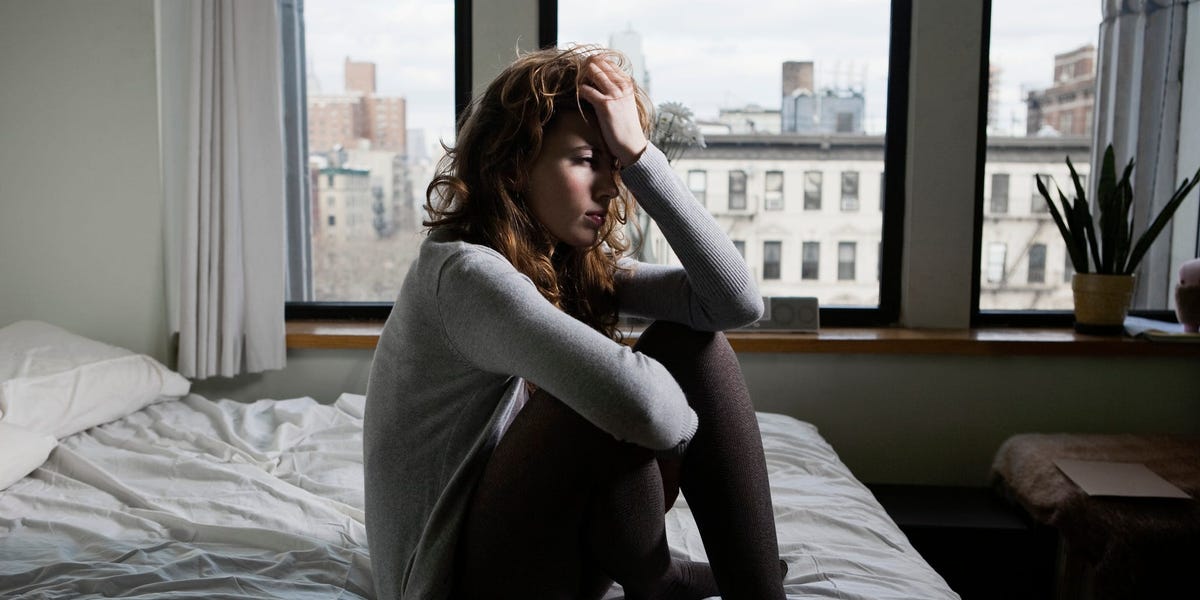