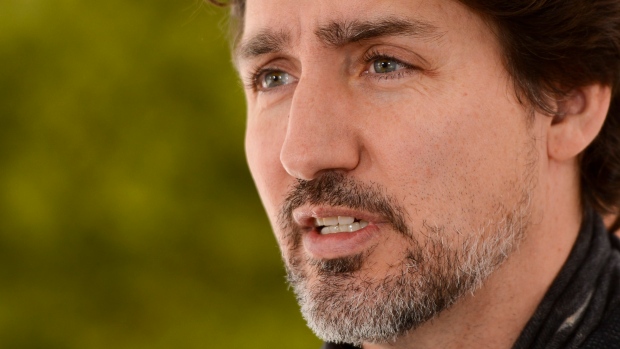 TORONTO —
The Canadian military needs to help in understaffed nursing homes ravaged by COVID-19, the country’s two largest provinces said Wednesday, as signs of a slowing pandemic prompted talk of easing the economically crippling measures put in place to curb the spread.

Both Quebec and Ontario called on the federal government to send in the troops, with Premier Francois Legault asking for 1,000 military personnel. Premier Doug Ford similarly asked for military help in five priority homes in his province.

Coronavirus disease in nursing homes has accounted for a significant proportion of Canada’s 1,974 deaths, with facilities in the two largest provinces hit especially hard.

“We’re in the thick of a raging battle against COVID-19 in our long-term care homes,” Ford said.

Despite the lethal spread of the novel coronavirus in long-term care facilities, some bright spots did emerge.

Ontario, for example, reported 510 new cases or 4.3 per cent more over the previous day — the slowest growth in weeks. Also encouraging was that, for the first time, more than half of infections have been resolved and 20 long-term care homes with outbreaks were now virus-free.

Several other provinces reported no new cases amid talk of how and when to get the country moving again.

Ford has mused Ontario could start easing restrictions ahead of next month’s long weekend. Legault, whose province reported 93 more deaths, said he would present a plan next week to reopen schools gradually, starting in stable areas.

Premier Dennis King of Prince Edward Island, which has had just 26 cases and no deaths, said lifting anti-COVID measures could start as early as May 1.

In Saskatchewan, Premier Scott Moe said some businesses could reopen next month under a five-phase plan his government has developed.

“We know there are risks on both sides,” he said in a televised address.

Moe said more details on what businesses and services will be allowed to reopen will be announced Thursday.

Manitoba said it would release its reopening plan next week.

How exactly Canada starts on the road to normalization depends largely on provincial decisions, Prime Minister Justin Trudeau said on Wednesday. However, the closure of the Canada-U.S. border will stay in place until May 21 at the earliest, he said.

For her part, chief public health officer Dr. Theresa Tam agreed Canada was slowing the epidemic but warned against letting down the country’s collective guard. The focus, Tam said, had to be on stopping outbreaks in seniors homes and other places where vulnerable people live in close quarters.

Regardless, the financial fallout of the anti-COVID measures — social isolation and the shutdown of non-essential commercial activities — has been profound. Trudeau, who had already announced more than $100 billion in various forms of assistance, offered more financial supports on Wednesday.

A total of $9 billion would go to students without access to previously announced emergency assistance. Students will receive $1,250 a month from May to August under the program.

“As young people, what you’re going through matters,” Trudeau said. “We want to make sure that you will be OK.”

In addition, the government said it would create 76,000 new summer jobs for young people in sectors that “need an extra hand,” such as agriculture.

The economic impact of the epidemic was seen on the inflation front, where Statistics Canada reported the consumer price index for March was up a scant 0.9 per cent compared with a year ago. That was the smallest increase since May 2015 and compares with the 2.2 per cent recorded in February.

On Friday, Canadians will hear the government’s fiscal update for February — including a deficit number bound to look microscopic compared to the tsunami of red ink unleashed by a pandemic that idled much of the economy in mid-March.

The prime minister also pledged unspecified aid for older Canadians whose finances have taken a hit. “There is help coming for seniors,” he said.

Globally, the grim pandemic toll continued to mount, with New York City alone reporting almost 15,000 deaths — more than all but four countries worldwide: Italy, Spain, France and the U.K. COVID-19 has now killed more than 45,000 people in the U.S.

On a more optimistic note, New Zealand, with about 1,500 cases and 14 deaths, said it was moving to a Level 3 alert next week from the highest Level 4 now in place, meaning reopening some businesses and schools and easing travel restrictions.

With files from Canadian Press reporters across the country.

This report by The Canadian Press was first published April 22, 2020.

About the Author: Colin Perkel