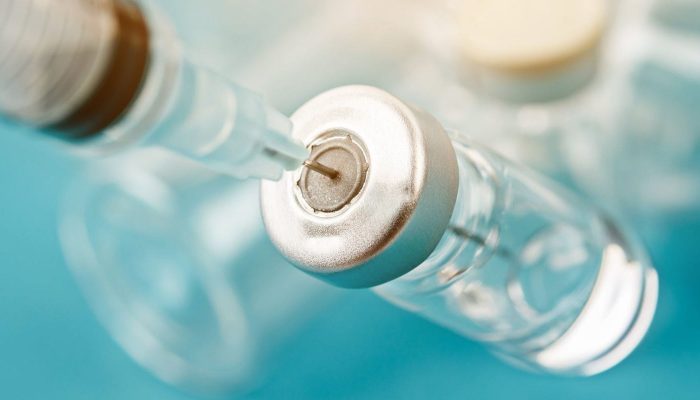 The Director of the National Institute of Allergy and Infectious Diseases, Dr. Anthony Fauci says the government is working on several potential vaccines for COVID-19. (May 12)

There is positive news from two COVID-19 vaccine candidates considered frontrunners, from Moderna in the US and Oxford in the United Kingdom. But experts cautioned that both represent only early, though useful, steps on a long road rather than definitive proof these vaccines will work.

On Monday, Moderna announced its candidate vaccine appeared to be safe when given to eight humans and that it stimulated an immune response to SARS-CoV-2, the virus that causes COVID-19.

“There were just eight people in it, so it’s a bit of a leap of faith from that to imagining it will protect 7 billion people. But at least it went well, so you have to be encouraged by that,” said Dr. George Rutherford, head of infectious disease and global epidemiology at the University of California-San Francisco.

Moderna gave the first doses of its vacine candidate, called mRNA-1273, on March 16.

All participants in the Phase 1 clinical trial tests made antibodies to the virus. These are what are known as neutralizing antibodies and when tested on human cells in the laboratory they stopped the virus from reproducing.

“This is a step along the way. It’s a ‘so far, so good’ point,” said Dr. William Schaffner, a professor in the division of preventive medicine and infectious disease at Vanderbilt University in Nashville, Tennessee.

COVID-19 VACCINE: If and when we get a coronavirus vaccine, who gets it first?

After participants had gotten two doses of the candidate vaccine, their antibody levels were about the same as in people who have recovered from a COVID-19 infection.

“We frequently try to match what the vaccine produces to what the natural disease produces. You would like the vaccine to meet or exceed those levels of antibodies produced by the disease,” said Schaffner.

It’s presumed that any vaccine created for COVID-19 will require two doses spaced a month or two apart for full protection against the virus.

Moderna said in a news conference Monday that it would begin a second phase of testing soon. That study will include 600 healthy adults, 300 between the ages of 18 and 55 and another 300 who are over 55. The company expects to begin Phase 3 clinical trials in July that would involve thousands of people.

Moderna is also testing dosage levels for its vaccine, to help it formulate how large a  dose would be needed.

More preliminary but positive news came out last week about a vaccine candidate from the Jenner Institute at the University of Oxford in England. Considered a global frontrunner, the first tests of the vaccine began in humans on April 23.

However the data released last week about the Oxford candidate was only in monkeys and is very preliminary. It showed the candidate vaccine induced a protective immune response in six rhesus macaque monkeys.

The vaccine, called ChAdOx1, also appears to have prevented pneumonia and lung inflammatory disease when the animals were exposed to SARS-CoV-2.

The tests on the macaques were conducted at the U.S. National Institute of Allergy and Infectious Diseases’ Rocky Mountain Laboratories in Hamilton, Montana.

Pneumonia is the primary reason COVID-19 patients end up in the hospital. Their lungs become infected with the virus and the body’s immune response can cause a condition known as COVID-19 pneumonia. That in turn can lead to lead to Acute Respiratory Distress Syndrome, a severe and deadly condition that deprives the vital organs of oxygen.

That the candidate vaccine protected against pneumonia is good news, said Schaffner.

“If we had a vaccine that protected 100% from pneumonia we’d be excited because it would prevent hospital admissions, people going to the ICU and deaths,” he said.

The Oxford preprint didn’t say whether the vaccine kept the monkeys from becoming infected with SARS-CoV-2, though the researchers were unable to find the virus in the monkey’s lungs.

The findings were in a preprint paper posted Thursday on the preprint server bioRxiv. Preprints are studies that have not undergone the normal peer-review process required for publication in medical or scientific journals. However, during the coronavirus emergency, many researchers are releasing their results as soon as they are available.

About the Author: Elizabeth Weise