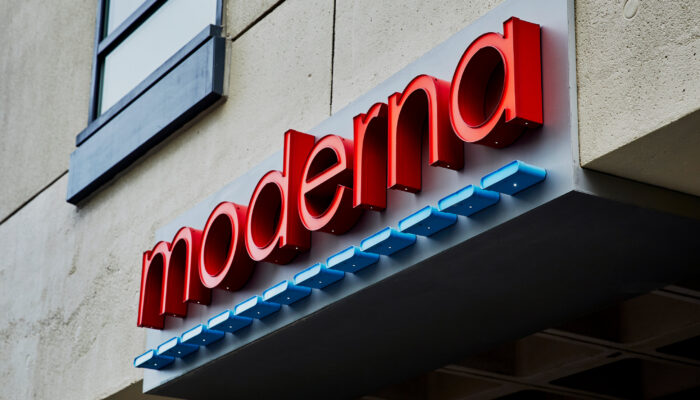 
The drugmaker Moderna said on Wednesday that it would soon begin testing its coronavirus vaccine in children ages 12 through 17. The study, listed Wednesday on the website clinicaltrials.gov, is to include 3,000 children, with half receiving two shots of vaccine four weeks apart, and half getting placebo shots of salt water.

But the posting says the study is “not yet recruiting,” and Colleen Hussey, a spokeswoman for Moderna, said it was not certain when the testing sites would be listed or start accepting volunteers. A link on the website to test centers is not yet working, and Ms. Hussey said she was not sure when it would become active.

Moderna announced on Monday that data from its study in 30,000 adults had found its vaccine to be 94.1 percent effective, and that it had applied to the Food and Drug Administration for emergency authorization to begin vaccinating adults. If approval is granted, certain groups of high-risk adults, including people in nursing homes, could receive shots late in December.

But no vaccine can be widely given to children until it has been tested in them. Vaccines meant for both adults and children are generally tested first in adults to help make sure they are safe for pediatric trials.

Moderna’s vaccine has not yet been studied in children or pregnant women. In the new clinical trial in adolescents, girls past puberty will be tested before each injection to make sure they are not pregnant.

“Everyone anticipates that when we test this first in adolescents, then older children, then the real small kids, that the Covid vaccine will work,” said Dr. William Schaffner, an infectious disease specialist at Vanderbilt University and an adviser on vaccines to the Centers for Disease Control and Prevention.

But children have more active immune systems than adults, and may have stronger reactions, including more fever, muscle and joint aches, and fatigue, Dr. Schaffner said.

If a child had intense side effects and parents were not prepared for it, they might be reluctant to go back for the second shot, Dr. Schaffner said.

Dr. Paul A. Offit, a vaccine expert at Children’s Hospital of Philadelphia, said that vaccines “for the most part” work equally well in children and adults. Occasionally, as with the hepatitis B vaccine, different doses are required, he said. Moderna will study the same dose in children that it has tested in adults.

The Road to a Coronavirus VaccineWords to Know About Vaccines

Confused by the all technical terms used to describe how vaccines work and are investigated? Let us help:

Adverse event: A health problem that crops up in volunteers in a clinical trial of a vaccine or a drug. An adverse event isn’t always caused by the treatment tested in the trial.Antibody: A protein produced by the immune system that can attach to a pathogen such as the coronavirus and stop it from infecting cells.Approval, licensure and emergency use authorization: Drugs, vaccines and medical devices cannot be sold in the United States without gaining approval from the Food and Drug Administration, also known as licensure. After a company submits the results of  clinical trials to the F.D.A. for consideration, the agency decides whether the product is safe and effective, a process that generally takes many months. If the country is facing an emergency — like a pandemic — a company may apply instead for an emergency use authorization, which can be granted considerably faster.Background rate: How often a health problem, known as an adverse event, arises in the general population. To determine if a vaccine or a drug is safe, researchers compare the rate of adverse events in a trial to the background rate.Efficacy: A measurement of how effective a treatment was in a clinical trial. To test a coronavirus vaccine, for instance, researchers compare how many people in the vaccinated and placebo groups get Covid-19. The real-world effectiveness of a vaccine may turn out to be different from its efficacy in a trial.Phase 1, 2, and 3 trials: Clinical trials typically take place in three stages. Phase 1 trials usually involve a few dozen people and are designed to observe whether a vaccine or drug is safe. Phase 2 trials, involving hundreds of people, allow researchers to try out different doses and gather more measurements about the vaccine’s effects on the immune system. Phase 3 trials, involving thousands or tens of thousands of volunteers, determine the safety and efficacy of the vaccine or drug by waiting to see how many people are protected from the disease it’s designed to fight.Placebo: A substance that has no therapeutic effect, often used in a clinical trial. To see if a vaccine can prevent Covid-19, for example, researchers may inject the vaccine into half of their volunteers, while the other half get a placebo of salt water. They can then compare how many people in each group get infected.Post-market surveillance: The monitoring that takes place after a vaccine or drug has been approved and is regularly prescribed by doctors. This surveillance typically confirms that the treatment is safe. On rare occasions, it detects side effects in certain groups of people that were missed during clinical trials.Preclinical research: Studies that take place before the start of a clinical trial, typically involving experiments where a treatment is tested on cells or in animals.Viral vector vaccines: A type of vaccine that uses a harmless virus to chauffeur immune-system-stimulating ingredients into the human body. Viral vectors are used in several experimental Covid-19 vaccines, including those developed by AstraZeneca and Johnson & Johnson. Both of these companies are using a common cold virus called an adenovirus as their vector. The adenovirus carries coronavirus genes.Trial protocol: A series of procedures to be carried out during a clinical trial.

Pfizer began testing its coronavirus vaccine in children as young as 12 in October. A large clinical trial found its vaccine to be 95 percent effective in adults, and the company has requested emergency authorization from the F.D.A. Britain approved the Pfizer vaccine for adults on Wednesday, the first country to do so.

AstraZeneca has also tested its vaccine in children, but not in the United States.

As vaccine studies have moved forward, rumors have spread on social media, particularly among people who oppose vaccines in general, that President-elect Joseph R. Biden Jr. plans to require vaccination for everyone, including children. His team has denied those claims, and Mr. Biden has said that he will rely on scientists’ advice for the best way to end the pandemic.

About the Author: By Denise Grady