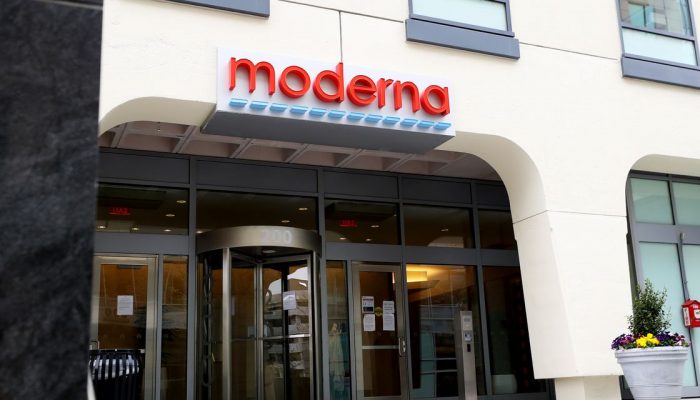 Shares of the biotech company
Moderna
have more than tripled this year, as the company has rushed forward with a program to develop a Covid-19 vaccine. Moderna’s program has progressed at a breakneck pace, and on Monday the company reported promising early data from an ongoing Phase 1 trial.

As shares climbed 20% on Monday, and the company’s market capitalization toyed with the $30 billion mark, investors are wondering: Does that figure really make sense?

“I’ve got shorts screaming at me about the price, I’ve got longs telling me it’s worth more,” says Edward Tenthoff, a senior analyst at Piper Sandler.

Moderna (ticker: MRNA), which specializes in therapeutics and vaccines made using messenger RNA, has no marketed products, but a long pipeline and a number of drugs in clinical trials.

Tenthoff is among those who say that the market’s excitement over the stock is warranted. On Monday, he raised his price target on the stock to $102, from $57, and maintained his Overweight rating. The stock closed at $80 on Monday.

After the market close, Moderna took advantage of the stock surge, announcing a proposed public offering of $1.3 billion in shares. The company said that the offering would “fund working capital needs related to the manufacturing” of its Covid-19 vaccine, among other things. Shares of Moderna dropped 2.1% in after-hours trading.

Hartaj Singh, a senior analyst at Oppenheimer, says that the new offering suggests that Moderna may seek to sell the vaccine on its own around the world, rather than selling global rights to a partner. The $1.3 billion the company is seeking, he said, approximates what it could receive as an upfront payment for global rights.

“This seems to indicate a company that’s going to go the ex-U.S. route by themselves,” says Singh, who has a $108 price target on the stock. “I think it’s very rational.”

As of Monday afternoon, the average rating among 11 analysts covering the stock was a Buy, according to FactSet, and the average target price was $71.27.

Key to the question of whether Moderna is actually worth $30 billion is not only whether the Covid-19 vaccine will work, but how much the company can charge for it. Unlike some of the big pharma giants developing Covid-19 vaccines, including
Johnson & Johnson
(JNJ) and
AstraZeneca
(AZN), Moderna has not said it will not seek a profit on the vaccine.

As to whether the drug will make it to market, many questions remain. The Phase 1 data announced Monday represents only an early step of the validation that the vaccine will require, even along the extraordinarily accelerated trajectory that the Moderna program is following.

“I’d say the data they released today looks fairly promising,” Bernstein Research senior analyst Vincent Chen, who does not cover Moderna but who has been tracking the Covid-19 vaccine race, told Barron’s. “In terms of whether this indeed translates into a game-changing vaccine that protects all of us from Covid, I think that remains an open question.”

Other analysts appear increasingly optimistic. In a Monday note in which he increased his price target on the stock to $105 from $63, Goldman Sachs’s Salveen Richter assigned a 75% probability of success to Moderna’s Covid-19 prophylactic vaccine.

Tenthoff, meanwhile, wrote that he estimated that the Covid-19 vaccine program was now worth $15 billion after the new data on Monday; previously, he had pegged its value to the company at $2 billion.

That value will eventually be determined by the amount the company is able to charge for the vaccine.

Asked about pricing of the vaccine on an investor call Wednesday, Moderna’s CEO, Stéphane Bancel, said that the company had made no decisions as yet. “We want to do a deep-dive analysis of value,” Bancel said. “When you think about the health care costs and the health care system, we want to understand the value of the vaccine.”

Covid-19 vaccine pricing will be a politically fraught decision. In a note over the weekend, Morgan Stanley analysts Matthew Harrison, David Risinger, and David Lewis, estimated that a Covid-19 vaccine would be priced at between $5 and $10 a dose on average during the pandemic, and between $13 and $30 after 2023. They wrote that the total market during the pandemic for vaccines would be between $10 billion and $30 billion, and between $2 billion and $25 billion a year in the long term.

Tenthoff notes that Moderna has said it aims to manufacture 1 billion doses a year. At $10 per dose, he wrote that the company could clock $10 billion in revenues in 2021 from the Covid-19 vaccine alone.

“Stocks trade on expectations,” Tenthoff says. “This stock is trading on the expectation to be able to deliver a billion vaccine doses a year.”

Still, many questions remain. The vaccine remains far from a sure shot, despite Monday’s enthusiasm. And a number of vaccine efforts are hot on Moderna’s heels. It is far from clear that, even if the vaccine is made available this fall, it would be the only vaccine on the market then, or in 2021.

About the Author: Josh Nathan-Kazis