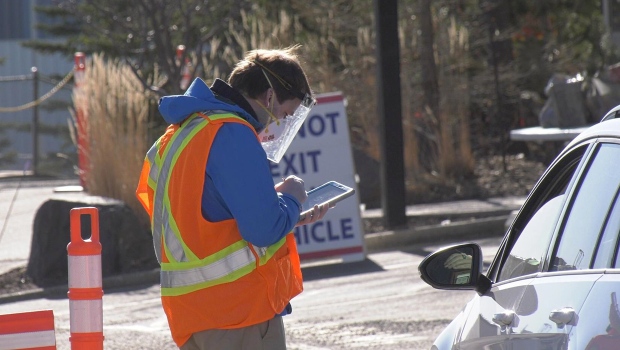 
CALGARY —
Life under COVID-19 has dramatically increased people’s financial stress – with about one-third of Albertans concerned about making ends meet beyond the next couple of months. Despite this, the greatest challenge for most is life without each other.

This according to a new poll by Think HQ released Monday. The poll measured Albertans concerns and attitudes on a wide range of subjects related to life coming out of nearly two months of restrictions and dire health warnings.

The results show that although 30 per cent of respondents had their jobs affected by the shutdown, by far the hardest part has been not seeing our friends and family.

Another surprising number, given the emphasis put on an effective vaccine as a way back to life as it was before the pandemic, is vaccination intentions. If or when a COVID-19 vaccine is developed, 80 per cent of Albertans are at least somewhat likely to get the shot.

But previous research on flu vaccination rates suggest that will translate to just 36-40 per cent of people actually getting vaccinated. To be effective, most vaccines need much higher rates — in the order of 90-95 per cent for communicable diseases such as measles.

While the province is trying to reopen businesses, not all will enjoy a quick return of customers.

The poll shows that people are generally comfortable with visits to the doctor, small social gatherings and haircuts. But most will continue to avoid air travel and large crowds for sports, concerts or conventions.

“For instance, going back to restaurants or bars or to the mall,” said Marc Henry, pollster at Think HQ. “You’ve got about a third of people who did that regularly in the past who probably won’t do that again until there’s a vaccine.”

“The thing that they miss the most is that personal interaction with close friends and family, that’s really the hardest part for many Albertans.”

More than one-third of people report being uncomfortable returning to restaurants until there is a vaccine.

Among lower ranking serious concerns for people is the feeling of being inundated with COVID-19-related news.

If you are feeling overwhelmed, anxious or depressed, call 211 and a live operator can put you in touch with help. It’s a free and confidential call.

The representative poll released today was conducted April 22 to 26 and is considered accurate +/- 2.8 percentage points 19 times out of 20.

About the Author: Bill Macfarlane